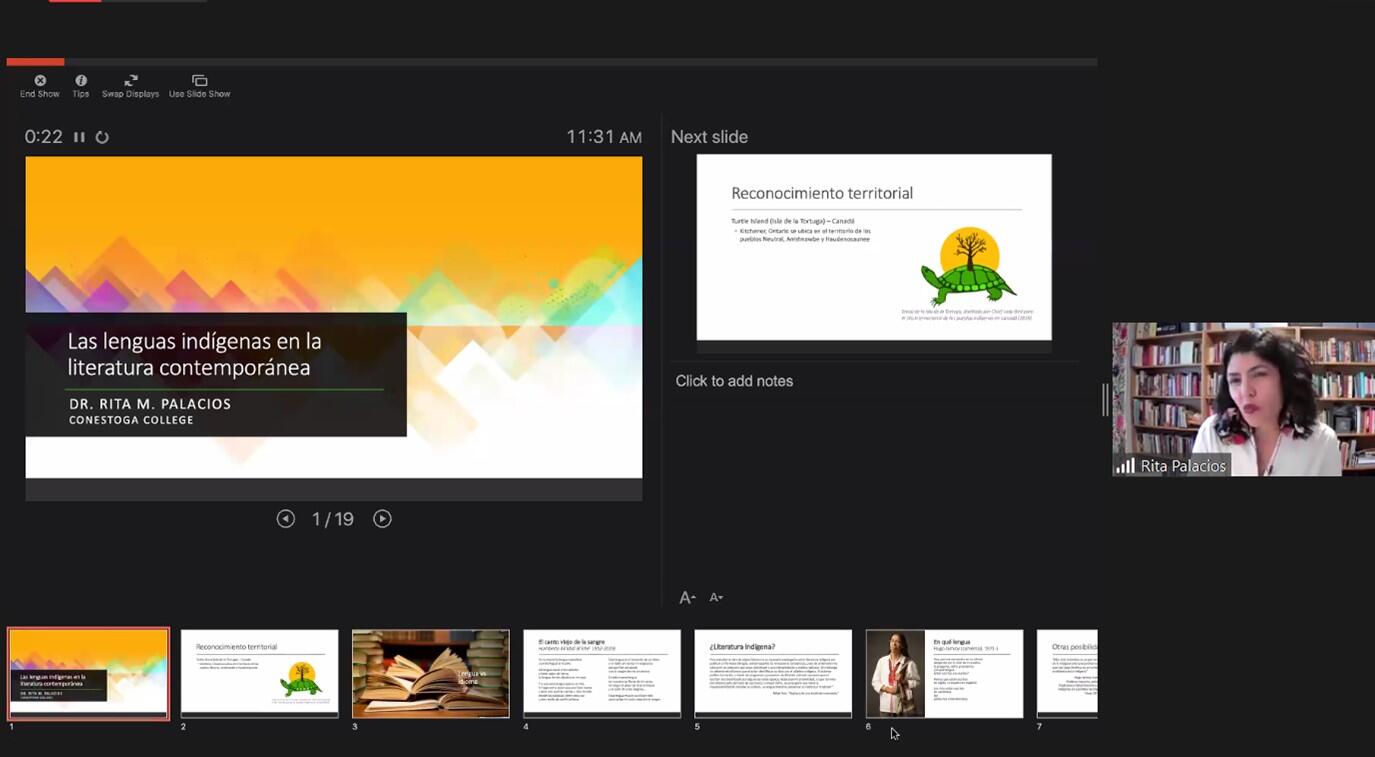 The event welcomed UICEH students, teachers, and staff with activities that promoted cultural diversity and multilingualism and the importance of protecting and preserving languages. International Mother Language Day is celebrated annually to recognize the vital role languages play in development through cultural diversity and intercultural dialogue to build inclusive societies.

Palacios, a language professor in Conestoga’s School of Interdisciplinary Studies, is a specialist in contemporary Maya literature written in Guatemala and Mexico through a decolonial lens. Her presentation explored language revitalization through literature and the interdisciplinary approach to claim mother tongues of Indigenous Peoples as sources of cultural, historical, scientific and technological knowledge.

“Language is so much more than just words -- it’s philosophy, it’s science, it’s relationships -- there are all these things that are lost if we just simply teach it as a one-to-one translation,” said Palacios. “If you sit with a word or use it to talk to people, you realize that there is a whole way of seeing the world through that word. The importance of reviving Indigenous languages means maintaining the traditional knowledge and the relationships those words have.”

Located in the city of Tenango de Doria, UICEH is one of 12 intercultural universities in Mexico established to provide access to higher education in rural regions with a mainly Indigenous population. The schools train for economic development through programs based on a model that combines scientific and traditional knowledge to preserve cultures and languages.

In his opening remarks, UICEH president Sergio Cortez Gamboa spoke about Tenango de Doria and its surrounding area being home to Indigenous populations of Hñähñu, Ñuhu, Nahua and Tepehua people. UICEH incorporates Nahuatl, Otomí in its Ñuhu and Hñähñu variants, as well as Lhima’alh’ama (Tepehua) languages in its education model. Reports indicate that there are currently less than 1,700 Tepehua language speakers.

Palacios, as well as Dr. Andrew Schmitz, chair of Interdisciplinary Studies at Conestoga, were invited to participate in the conference as part of a collaborative partnership the college shares with UICEH. In 2019, members of the Conestoga community, including Palacios, visited the school through the Mexican Government Grant Program for Canadian Indigenous Students, which provides opportunities to enhance bilateral exchange between Indigenous and intercultural academic communities.