Conestoga’s School of Trades & Apprenticeship hosted a virtual Talk2WomenInTrades session on April 6 to provide an opportunity for individuals interested in exploring a skilled trades career to connect with female apprentices in Conestoga programs. The event was the third in a five-part series. 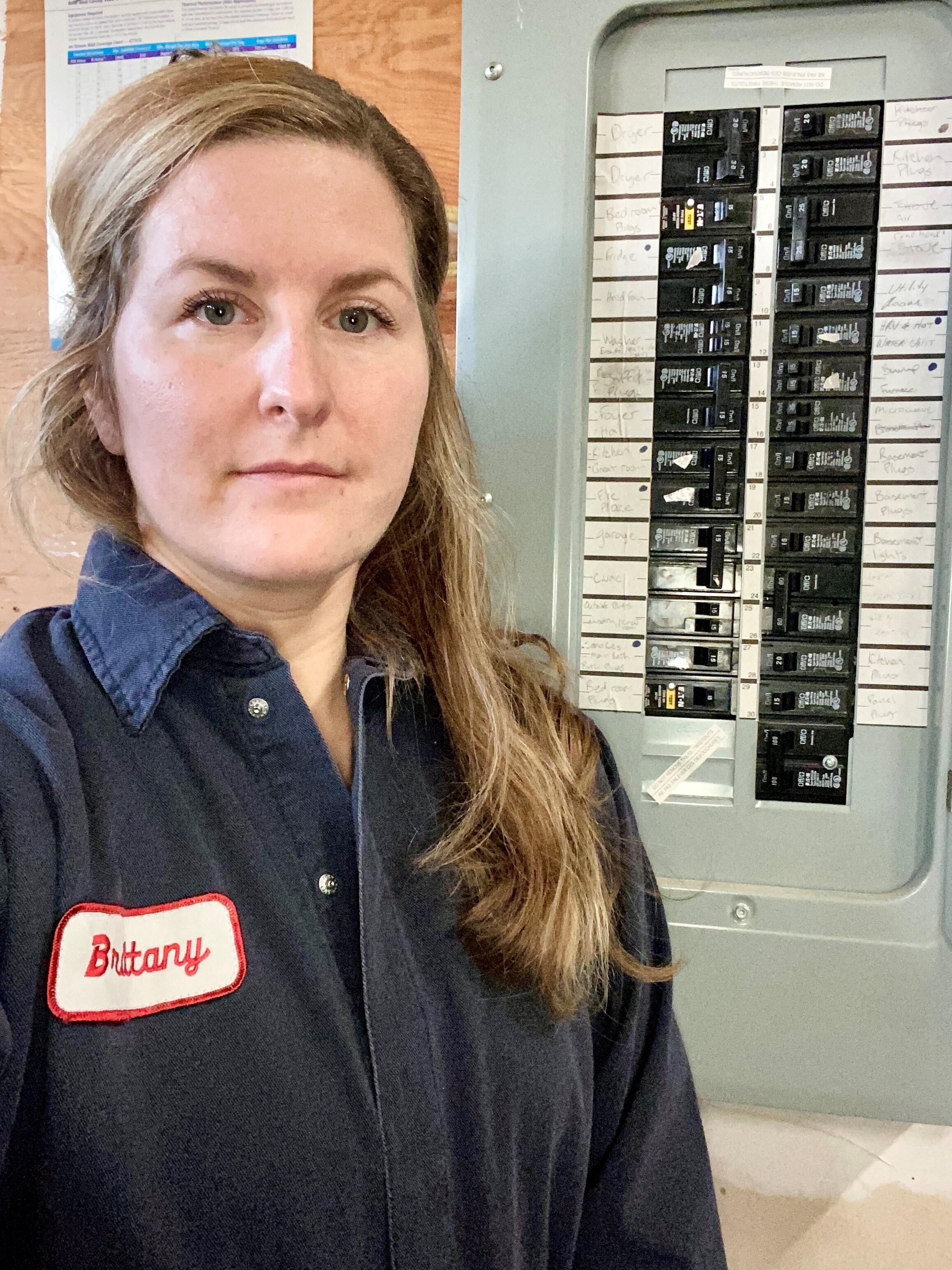 Brittany Henry, an electrician apprentice completing in-school training through Conestoga, shared her journey as part of the college’s Talk2WomenInTrades series.

The session featured Brittany Henry, an electrician apprentice completing in-school training through Conestoga. Henry, who is also a 2011 graduate of the college’s Industrial Maintenance Mechanic program, shared her journey and offered insights into career opportunities.

“I started in the automotive industry. I worked in production for three years,” said Henry. “During that time, I was exposed to stamping presses that formed cars, and every time there was a breakdown, they would have millwrights come in and take apart the presses. It sounded super exciting and interesting.”

Henry moved into the trades as a licensed millwright, eventually landing in robotics and finding an opportunity to pursue an apprenticeship as an electrician.

“Sometimes, when you’re in a highly automated industry, mechanical and electrical go hand-in-hand. It gives me an upper hand when it comes to troubleshooting machinery,” said Henry. “But there are so many different routes when it comes to electricians. There’s construction and maintenance where you’re wiring up high-rise buildings, or you have industrial, which is what I am, working on equipment, and you also have residential. The nice thing about choosing electrical is if you don’t like one facet, you can move to the next.”

In addition to different sectors, Henry also discussed various roles a career as an electrician could lead to, including technical managers, project management and maintenance scheduling.

“I find with the trades, you’re never going to lose,” Henry continued. “Because they are such valuable skills, you can use them almost anywhere.”

There is a growing skills gap as the demand to keep pace with population growth and changing workforce demographics increases. Reports indicate more than 700,000 skilled tradespeople are set to retire by 2028. Canada needs more than 167,000 new apprentices alone to keep pace. According to Statistics Canada, women account for roughly four per cent of workers in under-represented skilled trades occupations.

Conestoga is a leader in skilled trades training for women. Through gender-specific programming and mentoring opportunities, the college assists and encourages women to pursue careers in under-represented and non-traditional occupations.

The next Talk2WomenInTrades sessions will be held on April 20 and May 4.