On April 6, Conestoga’s School of Trades & Apprenticeship hosted a virtual Talk2WomenInTrades session. The event was third in a four-part series providing an opportunity for women interested in exploring a skilled trades career to connect with upper-year female apprentices in Conestoga programs. 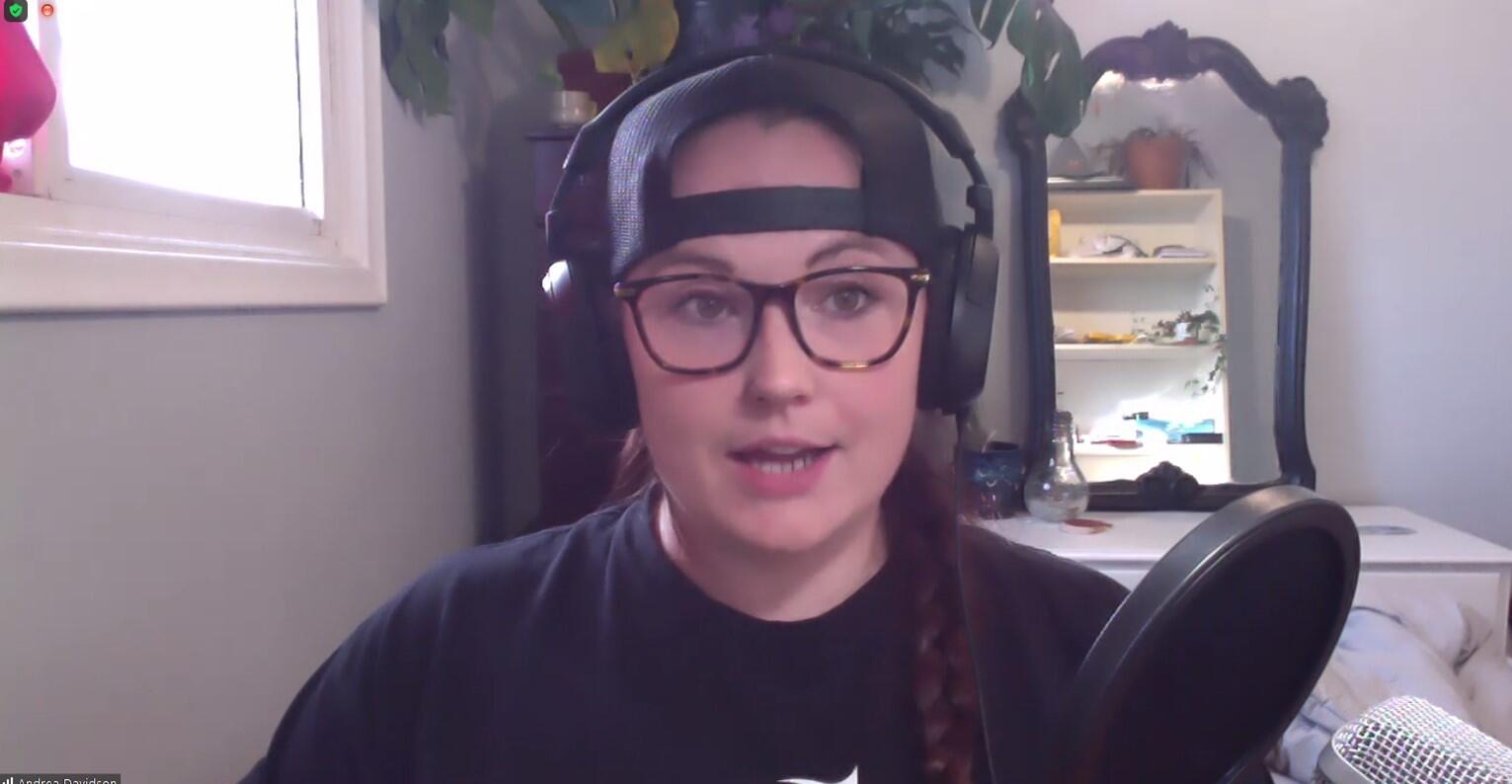 Andrea Davidson, an electrician (construction and maintenance) (309A) apprentice completing in-school training through Conestoga, shared her journey as part of the college’s Talk2WomenInTrades series.

The session featured Andrea Davidson, an electrician (construction and maintenance) (309A) apprentice completing in-school training through Conestoga. Davidson, who is also a 2015 graduate of the college’s Electrical Technician - Industrial program, shared her journey and offered insight into available pathways and career opportunities.

Davidson’s on-the-job training started in construction, where she had opportunities to wire and retrofit facilities and venues. She currently works in automation, wiring on a smaller scale to install robots and machines in factories. Davidson said her path to skilled trades wasn’t always clear and included five years at university -- a story, she said, similar to other women in the industry.

“I had always been on the path to go to university. It’s not that I was told not to go to college or not to join a trade -- it just wasn’t in the realm of something I could do after high school,” said Davidson. “I often wonder where I would be right now if I had started my trade right out of high school -- I’d be licensed by now. That is, to me, one of the reasons why talks like this or talks to schools are so important. I think if I had been exposed to the trades when I was younger, my whole life would be changed.”

Through gender-specific programming and mentorship opportunities, Conestoga assists and encourages women to pursue careers in under-represented and non-traditional occupations. The college’s tuition-free Women in Skilled Trades certificate program, as well as the Increasing Canada’s Prosperity through Skilled Trades initiative, support low-income women who are unemployed or underemployed prepare for careers in trades.

College events like Jill of All Trades, Go ENG Girl, Go CODE Girl, and Trades and Technology days are also hosted through Conestoga for young women in elementary and secondary schools to learn more about careers in engineering, technology and trades.

Davidson has been heavily involved in outreach programs through Conestoga as part of the Weston Family Scholarship in the Skilled Trades. Supported by the Weston Family Foundation, the program aims to help increase multi-trade recruitment and address skills shortages. In addition to financial support, recipients participate in numerous events and co-curricular activities through the college to promote skilled trades careers, as well as mentorship initiatives in the community as student ambassadors. Since the launch of the program in 2018, Conestoga’s Weston Family Scholars have grown to include more than 120 students and apprentices across various construction, industrial and motive power sector programs. Davidson was among the first cohort.

“Women in trades is about visibility,” Davidson continued. “If someone sees me out there doing my thing and thinks, I can do that -- if it helps even one person -- that makes all the difference to me, and I’m grateful that I’ve had those opportunities.”

The next Talk2WomenInTrades session will be held on April 20.