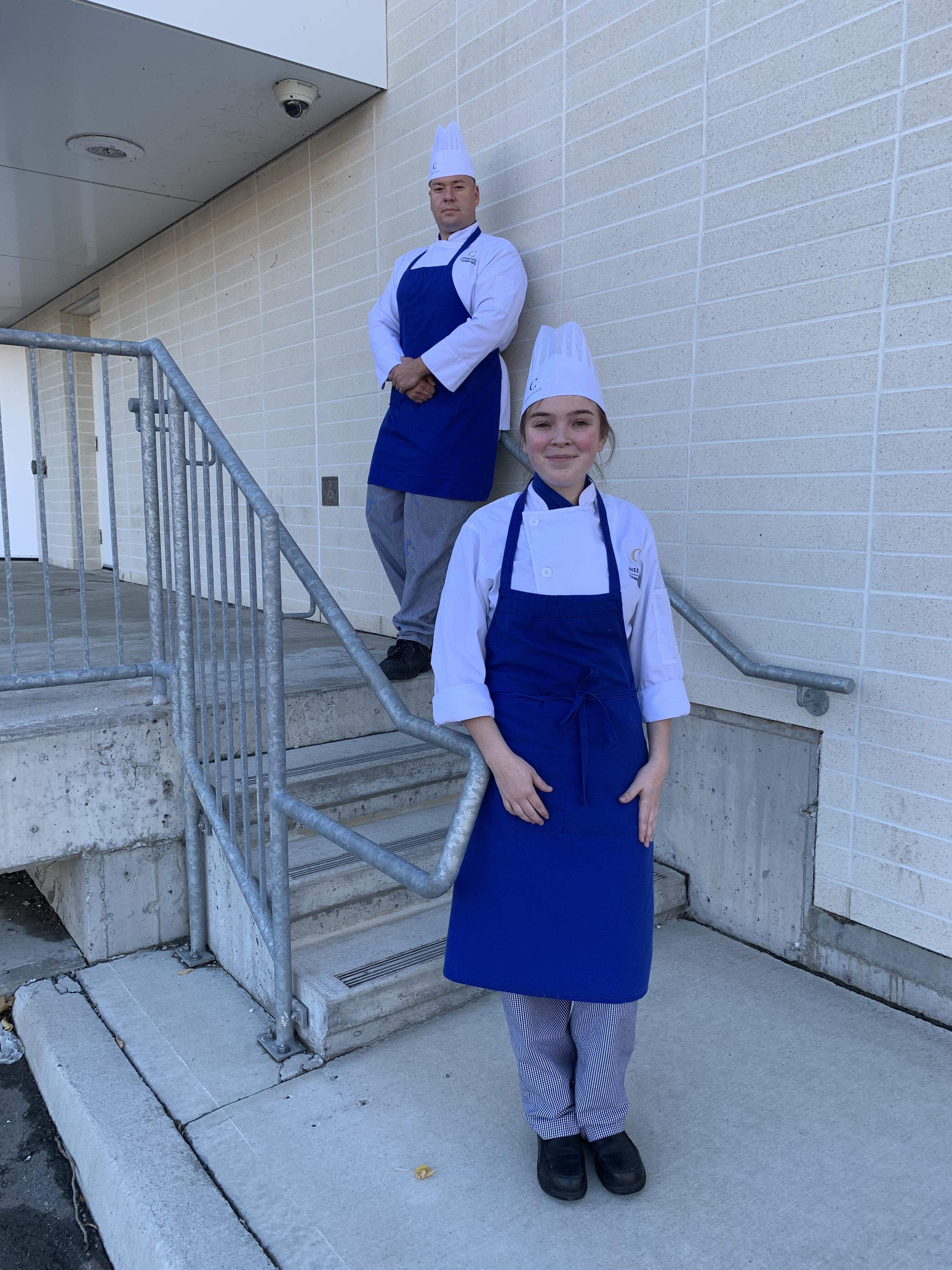 "Ivan and Angela's determination, creativity and willingness to adapt during the contest process this year was truly a lesson in leadership and professionalism,” said Brad Lomanto, executive chef, School of Hospitality and Culinary Arts. “I’m so very proud of what they were able to accomplish and present on behalf of Conestoga's Culinary Arts program. Congratulations to Ivan and Angela on their silver medals.”

Dishes prepared by students were required to have ingredients from at least four provinces and all ingredients had to be a product of Canada. The Conestoga team’s winning dish was pan seared beef liver with butternut squash polenta, Three Sisters stew and pickled beet spheres.

Due to COVID-19, the competition was modified this year and presented virtually. Student recipes were submitted, along with accompanying photos, which were reviewed and judged by chefs Anna Olson, Claire Tansey and Mark Burton on writing technique, creativity and presentation.

According to Lomanto, students were able to pick up their ingredients at the college, but completed their testing at home and worked collaboratively on recipe development through Zoom and email.

Conestoga’s School of Hospitality & Culinary Arts is a leader in culinary and hospitality programming that prepares students for successful careers in Canada’s dynamic tourism industry.