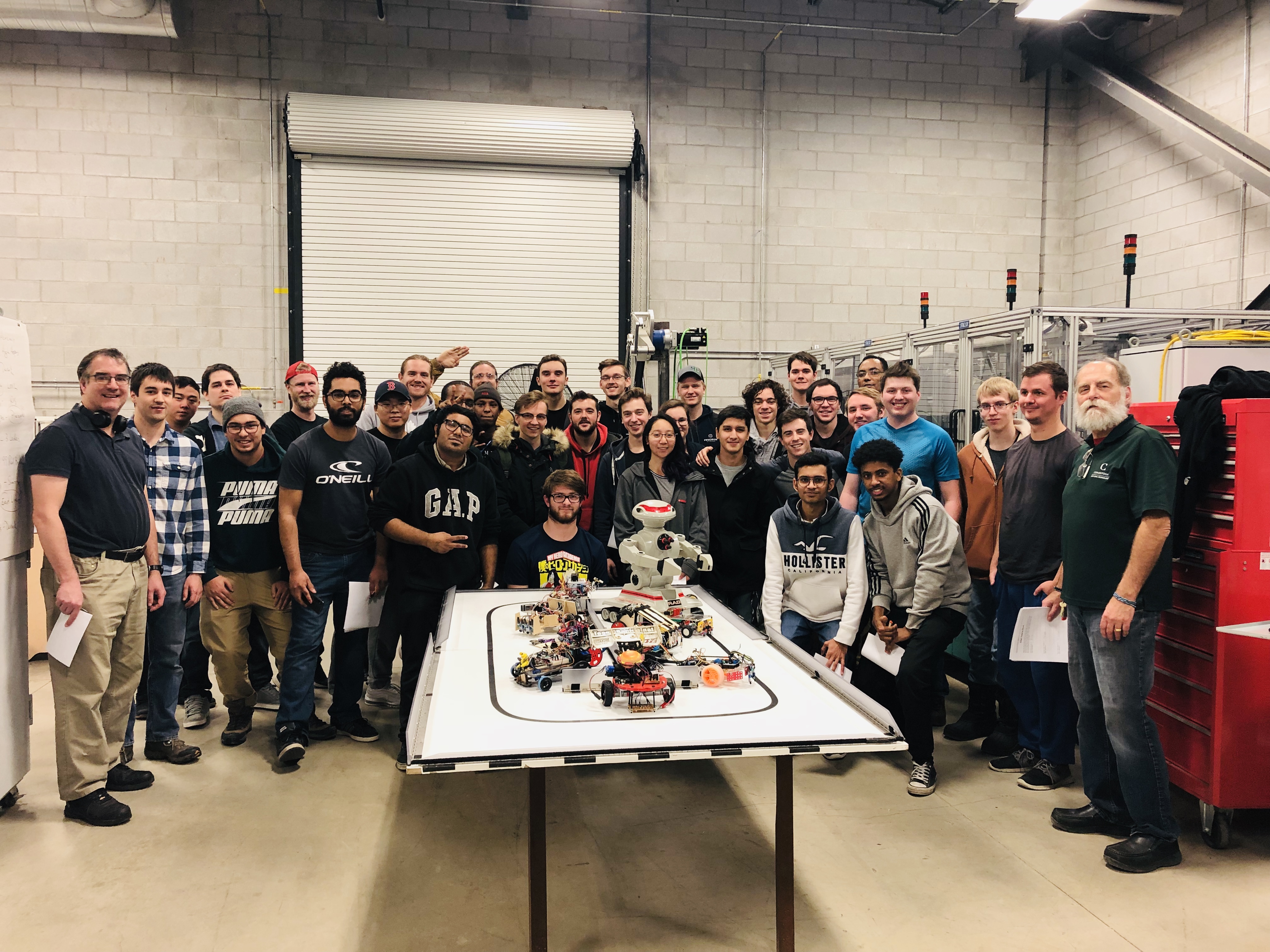 The showcase was a culmination of skills learned in the program’s Introduction to Robotics course, where students are introduced to the history, use and principles of robots in industry, and have the opportunity to program various types of robot controllers.

For their final project, students were tasked with designing and building a robotic line-follower car to compete in a round-robin tournament. Line-followers are a type of autonomous robot using sensors to follow the edge of a line to feed back to an Arduino microcontroller for direction.

“Students had to use mechanical, electrical and software skills to build a robot of their own design,” said faculty member Chris Dobson. “They were required to use a microcontroller to control the car and were allowed to purchase some of the components, such as sensors, or build their own.”

The project required students to use microcontroller programming and wiring skills to interface with sensors and motors, and in addition to incorporating mechanical, electrical and software designs, students needed to consider the robot’s weight, durability and power consumption in order to be the fastest around the track.

Grades were based on the robot’s ability to navigate the path; the engineering of the robot, including which components were built and which were purchased; documentation; aesthetics, voted on by the class; and of course, race results.

In total, 24 teams faced off in sets of two until one robot emerged the strongest. Connor Milne was the sole member of team Blitz, claiming the top spot.

“Students are always very enthusiastic about this project,” said Dobson, “and seem to have a lot of fun putting into practice the theory they have learned.”