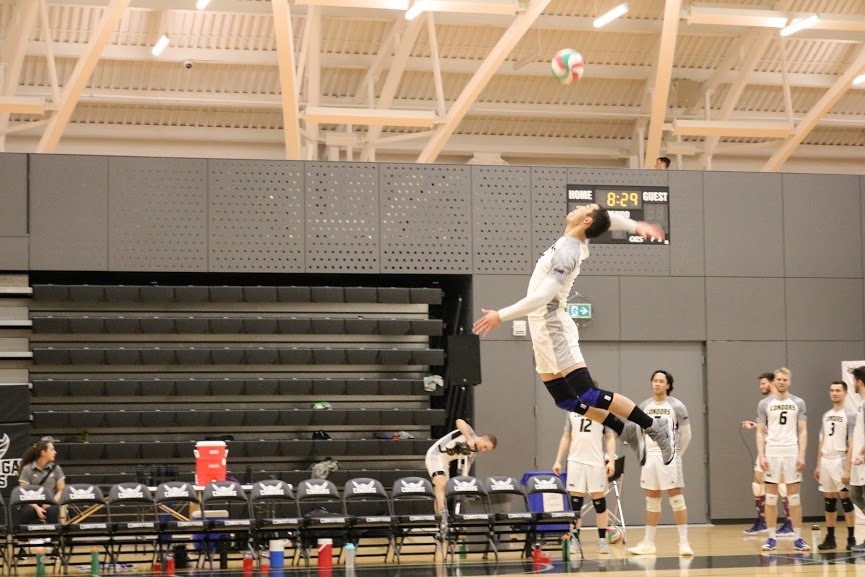 Varsity volleyball player Wesley Lau is the first Conestoga athlete to surpass the 1,000-career point mark, and is close to being one of the top five in all-time Ontario Colleges Athletic Association points.

“I had no idea about this milestone until a few games ago when my coach brought it up,” admitted Lau. “But it was pretty cool to know.”

Lau, a student in the Bachelor of Applied Technology (Honours) - Architecture - Project and Facility Management program, and a graduate of the Architecture - Construction Engineering Technology advanced diploma program, plays left side and is currently in his fifth season with the Condors.

In addition to surpassing the 1,000-career point mark, he is close to being one of the top five in all-time Ontario Colleges Athletic Association points, and has earned a long list of other accolades.

He has been named team MVP four years in a row, was awarded Conestoga’s male athlete of the year twice, and in 2018 was a Canadian Collegiate Athletic Association (CCAA) Academic All-Canadian award recipient. As CCAA’s most prestigious student-athlete honour, the award recognizes commitment to academic success and athletic achievement. Lau has also received varsity athletic bursaries and a CSI-sponsored sports scholarship.

“Volleyball was more of a side sport until college. I started to focus on volleyball at Conestoga because there was no basketball team five years ago and I really started to enjoy volleyball more,” explained Lau.

He anticipates graduating this year, and the end of this year’s varsity season may also mean the end of Lau’s volleyball career: “I have been battling with partial patellar tendon tears in my knees for a while now, so it’s most likely time to retire after college.”