On October 1, Conestoga’s Doon campus was one of nearly 60 locations across Canada to host the annual CIBC Run for the Cure. The run is the largest single-day, volunteer-led event dedicated to raising funds for breast cancer research. 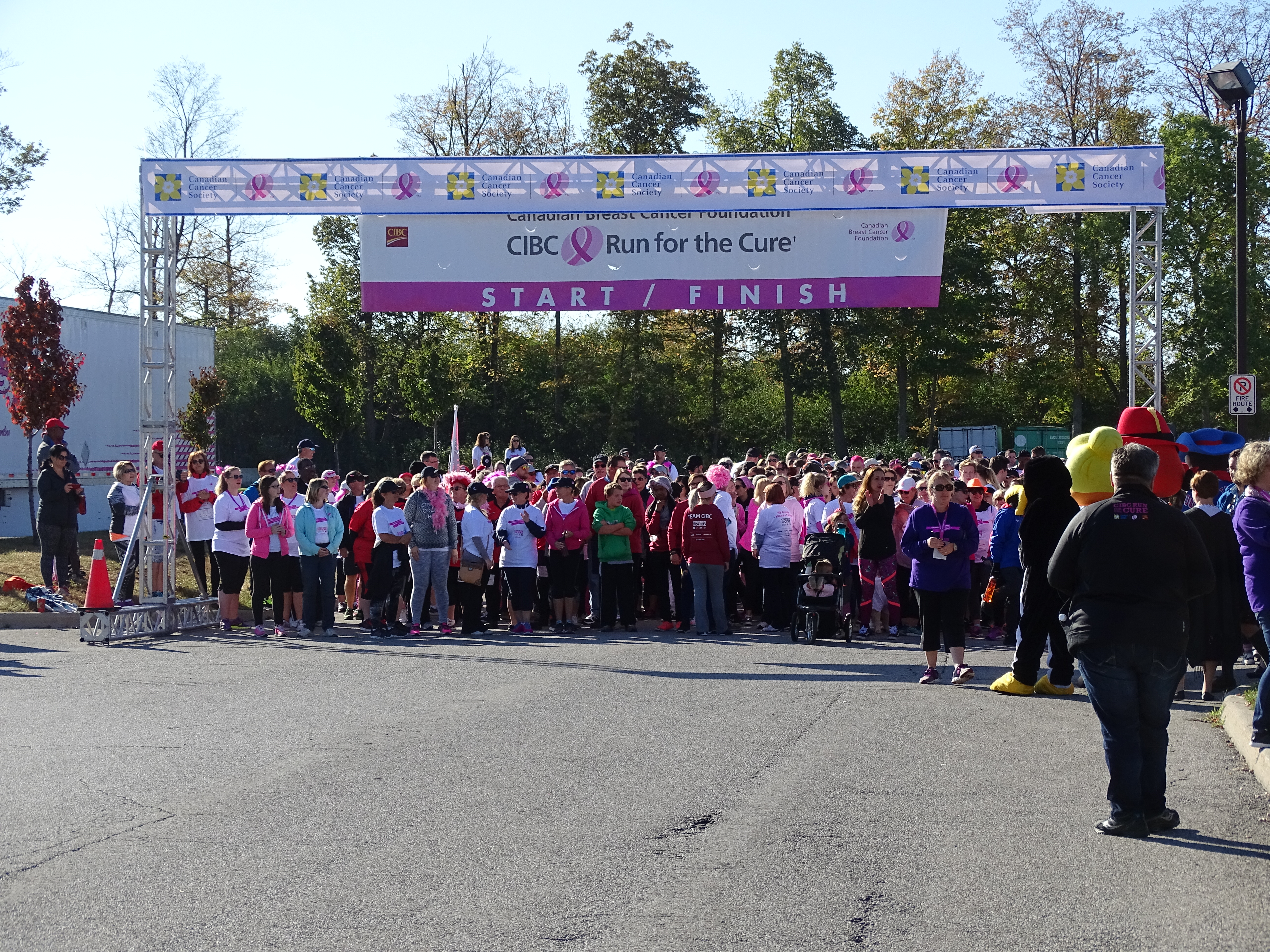 On October 1, Conestoga's Doon campus was one of nearly 60 locations across Canada to host the annual CIBC Run for the Cure.

“I am truly inspired to see so many Canadians once again embrace the Canadian Cancer Society CIBC Run for the Cure and show their passionate support for changing the future of breast cancer,” said Lynne Hudson, president and CEO of the Canadian Cancer Society, in a statement following the run. “One in eight Canadian women is expected to be diagnosed with breast cancer in her lifetime. The promise that thousands of Canadians from coast to coast made today will go a long way in helping us reduce those odds, improve outcomes and support people living with cancer and their families.”

This year the event raised $17 million for breast cancer research and support. More than $410 million has been raised since the event began in 1992.

According to the Canadian Cancer Society, the breast cancer death rate has dropped by 44 per cent since the late 1980s, with the current five-year survival rate now at 87 per cent thanks largely to research that has improved early detection, diagnosis and treatment.

It is estimated more 80,000 Canadians took part in the run; at Conestoga, more than 1,600 were expected to participate.