CIBC Run for the Cure at Conestoga

Conestoga's Doon and Cambridge (Fountain St.) campuses welcomed a sea of pink on Sunday, October 4 as breast cancer survivors and supporters participated in the 2015 Kitchener-Waterloo CIBC Run for the Cure in support of the Canadian Breast Cancer Foundation (CBCF). Participants arrived on campus sporting all kinds of pink accessories: wigs, boas, socks and onesies. 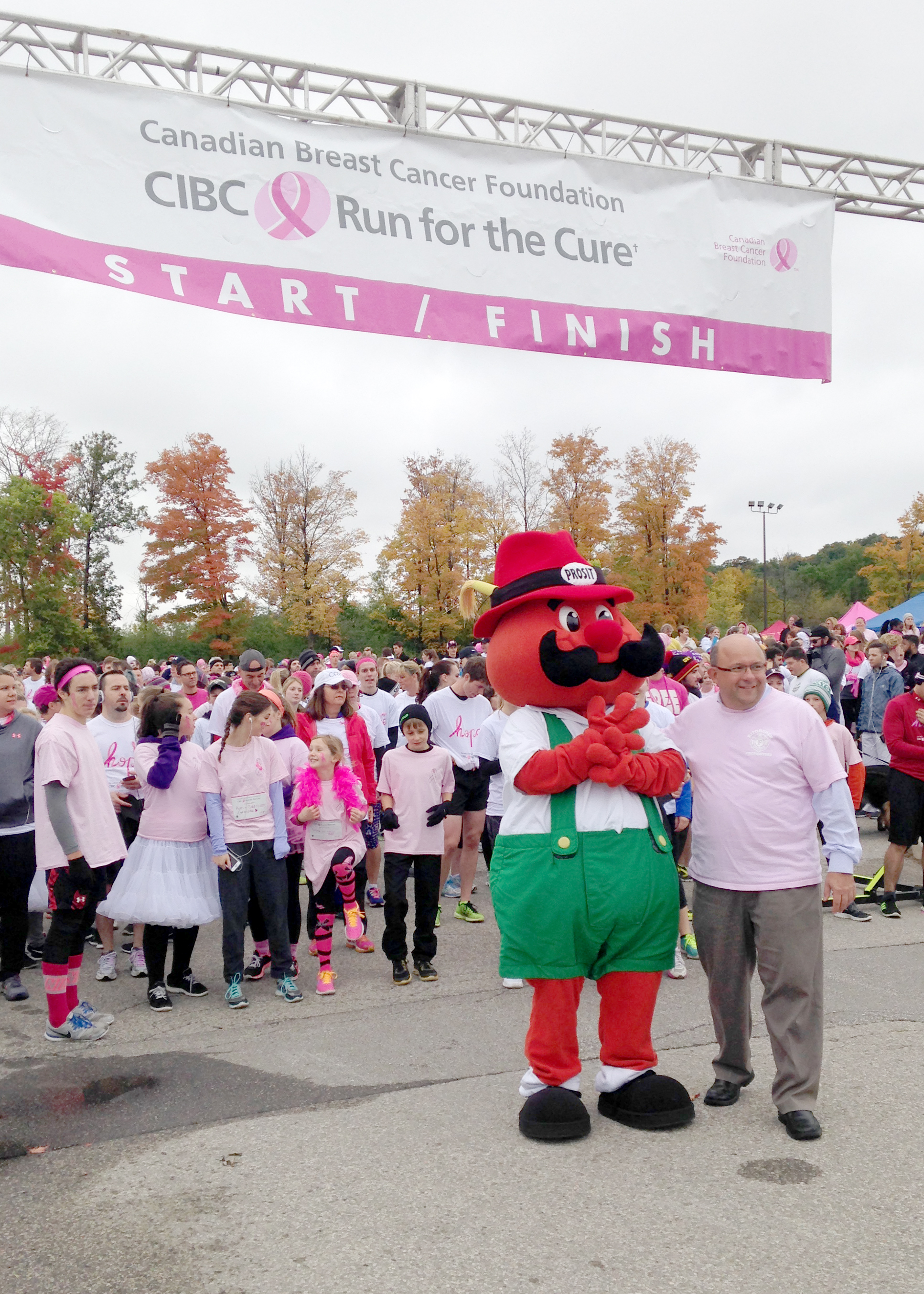 Onkel Hans and Kitchener mayor Berry Vrbanovic welcomed participants in the CIBC Run for the Cure to Conestoga College on Oct. 4, 2015.

Conestoga was one of 60 locations across the country to host the event, which invited participants to either walk or run a 5 km or 1 km route. Kitchener Mayor Berry Vrbanovic attended the event and took the lead at the starting line. Participants started the course at Doon and made their way to and from the turning point at the Cambridge campus.

The run, now in its 24th year, is the largest event of its kind in Canada and proceeds are directed to research initiatives to prevent and treat breast cancer. This year an estimated $21.5 million was raised across the country. The top ten teams participating at the Doon site each raised between $4,000 and $20,000 in donations.

In a press release released by the CBCF shortly after the run, CBCF chief executive officer Lynne Hudson thanked participants, volunteers and donors for "bringing us one step closer to realizing our vision of creating a future without breast cancer." It is estimated more than 25,000 women and men in Canada will be diagnosed with the disease in 2015.

For more information on the CBCF, visit its website