Close to 240 young women in Grades 9 through 12 participated in Conestoga's Jill of All TradesTM event on October 26 at the college's Cambridge - Fountain Street campus. 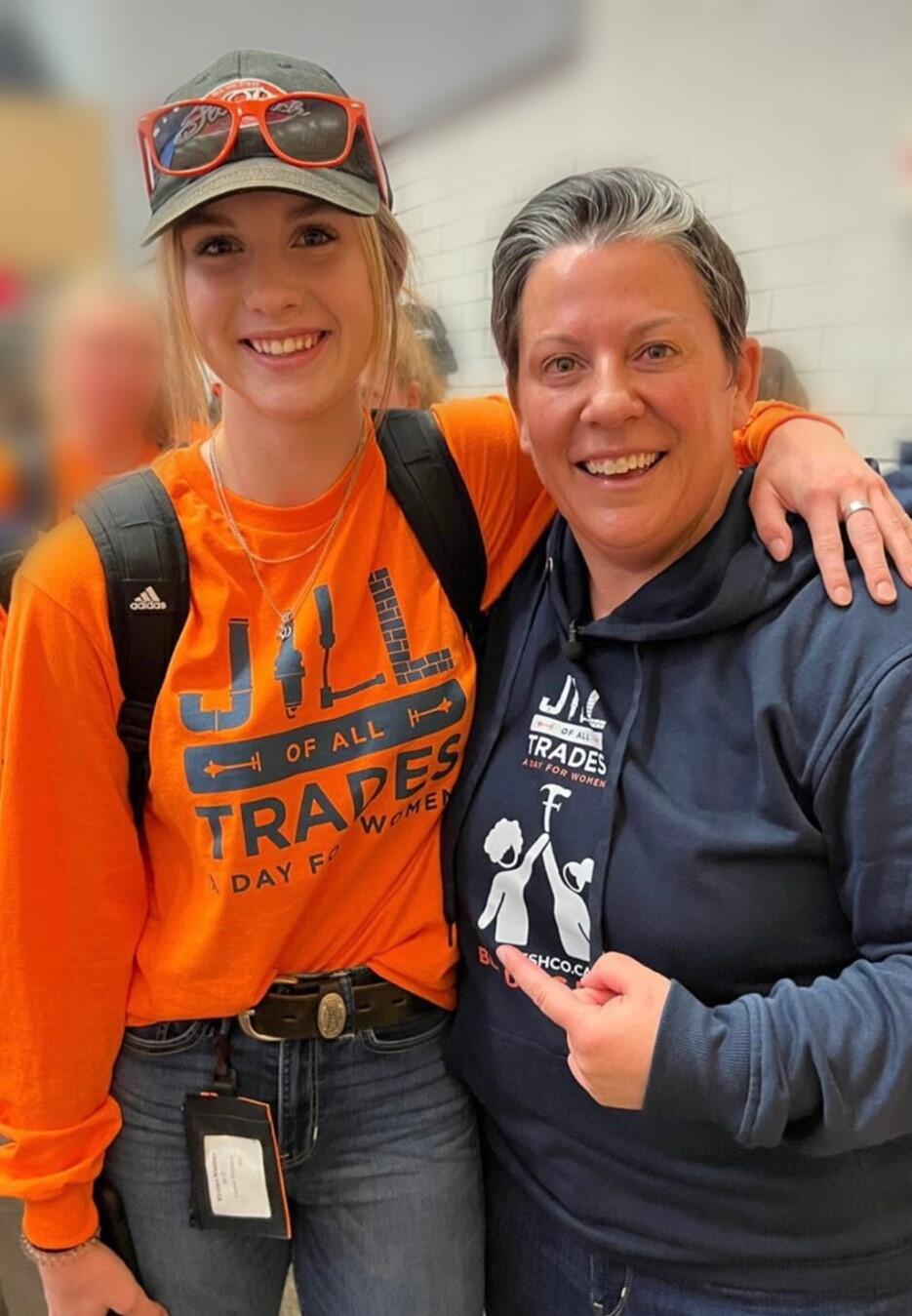 Delivered through the School College Work Initiative and the college's School of Trades & Apprenticeship, the event is designed to help girls better understand the potential of skilled trades careers. This year's participants joined from 35 schools in 10 boards across southwestern Ontario. The event was supported by more than 260 volunteers, including industry partners, faculty and graduates. Students participated in a selection of 15 hands-on workshops led by mentors, including framing and insulation, welding, robotics, heavy equipment operator, and food processing.

"When I was your age, and before I was your age and after I was your age, there was no such thing as Jill of All Trades," said Blue-Collar CEO Mandy Rennehan (Bear) to the girls in her keynote address. "This industry is full of so many opportunities and in between every single person in this room you are going to see a person that is your mentor."

Founder of multi-million-dollar retail maintenance and construction company Freshco.ca, Rennehan is a sought-after speaker, philanthropist, award-winning entrepreneur and trade-industry ambassador. She is a lead advisor in the federal government's national campaign to encourage apprenticeships and promote the skilled trades, and has received numerous business awards, including Canada's Most Admired CEO, the Toronto Region Board of Trade Business Leader of the Year Award, the RBC Canadian Women Entrepreneur Momentum Award and a Top 25 Women of Influence Award, and is a five-time winner of Canada's Most Powerful Women Top 100 Award from the Women's Executive Network. Bear is the host, designer and contractor for HGTV's renovation show, Trading Up with Mandy Rennehan.

A growing skills gap has emerged as the demand to keep pace with population growth and changing workforce demographics increases. Reports indicate more than 700,000 skilled tradespeople are set to retire by 2028. Canada needs more than 167,000 new apprentices alone to keep pace. According to Statistics Canada, women account for roughly four per cent of workers in under-represented skilled trades occupations.

Conestoga is a leader in skilled trades training for women. Through gender-specific programming and mentoring opportunities, the college assists and encourages women to pursue careers in under-represented and non-traditional occupations. In addition to Jill of All TradesTM, the college offers the Women in Skilled Trades (WIST) certificate program, supporting women to prepare for careers within the construction sector as general carpenters with the basic skills required to secure a position as an apprentice.

In 2021, Conestoga received support from Owens Corning Foundation to expand the delivery of Jill of All TradesTM to more locations. The program is expected to deliver 123 events across North America over the next four years, including six this year at post-secondary institutions in Ontario, Alberta and British Columbia.

Jill of All Trades 2022 is nationally sponsored by Owens Corning Foundation and Home Depot.