A fall harvest feast on September 22 welcomed local Indigenous partners to the college’s Waterloo campus. The event celebrated the success of the first full year and harvest from Gdoo-naaganinaa Gitigaan (Dish with One Spoon Garden), the college’s Indigenous Learning Garden at the Doon campus. 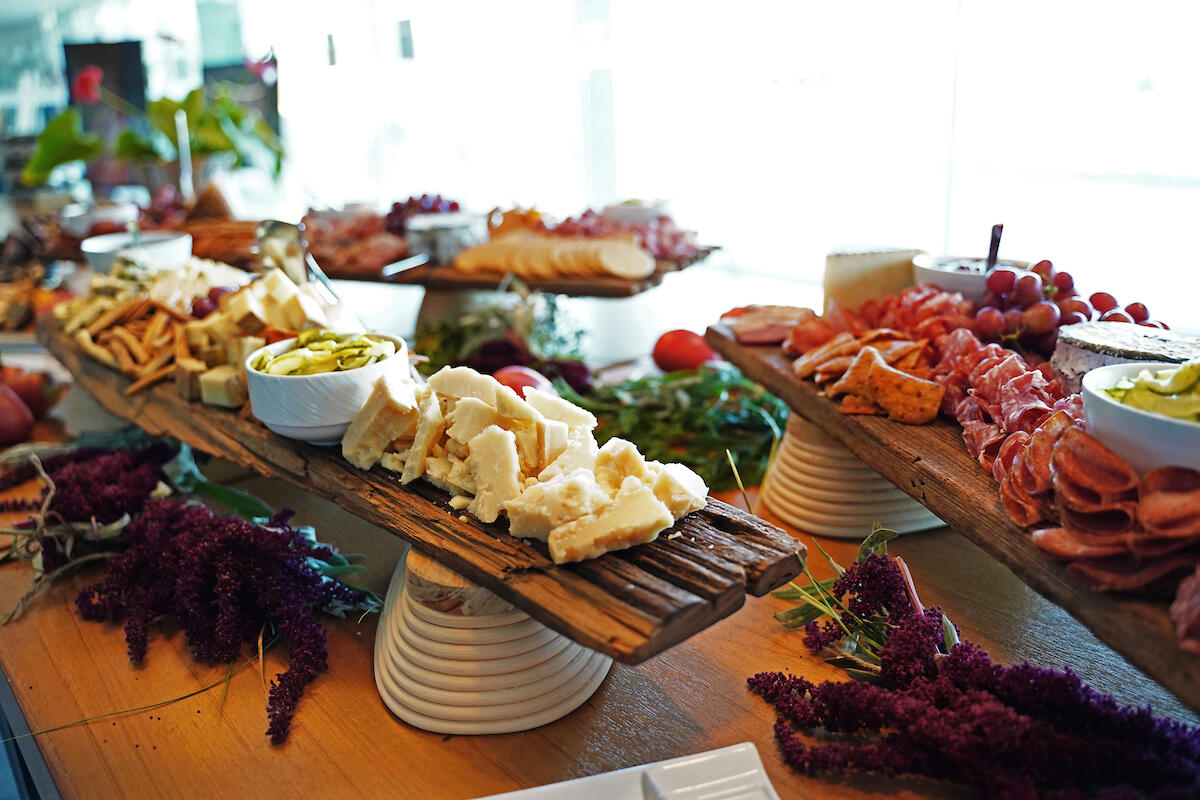 A fall harvest feast on September 22 welcomed local Indigenous partners to the college’s Waterloo campus to celebrate the success of the first full year and harvest from the college’s Indigenous Learning Garden.

“Our Thursday evening event was highlighted by dishes made by Indigenous chefs Sydney Keedwell, from Taco Farm in Waterloo, and Tawnya Brant, who will be appearing in this season’s Top Chef Canada,” said Shawn Brake, executive dean, Interdisciplinary Studies. “Both chefs used food harvested from the garden and local farms.”

Conestoga’s Indigenous garden covers an area close to 4,000 square feet and is shaped to resemble a medicine wheel. Planting began in May 2021 to include sacred medicines and local Indigenous foods, such as tobacco, sweetgrass, corn, bush beans and squash as well as potatoes, strawberries, raspberries and tomatoes.

Funding for it was provided, in part, by the Natural Sciences and Engineering Research Council of Canada (NSERC) through its College and Community Social Innovation Fund. Guest emcee Dave Skene, of White Owl, said the feast was also a celebration of the launch of a much larger Indigenous land-based NSERC grant on the Pioneer Tower lands, involving the City of Kitchener, White Owl Native Ancestry Association and Wisahkotewinowak Urban Indigenous Garden Collective.

Conestoga’s Indigenous Studies program and Be-Dah-Bin Gamik, a Place of New Beginnings, which provides services and supports for Indigenous students, collaborated to develop the garden. It serves as a living classroom to help build cross-cultural relationships and a deeper understanding of Indigenous land-based practices and knowledge, and is also used to bring members of the college together while supporting the broader community.

On June 20, employees and students gathered at the garden to recognize National Indigenous Peoples Day. Organized by a team of 60 employee and student volunteers from service areas and departments across the college, and in collaboration with Be-Dah-Bin Gamik, the day of reflection included a sacred fire where fire keeper Tyson James welcomed guests and explained Indigenous practices. Attendees were invited to spend time in the garden afterwards to continue their reflection and sample Indigenous foods. Seeds from last year’s harvest were available so that individuals could either plant them in the garden or at home.

The garden has also made an impact across the broader community. Last year it served more than 100 families through donations made to the Cambridge Food Bank. Brake said the weekly deliveries to the food bank were also made throughout the 2022 harvest.

Photos from the harvest event are available online.

Visit Conestoga’s website to learn more about Indigenous initiatives at the college.