Massi Basiri and Meti Basiri, Conestoga graduates and co-founders of Applyboard, joined the ranks of Ontario’s most distinguished college graduates on Thursday, November 18 when they were named 2021 recipients of Premier’s Awards during a virtual gala celebration. 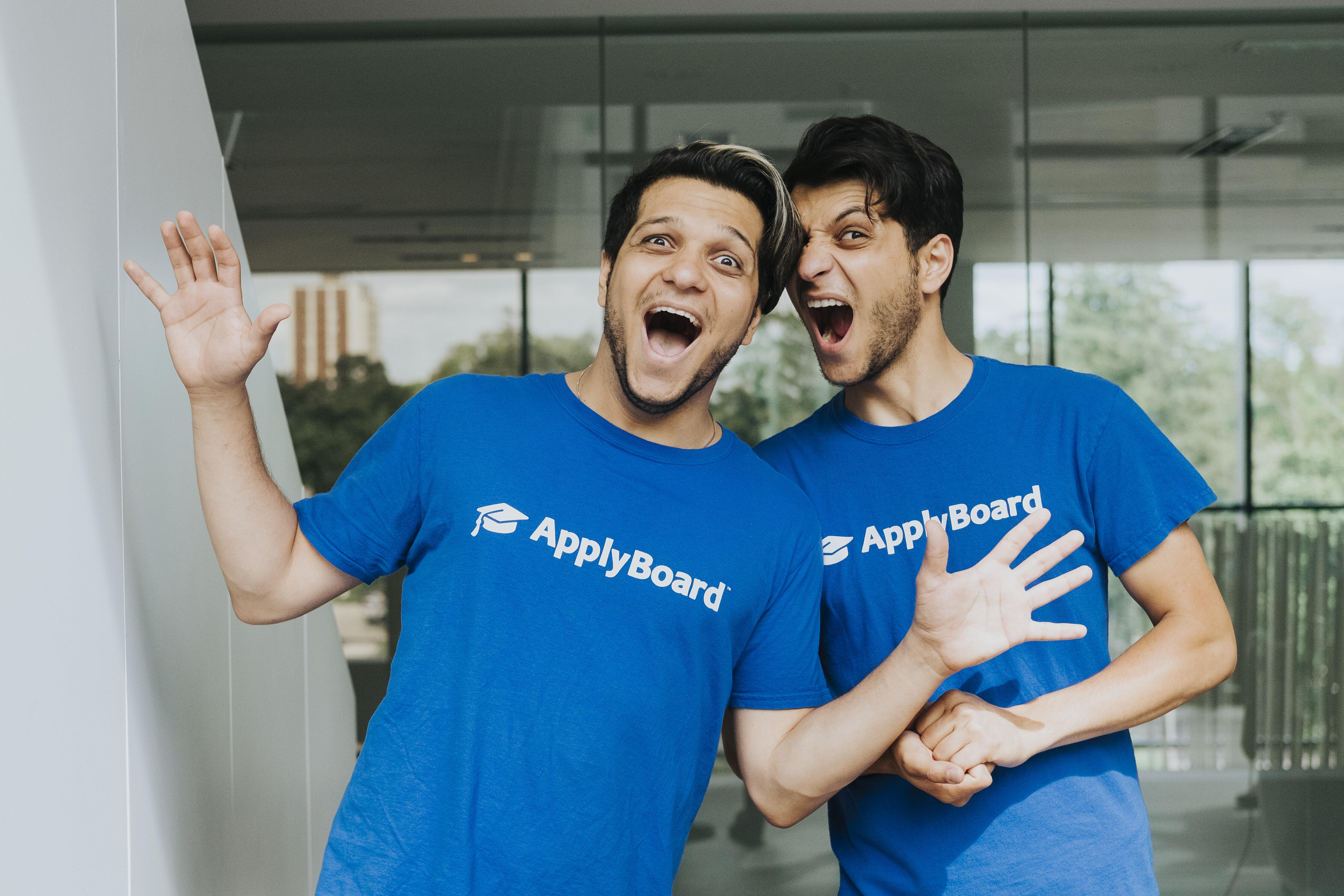 Brothers Meti Basiri (left) and Massi Basiri (right), Conestoga grads and co-founders of ApplyBoard, were honoured at the 2021 Premier's Awards on November 18.

The awards, established in 1992, acknowledge the social and economic contribution that Ontario college graduates make to the province and throughout the world. Award recipients, chosen from nominations submitted by the province’s 24 colleges, have demonstrated outstanding career success related to their college experience and have made significant contributions to their community.

Massi (Fitness & Health Promotion, 2014) and Meti (Business Marketing, 2014) were honoured in the Business category, which was sponsored by labour and employment law firm Hicks Morley.

In 2015, the brothers co-founded ApplyBoard, now the world’s largest online platform for international student recruitment and one of the fastest-growing technology companies in Canada. They have helped more than 200,000 students study at 1,500 educational institutions across North America, the United Kingdom and Australia.

“Thank you, Colleges Ontario, for this tremendous honour. When we arrived in Canada as international students at Conestoga College, we could only have dreamt of the opportunity ahead of us,” said Meti. “We are overjoyed that ApplyBoard and our 1,300 global team members have already helped more than 200,000 international students access education right here in Ontario and around the world.”

Recently, the platform was listed on the Deloitte Technology Fast 50 which recognizes Canada’s 50 fastest-growing technology companies with the highest revenue-growth percentage over the past four years. ApplyBoard ranked seventh with revenue growth of more than 5,000 per cent. It was second on the list last year, and first in 2019.

“Our professors and supporters at Conestoga and in the Kitchener-Waterloo community made all the difference in preparing us for the challenges and benefits ahead of us as we started ApplyBoard. You encouraged us and pushed us to do more, experiment more and not settle for the way things were,” added Massi. “You showed us how we could positively impact others with our creativity and drive to innovate.”

Visit the Alumni website for profiles of our Premier’s Award winners and the other 2021 Conestoga nominees.