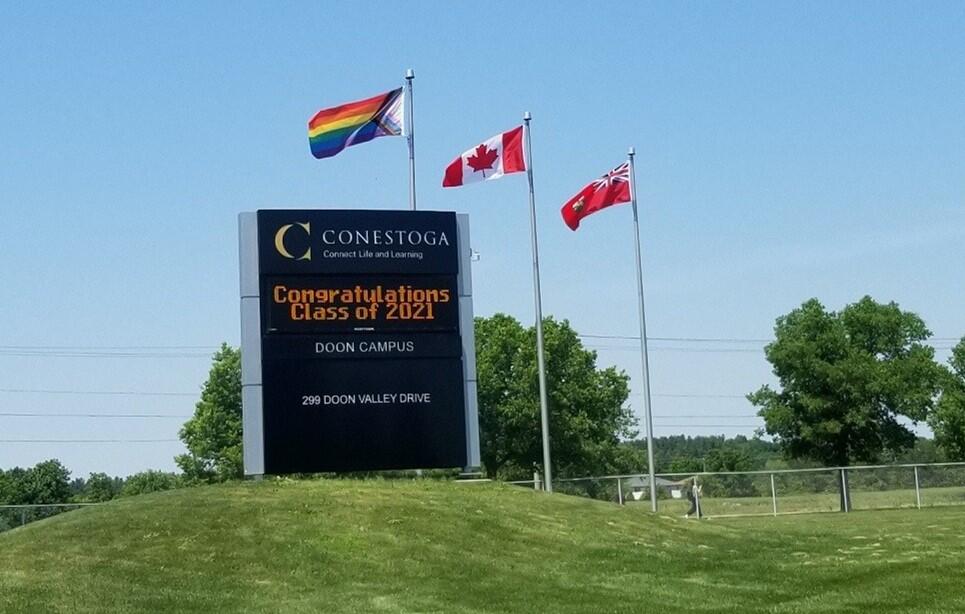 June is nationally recognized as Pride month in Canada, a time to celebrate diversity and show support and solidarity for the 2SLGBTQ2+ members of our community.

Multiple variations of the iconic rainbow flag have been developed since it was first designed in 1978 by San Franciso artist Gilbert Baker to serve as a symbol of pride for the gay community.

The version Conestoga has adopted is the Progress Pride flag, designed by Daniel Quasar in 2018. While retaining the six-stripe rainbow design as a base, the Progress Pride variation places greater emphasis on inclusion and progression, with black and brown stripes to represent communities of colour, along with the colours pink, light blue and white to include the transgender community.

The Pride flag will fly at Doon from now until June 30.