Culinary Arts, Cook I apprenticeship student Ivan Milenovic has been named the Young Chef Member of the Year 2020 by the Culinary Federation - Central Region in recognition of active participation in the federation and the culinary industry. 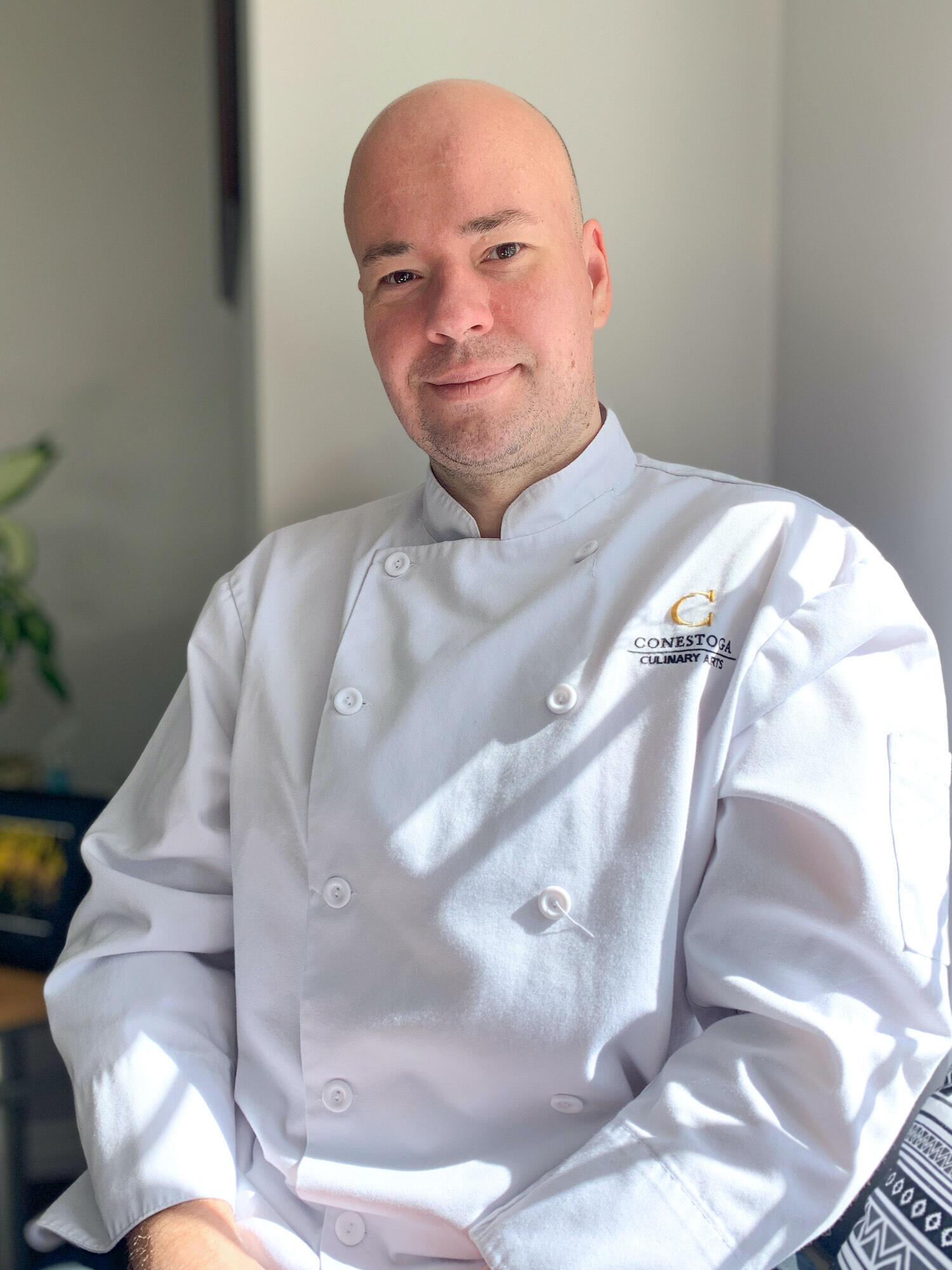 Ivan Milenovic has been named the Young Chef Member of Year 2020 by the Culinary Federation - Central Region.

Milenovic said the award came as a welcome surprise given the challenges of the past year, and the difficulty faced by the culinary and hospitality industries especially.

“We were all hurting in 2020 and I was just trying not to give up on my dream and to keep the passion and interest towards cooking at a maximum level,” Milenovic said. “The news of the award served as a soothing balm on a sore wound. It helped me feel better, it gave me strength not to give up and push harder than ever before. The news was given to me by one of Canada’s most decorated chefs of 2020, Shonah Chalmers, and that made this award even more significant.”

Milenovic works as an apprentice at the University of Waterloo under executive chef Javier Alarco, but also volunteers time with other professional chefs, butchers and food connoisseurs through local associations to participate in cook-offs, zero-waste cooking and nose-to-tail butchery to serve communities in the region with quality food while sharing recipes and providing education about the importance of locally sourced, slow food processes.

“Every day spent at Conestoga and every moment spent with my instructors and mentors has been the greatest gift of culinary wisdom,” said Milenovic about his culinary journey and those that inspire him. “Amazing experience, great school.”

Going forward, Milenovic will pursue competitions at the regional, national and international level. He plans to apply for the 2024 Culinary Olympics in Stuttgart, Germany where he’ll compete with 2,500 other chefs from more than 90 countries.

“I will compete in Culinary Artistry and my goal is to bring back a medal to KW,” said Milenovic.

The Young Chef of the Year award will be presented to Milenovic during the Culinary Federation’s national conference in London, Ontario which is scheduled for September 26-29.

Conestoga’s School of Hospitality & Culinary Arts is a leader in culinary and hospitality programming that prepares students for successful careers in Canada’s dynamic tourism industry.