Conestoga appointed Shawn Brake to the role of dean to the School of Interdisciplinary Studies in early February. The announcement was made following the college’s decision to merge the School of Language & Communication Studies and the School of Liberal Studies in an effort to broaden programming and accommodate enrolment growth. 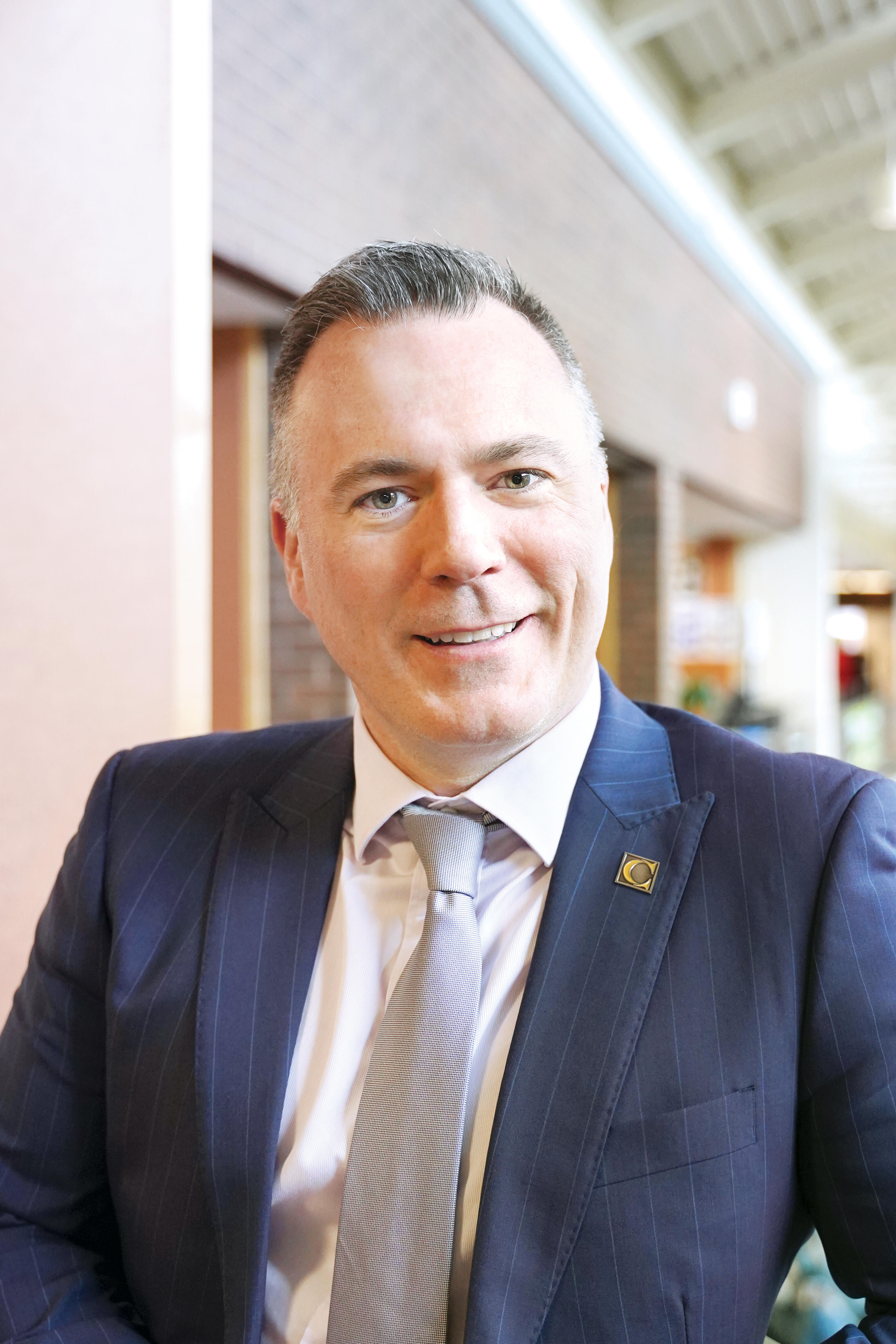 Shawn Brake was appointed to the role of dean to the School of Interdisciplinary Studies in February.

With an extensive background in higher education, Brake came to Conestoga from Centennial College where he was chair of the English department and ESL for nearly six years, overseeing the delivery of courses to nearly 12,000 students each semester. According to Brake, his decision to make a move to Conestoga was due in part to the college’s development.

“I was impressed by Conestoga’s growth and the strategic investments that have been made to prepare students for successful futures and to serve the needs of local workforces,” said Brake. “I am looking forward to being a part of the next phase as we build on and continue to strengthen Conestoga’s reputation as a leader in polytechnic education.”

Originally from Vancouver, British Columbia, Brake has held positions as faculty and administration in a number of post-secondary institutions in Canada and abroad. His roles have enabled him to focus on delivering education and support that provide pathways to employment and community engagement. As the director of Adult Learning at the Assiniboine Community College (ACC) in Brandon, Manitoba, Brake oversaw the Adult Collegiate, ESL and Language Instruction for Newcomers (LINC) -- a national program he has been a part of since 1994 shortly after its establishment. Prior to ACC, Brake worked at institutions in British Columbia and Guadalajara, Mexico.

Brake holds degrees in English literature and linguistics and is currently completing his Ph.D. in Leadership, Higher and Adult Education at the Ontario Institute for Studies in Education of the University of Toronto. His research is focused on successful transfer credit systems and student outcomes.

“As we look to helping develop the workforce of tomorrow, it’s clear that interdisciplinary studies play an important role,” Brake continued. “Broadening skills and experience beyond the boundaries of a single discipline provide a comprehensive education. I’m excited to work with faculty and staff as we continue to support the communities we serve.”

Brake officially began his role as dean on February 3.

The School of Interdisciplinary Studies prepares graduates for today’s global economy. Courses and programs have been designed to build skills essential to operations of effective workplaces through language, communication and liberal studies, and with practical experience through real-world, hands-on learning.