Conestoga students have partnered with a local organization to deliver hot meals and food hampers in the community. Members of the college’s Muslim Student Association (MSA) are working with the Waterloo Region chapter of the Muslim Association of Canada (MAC) to address hardships as a result of the COVID-19 crisis. 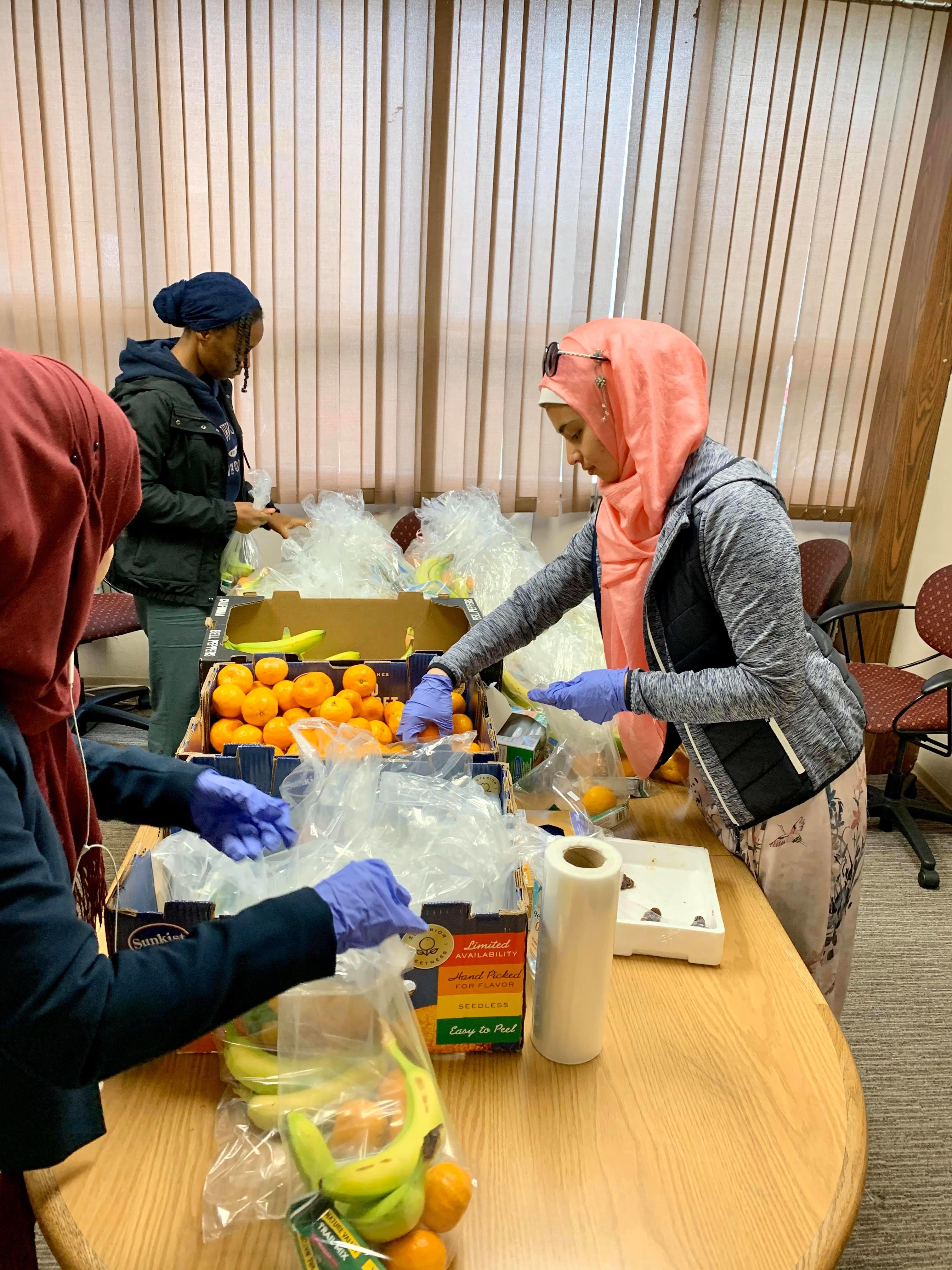 Conestoga students like Nurhidayah Shamalisham, pictured (right), are helping address hardships as a result of the COVID-19 crisis. The college’s Muslim Student Association has partnered with the Muslim Association of Canada (MAC) to deliver hot meals and food hampers in the community. Photo credit: MAC

“It happened very fast and very organically,” said Hana Sheikh, MSA president and a second-year student in the college’s Bachelor of Design program.

The MAC Food Share program is a national campaign aimed at breaking down walls of vulnerability by providing meals to the homeless and senior members of the community. When the pandemic hit, local chapters responded by providing care and hunger relief to all residents facing food and financial insecurities, no questions asked.

Sheikh became involved in the food share program as the COVID-19 crisis started to unfold in the region. It was through her connection that led the two groups to partner on an initiative aimed at supporting students.

“When Ramadan began in late April, MAC asked if there were observing Conestoga students in need of food to break their fast,” said Sheikh. “At the same time, I had just received several messages from students in our club group chat requesting help.”

The MSA worked quickly to identify students in need while MAC worked with local caterers for donations and organized volunteers for distribution.  Through a connection from Conestoga faculty member Fazil Rasheed, the Islamic Centre of Cambridge was also brought on board to help expand distribution. Together, they provided free meals for more than 70 students in Waterloo, Kitchener, Cambridge and Guelph, often delivering two meals a day and multiple times a week. The program was expanded to include students at the University of Waterloo and Wilfrid Laurier.

Sheikh explained that for many international students observing Ramadan, this was the first time they were away from their families and other systems of support during the month.  With added stressors and insecurities brought on by the pandemic, Sheikh said struggling students were appreciative to have the extra help.

The partnership has led to an increased capacity for MAC’s food share program as well. With support from MSA, the organization has grown its volunteer base and expanded distribution of meals and hampers to vulnerable community members in Cambridge and Guelph. Moving forward, Sheikh says MSA and MAC are looking for ways to further collaborate to support Conestoga students.

“I’m very grateful to MAC for what they are doing and allowing us to be a part of their initiative,” Sheikh continued. “Campaigns like these remind you of the beauty of being human. I think we forgot the importance of being kind to each other, and this pandemic has sort of brought us back to that and reminded us of what is really important.”