Under normal circumstances, practical nursing student Christine LoStracco would be halfway through her studies, but she and other students were idled when the spring semester was cancelled. 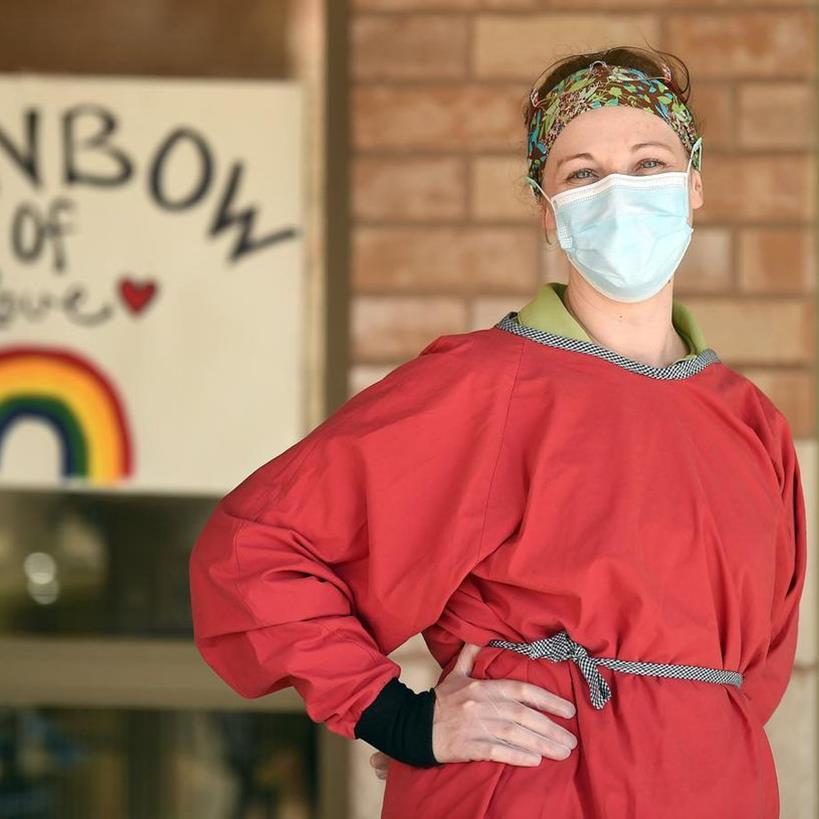 Nursing students like Christine LoStracco, pictured, have stepped up to help during the pandemic. Photo credit: Waterloo Region Record

LoStracco is far enough in her training to qualify as a personal support worker, so in April she signed up to work several shifts a week at The Village at University Gates in Waterloo where she helps care for residents in the home.

Like LoStracco, other practical nursing students have signed on to work as PSWs, while nursing faculty at the college have taken extra shifts at area hospitals.

In addition to her full-time role at Conestoga, Heidi Holmes has been a casual registered nurse at Guelph General Hospital for more than ten years. She worked only a handful of shifts per month, but now finds herself on duty a couple of times a week.

“It has been a surreal time,” said Holmes, who also remembers working during the SARS outbreak. “I appreciate being able to work clinically, especially at this uncertain time when nurses are so needed.”

On May 11, the Waterloo Region Record published an article highlighting the front-line contributions of nursing students and faculty like LoStracco and Holmes.

Read the full story in The Record.