Condors name 2020 Athletes of the Year

Conestoga’s Athletics and Recreation department recognized the college’s top student-athletes in a series of online announcements, including MVPs, awards in leadership and Athletes of the Year. 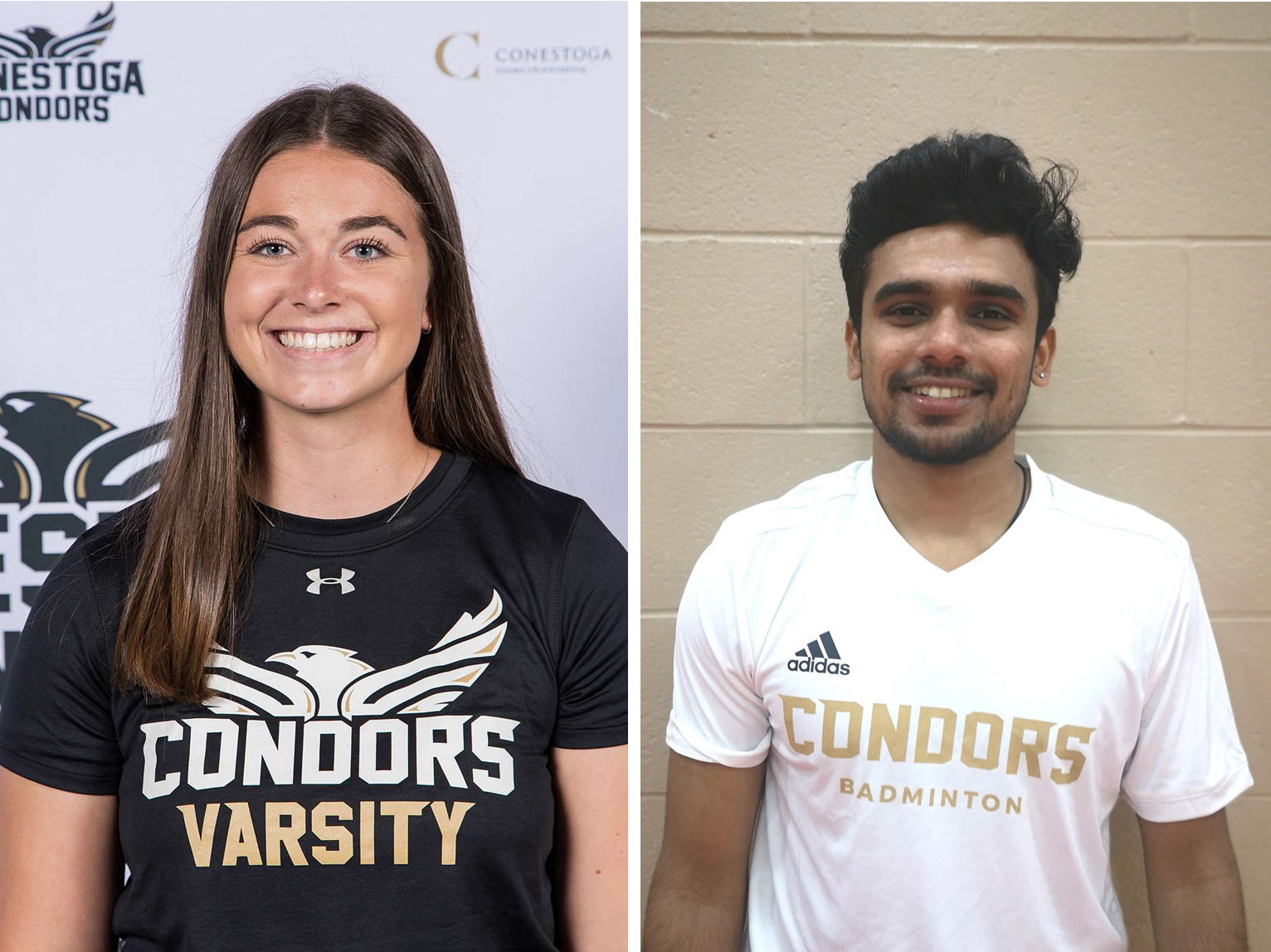 The week-long campaign that began on April 15 unveiled major award winners typically celebrated at the annual Varsity Athletic Awards banquet. As a result of the COVID-19 pandemic, the traditional in-person celebration was adapted into a virtual format.

“Congratulations to all the athletes receiving awards over the next few days,” said Andrew Bates, manager, Athletics and Recreation, in a kick-off video address posted to the department’s social media channels. “We’re all very proud of you — proud of your achievements and proud of what you’ve done over the last season.”

Katelyn Vongunten, a student in the Bachelor of Community and Criminal Justice program, was named Female Athlete of the Year. As a member of the women’s rugby team, the two-time team captain and Ontario College Athletic Association (OCAA) All-Star demonstrated leadership on and off the pitch. Her positive energy and athletic ability were key to the team’s successful season. Vongunten was also named team MVP.

Bates thanked athletes for their commitment to varsity athletics, recognizing the challenge of balancing academics, personal lives and a regimented athletic schedule. Special thanks were also paid to coaches and staff for their dedication and leadership to ensure student-athletes were supported in their varsity goals, academic pursuits and overall health and wellness.

A complete list of honourees can be found through the department’s social media channels.

Conestoga's Athletics and Recreation department offers programming and facilities designed to engage students and enhance their health and wellness through varsity and extramural athletics, intramural sports and fitness classes. The Recreation Centre at the Doon campus provides a full range of recreation and athletic services and houses a 35,000 square-foot fitness centre outfitted with state-of-the-art equipment. In 2017, the centre received a Design Excellence Award from the Ontario Association of Architects.