The Conestoga community celebrated International Women's Day (IWD) on March 9 with activities across campuses that included a panel discussion, interactive displays and workshops focused on this year’s theme, Equal for Each. 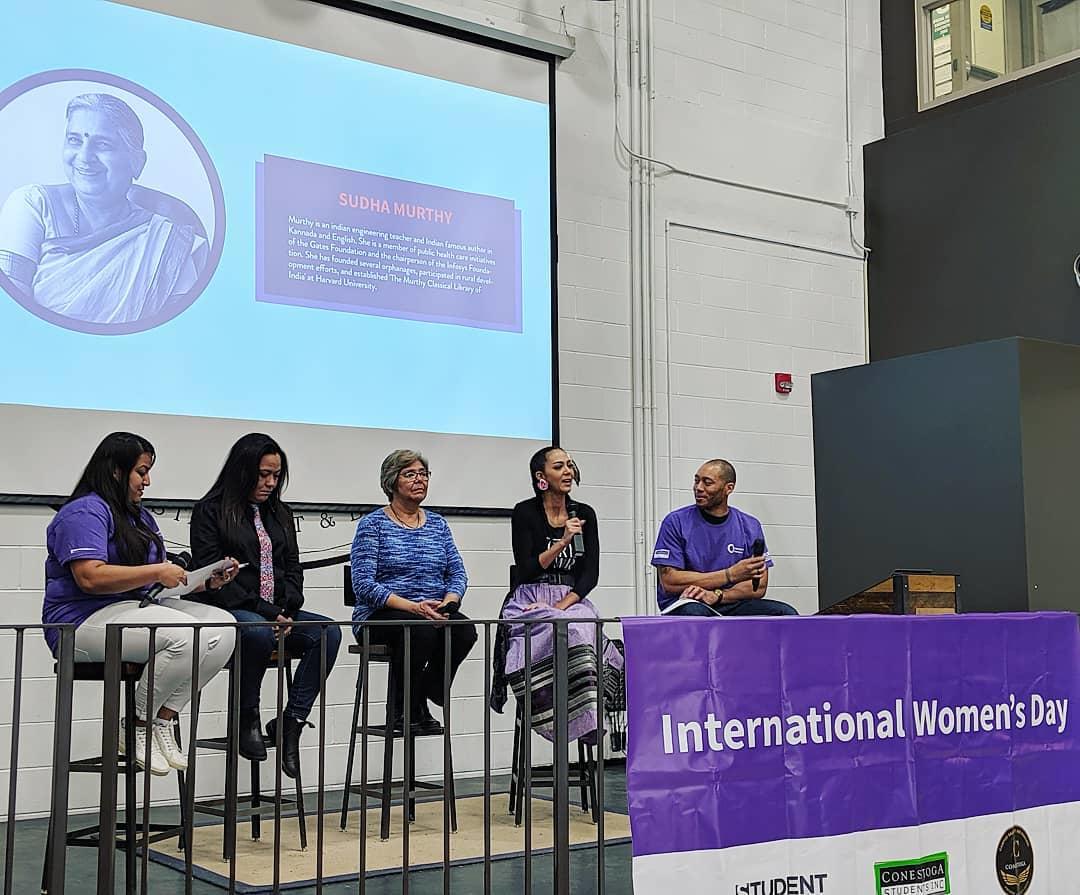 Recognized globally, IWD celebrates the social, economic, cultural and political achievements of women, and marks a call-to-action for accelerating gender parity. Activities at the college were hosted by a student-led committee with support from Student Engagement and Conestoga Students Inc. in an effort to raise awareness and engage in collective action.

“I like to think about my daughter in these times,” said Restoule. “I want to be the person in her life that she looks up to, that she’s proud of, that she knows I’m always going to be here as a support for her. I think International Women’s Day is important for all women. We need to have strong role models for our children -- for our girls -- so that they understand it’s ok to be bold, that it’s ok to shine bright and not dim their light for anybody.”

Restoule also commented on the importance of using IWD as a platform to raise awareness on issues like missing and murdered Indigenous women.

“I’m grateful that we have three Indigenous women up here,” Restoule continued. “There’s a lot of issues in Canada around missing and murdered Indigenous women, and the statistics are horrendous. I’m happy to be sitting here with my sisters, and that’s good news.”

In addition to the panel discussion, the Sexual Assault Support Centre of Waterloo Region hosted workshops at the college’s Doon, Cambridge, Waterloo and Kitchener - Downtown campuses. Participants focused on how actions, behaviours, attitudes and beliefs contribute to a culture of gendered violence and were provided opportunities to reflect on changes needed to create a safer community.

Leading up to IWD, the student-led committee nominated Conestoga faculty who have inspired them. Suzanne Gordon, Sweta Gupta, Carolyn Harrison, Colleen Holmes-Cumming, Laura Turner and Estatira Shirkhodaee were celebrated during activities at the Doon campus.