The February 10 edition of the Waterloo Region Record features a front-page story focused on what is described as “an era of unprecedented growth and expansion” at Conestoga. 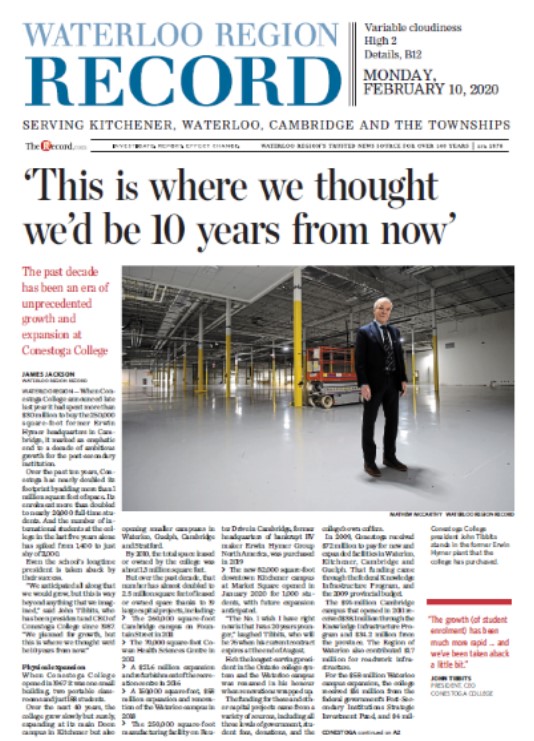 Over the last 10 years, the college has added more than 1 million square feet of space, nearly doubling its institutional footprint. Student enrolment has more than doubled over the same period, now exceeding 20,000 full-time students at its network of campuses in Kitchener, Waterloo, Cambridge, Guelph, Brantford and Ingersoll.

The most recent developments include a new 82,000 square foot campus that opened in Downtown Kitchener in January 2020 as well as the purchase of the former Erwin Hymer headquarters in Cambridge, a 250,000 square foot facility that will be transformed into a showcase facility for the delivery of skilled trades education and training.

In the Record story, President John Tibbits is quoted as saying that the pace of the college’s development, driven in part by strong demand from international students, has exceeded original expectations.

“We planned for growth,” Tibbits said, “but this is where we thought we’d be 10 years from now.”