More than 40 Conestoga students from skilled trades and engineering programs joined forces from January 6 to 9 at the college’s Cambridge campus for the Robot in 3 Days (Ri3D) challenge. This marks the first time Conestoga has participated in the internationally-recognized project to test technical and non-technical skills. 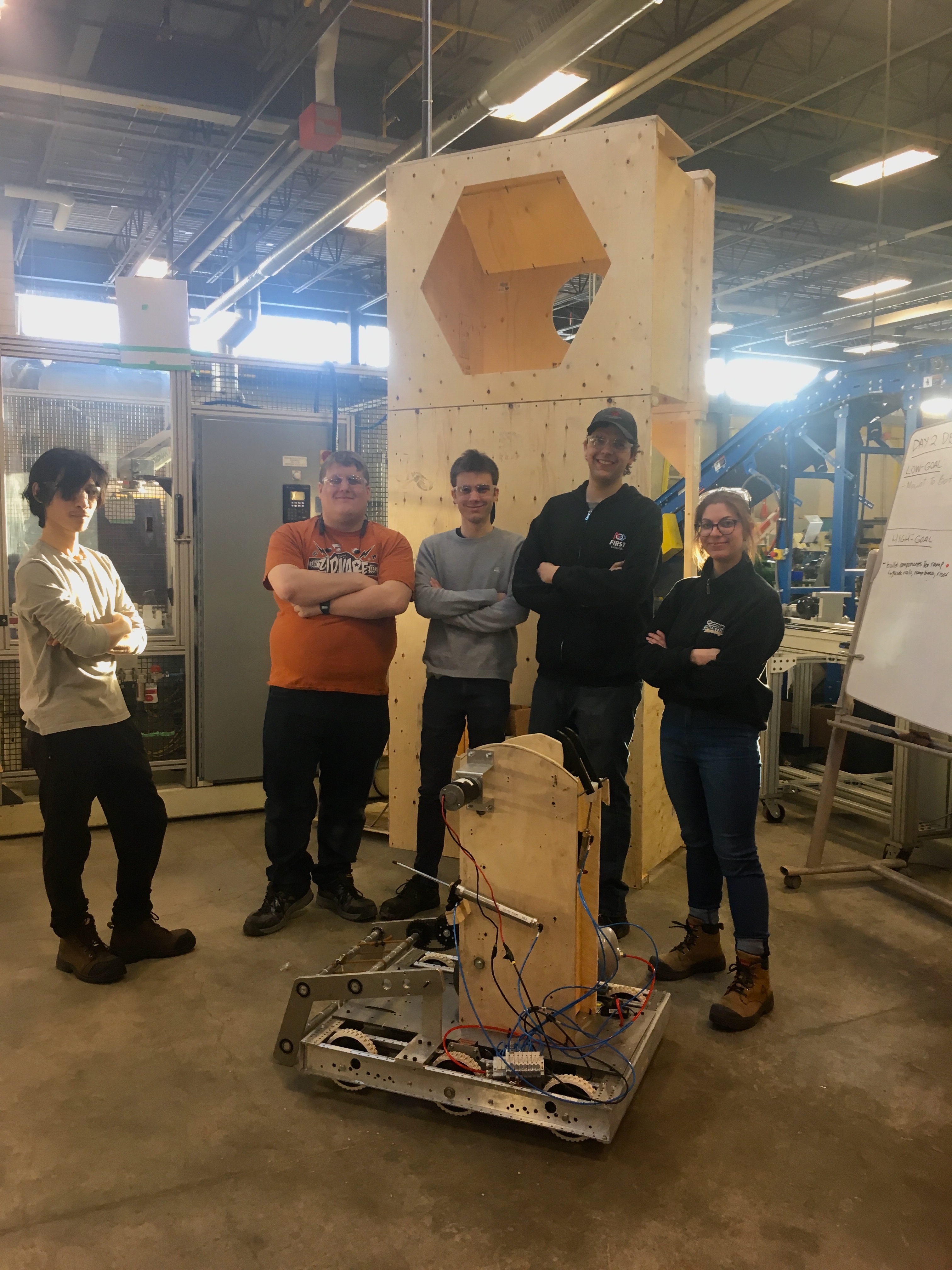 More than 40 Conestoga students from skilled trades and engineering programs joined forces over three days to build a robot capable of competing in the FIRST Robotics Competition.

The challenge is meant to complement the FIRST (For Inspiration and Recognition of Science and Technology) Robotics Competition, where teams of students ages 14-18, supported by adult mentors, have roughly three months to build industrial-size robots designed to specifications set by FIRST to compete in a field game.

“Our part in the robotics competition is to act as a learning resource for participating high school students,” said Josh Hamilton, a faculty member in the Electro Mechanical and Automation Maintenance program who led Conestoga students through the challenge. “At the start of the competition season, post-secondary students are challenged to build a robot to the same specifications capable of competing, but in much shorter time, not only to test their own skills and abilities, but as a way to provide mentorship to FIRST competitors.”

For more than 30 years, FIRST has aimed to inspire young people ages 6-18 to be leaders in science and technology through engaging project-based, mentor-led programs that build skills, inspire innovation and foster self-confidence and communication. Yearly kickoff events around the world mark the launch of the competition season where the FIRST community gathers to view a live broadcast unveiling the season’s robotics challenge. This year, nearly 100,000 secondary students from more than 30 countries tuned in on January 4 from 160 sponsored venues, including Conestoga’s Student Recreation Centre.

The kickoff event at the college was hosted in partnership with Waterloo Wellington FIRST, the organization representing ten local teams competing in the FIRST Robotics Competition. Conestoga has committed to providing support as teams design, build and program their robots — the Ri3D challenge is part of that.

“Our goal with this challenge was to demonstrate the process of designing and building a robot from the ground up to better help FIRST teams prepare for the competition,” said Hamilton. “Through site visits, social media and even a live-stream video, we showcased how the project was approached and organized, the materials and techniques used, how the team worked together, as well as trial and error.”

In just 72 hours, Conestoga students collaboratively applied the skills they’ve learned to produce a robot to race around a field, collect and score items through a three-tiered target port, manipulate control panels and hang from a beam. The robot will be used as an example to provide further hands-on mentorship as Hamilton and the Conestoga team continue to support FIRST competitors over the next several months, including helping to build a practice field to test competing robots.

“Ultimately, we want to inspire and encourage students to consider STEM (Science, Technology, Engineering and Math) as a career,” said Hamilton. “Our collaboration with Waterloo Wellington FIRST and the Ri3D challenge has allowed to us to further strengthen our relationship with the community and better demonstrate the college’s model of project-based, hands-on learning.”

For more information on the comprehensive suite of skilled trades and engineering programs Conestoga offers, visit the School of Engineering & Technology and the School of Trades & Apprenticeship.