Eight of Conestoga’s outstanding alumni were recognized for their contributions to their professions and their community at the college’s Alumni of Distinction Awards event held at the John W. Tibbits campus in Waterloo on Tuesday, November 5. 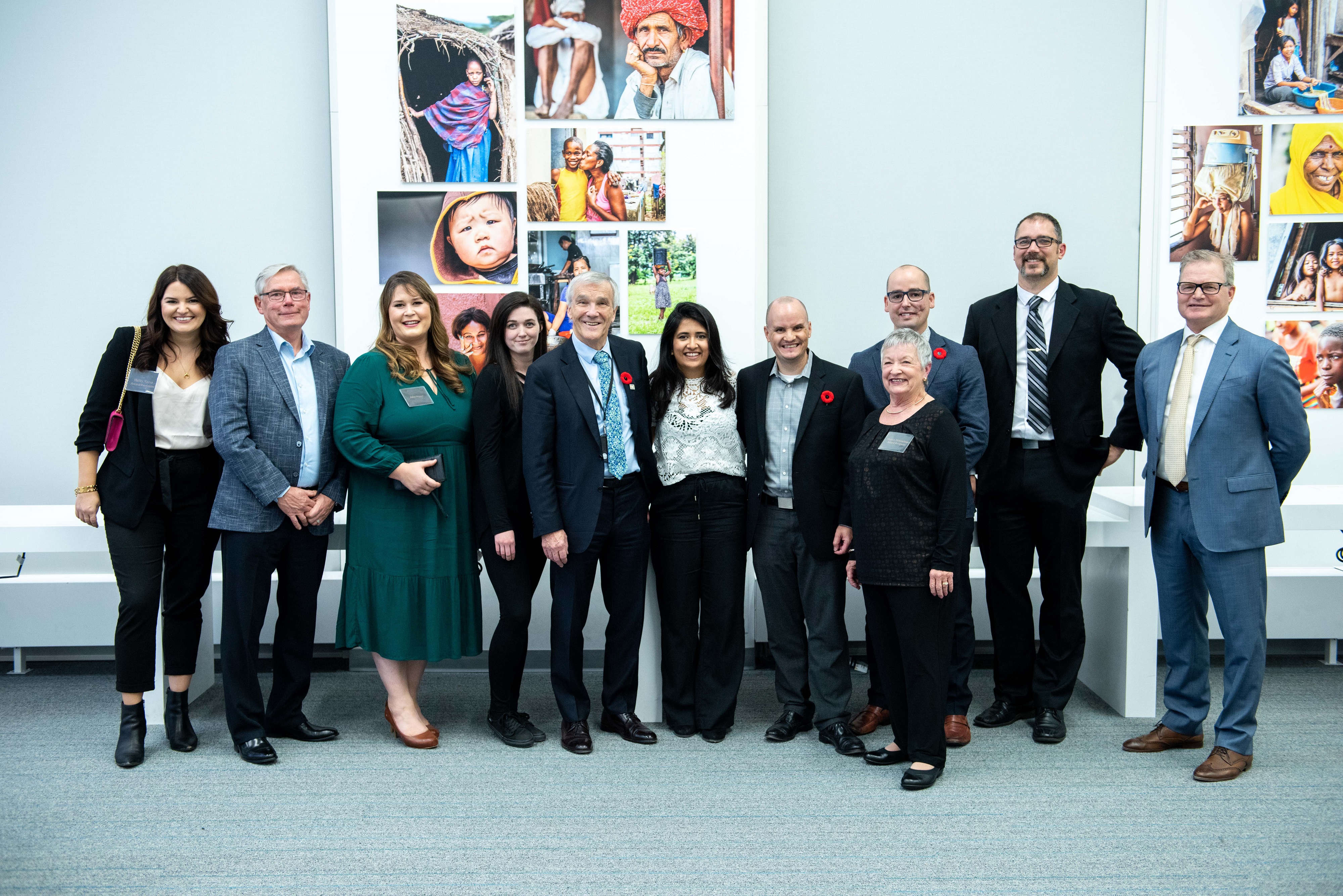 Eight of Conestoga’s outstanding alumni were recognized for their contributions to their professions and their community at the college’s Alumni of Distinction Awards event held November 5.

“Health care professionals, business leaders, skilled tradespeople, entrepreneurs, journalists, community workers, IT professionals and engineers - these are the people that shape our community and touch our lives every day. And many of them got their start at Conestoga,” said Mike Cybulski, president, Conestoga Alumni Council. “Conestoga alumni make a difference - the individuals who are honoured here tonight are prime examples.”

In recognition of their career achievements and contributions to the community, the newest Alumni of Distinction award recipients are:

Monica Himmelman, Social Services, 1970. An active community leader,Himmelman has been recognized with numerous nominations and awards for her service. She also leads Conestoga’s United Way efforts.

Julia Maier, Graphic Design, 2001. As a professional photographer, Maier’s work celebrates the beauty of human life, and the work of missionary and non-profit organizations at home and around the world.

Paul Seibel, Civil Engineering Technology, 1975. With more than 40 years’ experience in Ontario’s construction industry, Seibel is a member of multiple industry association boards, has influenced industry reform, and is a tireless advocate for education.

William Werth, Software Engineering Technology - Co-op, 2017. As the chief technology officer at James. E. Wagner Cultivation, Werth is using technology to revolutionize the cannabis industry. Werth's innovations were a catalyst for a $1.2M energy-saving grant and the company's 2018 debut on the TSX Venture Exchange.

Jeff Weyers, Law and Security Administration, Class of 1994. Weyers is a veteran constable with the Halton Regional Police Service and an international expert in digital counterterrorism, analyzing social media to uncover clues leading to international terrorist groups and their supporters. Weyers has provided input to the Pentagon, NATO and police services globally.

In addition to their Alumni of Distinction recognition, graduates Julia Maier, Paul Seibel, William Werth and Jeff Weyers will also represent Conestoga at the 2019 Premier's Award to be held December 2. The Premier’s Awards honour the important social and economic contribution that college graduates make to Ontario and throughout the world.

Since 1997, more than 200 outstanding Conestoga graduates have been recognized through the college’s Alumni of Distinction program.