On October 24, Conestoga’s Cambridge campus was the site of a full-scale joint emergency management exercise organized by the City of Cambridge, the City of Kitchener and the Region of Waterloo that brought together partners and participants from 18 different organizations. 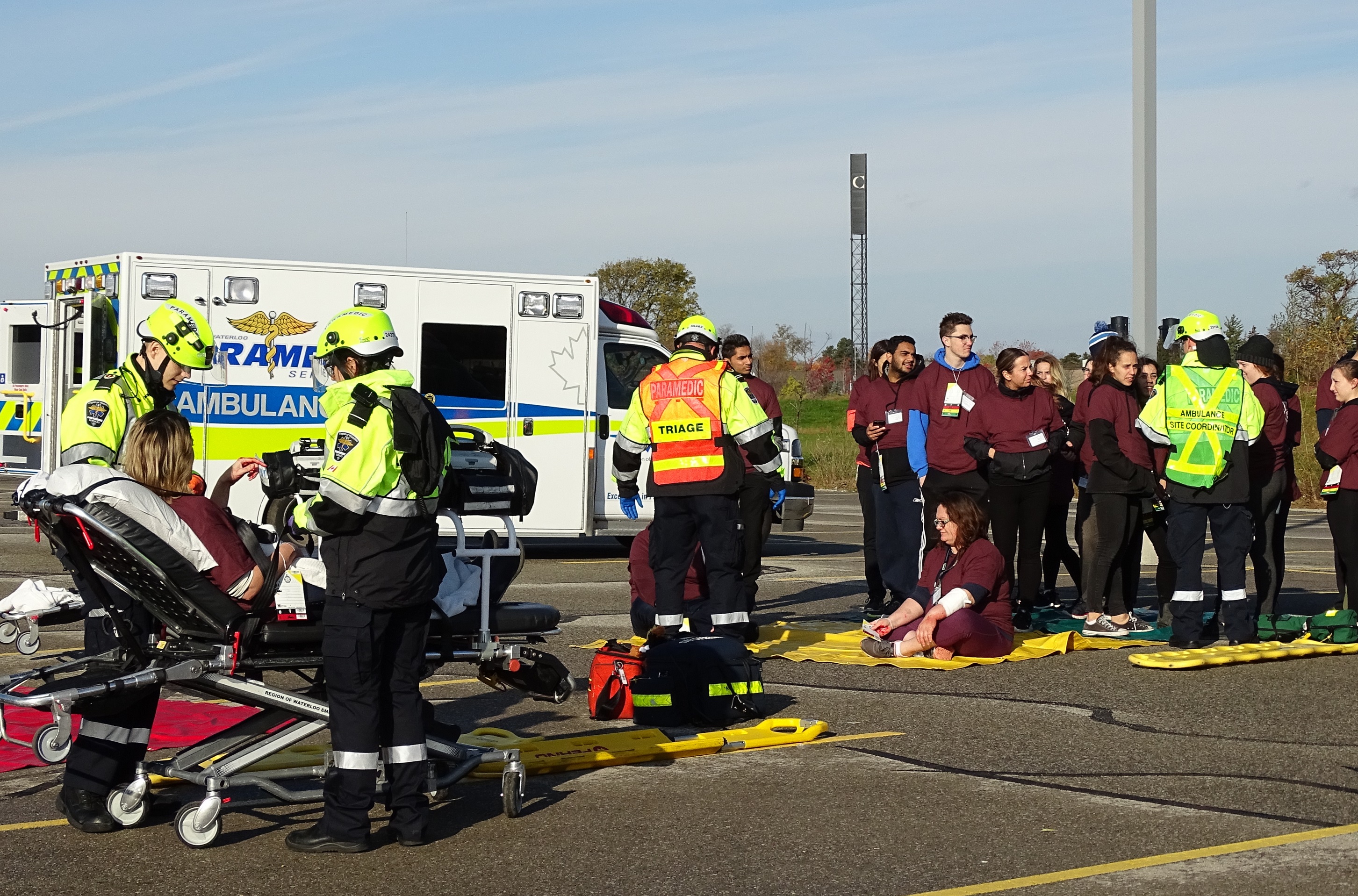 Conestoga students participated in a full-scale joint emergency management exercise organized by the City of Cambridge, the City of Kitchener and the Region of Waterloo at the Cambridge campus on October 24.

Titled Operation Hazy Day, the exercise focused on a cross-jurisdiction incident involving about 300 people with the intent to test emergency management policies and procedures in the event of a large-scale incident in the region.

Legislation requires that municipalities conduct annual emergency exercises, but joint cross-jurisdictional simulations are typically conducted every four years. This scenario involved a simulated truck accident and chemical spill near the college and involved students from Conestoga’s Schools of Health & Life Sciences and Community Services who posed as injured victims and received assessment from emergency personnel.

Practical Nursing student Alex Verbruggen offered to volunteer knowing the exercise would be an interesting experience and an opportunity to make contacts and meet other students from inter-disciplinary programs. He also said the simulation has made him more confident about responding to similar incidents in the real world.

“I really liked seeing everyone work together and observing the skill sets involved and how they play out,” said Verbruggen. “It’s been great to be part of it.”

The exercise also drew interest from Conestoga alumni. Walter Waganka, a 1986 Ambulance and Emergency Care graduate, came to observe the scenario given the link it has to his current coursework and background in emergency services. After 30 years with Kitchener Fire, Waganka is now completing the Master of Public Safety program at the University of Wilfrid Laurier.