Conestoga survivor shares her story ahead of Run for the Cure

Karen Towler, academic manager for the School of Business at the Brantford campus, will welcome participants to the 2019 Kitchener-Waterloo Canadian Cancer Society CIBC Run for the Cure on Sunday, October 6 at Conestoga’s Doon campus. “I’m an absolute advocate for breast self-exam and awareness now,” said Towler who has been invited by run organizers to be this year’s survivor speaker at the event. “And I’m happy to share my story.” 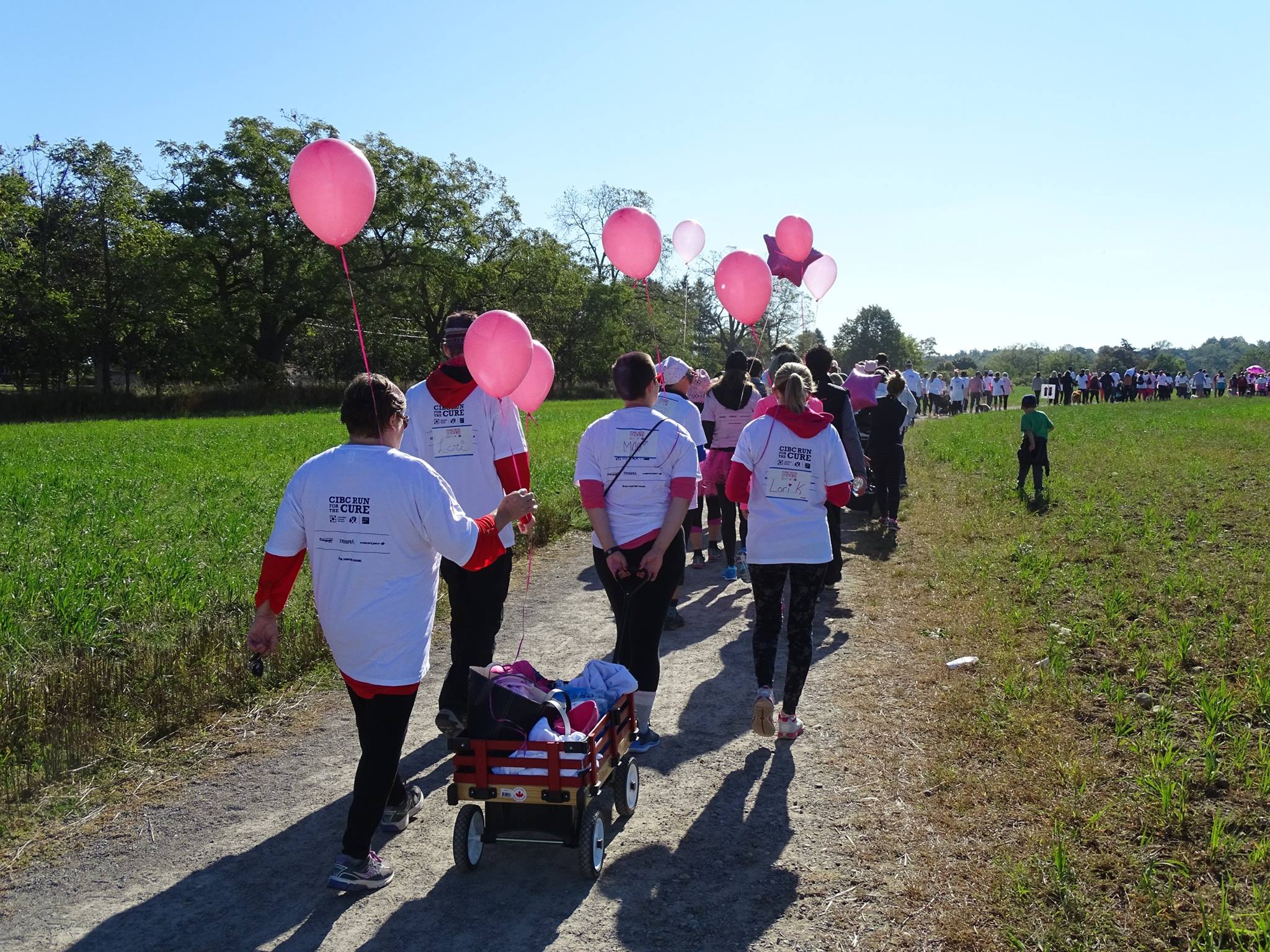 Conestoga employee Karen Towler has been invited to be this year's survivor speaker at the 2019 Kitchener-Waterloo Canadian Cancer Society CIBC Run for the Cure in support of the breast cancer cause. It takes place at Conestoga's Doon and Cambridge campuses on October 6.

Towler’s journey with breast cancer began in December 2018 when she noticed something felt different as she brushed her arm against the side of her chest. She examined the area further and found a lump. She saw her family doctor two days later, and from there she was scheduled for a mammogram and ultrasound.

“The radiologist wanted to do a biopsy after that, but we were leaving for a cruise on January 15 so he wasn’t sure about going ahead with it before our trip,” explained Towler. “I told him to do the biopsy, and then I’d go have a great holiday and deal with the outcome when I got back. I knew it was cancer -- I was a nurse for 35 years so I knew.”

Surrounded by a community of friends and family, Towler had her lumpectomy in February and a series of 16 radiation treatments followed at Hamilton’s Juravinski Cancer Centre. She’s been left with radiation burns and some complications, but remains positive despite having lost both her grandmothers to the disease. As a nurse, she cared for her maternal grandmother during the last six months of her life.

“There’ve been lots of advancements though, and new research and evidence, so this story is positive,” she said.

Despite her nursing career and family history, Towler admits she didn’t actively perform self-exams; her last mammogram was six years ago.

“Cancer was just never something I worried about. I’m an advocate now though,” she said firmly. “I have five daughters so I’ve talked with all of them extensively about breast self-exams and awareness of changes in their body.”

Towler was away from her college duties for five months, but was anxious to get back to work again to enjoy a routine and a sense of feeling normal. At times that’s been difficult; the constant wonder about what the future may bring has really led her to change her life. She’s dipped into retirement savings to enjoy another cruise and will soon join a group of girlfriends in Punta Cana for what she calls a “celebration of fun, food and drinks.”

“I tell people I’m cancer free, and that’s the truth, and my chance of recurrence is supposed to be low, but you still can’t help but wonder if that ache or pain is linked to cancer. I don’t think you ever stop wondering.”

Conestoga's Doon campus will be one of more than 55 locations across Canada to host the CIBC Run for the Cure in support of breast cancer research through the Canadian Cancer Society. The run is the largest single-day, volunteer-led event in Canada to support the breast cancer cause and directs more than $16 million to research and education initiatives annually.

Run for the Cure participants are invited to walk or run a 5km or 1km route through Conestoga’s Doon and Cambridge campuses. To register or donate, visit the Run for the Cure website.