Three Conestoga graduates were among the province’s top stone masons and tenders competing for the title of Ontario’s best bricklayer on September 5. Hosted at the college’s Roofing Skills and Training Centre at the John W. Tibbits campus in Waterloo, the Bricklayer 500 regional series tested skill, speed and stamina as professional masons raced against the clock to build a wall. 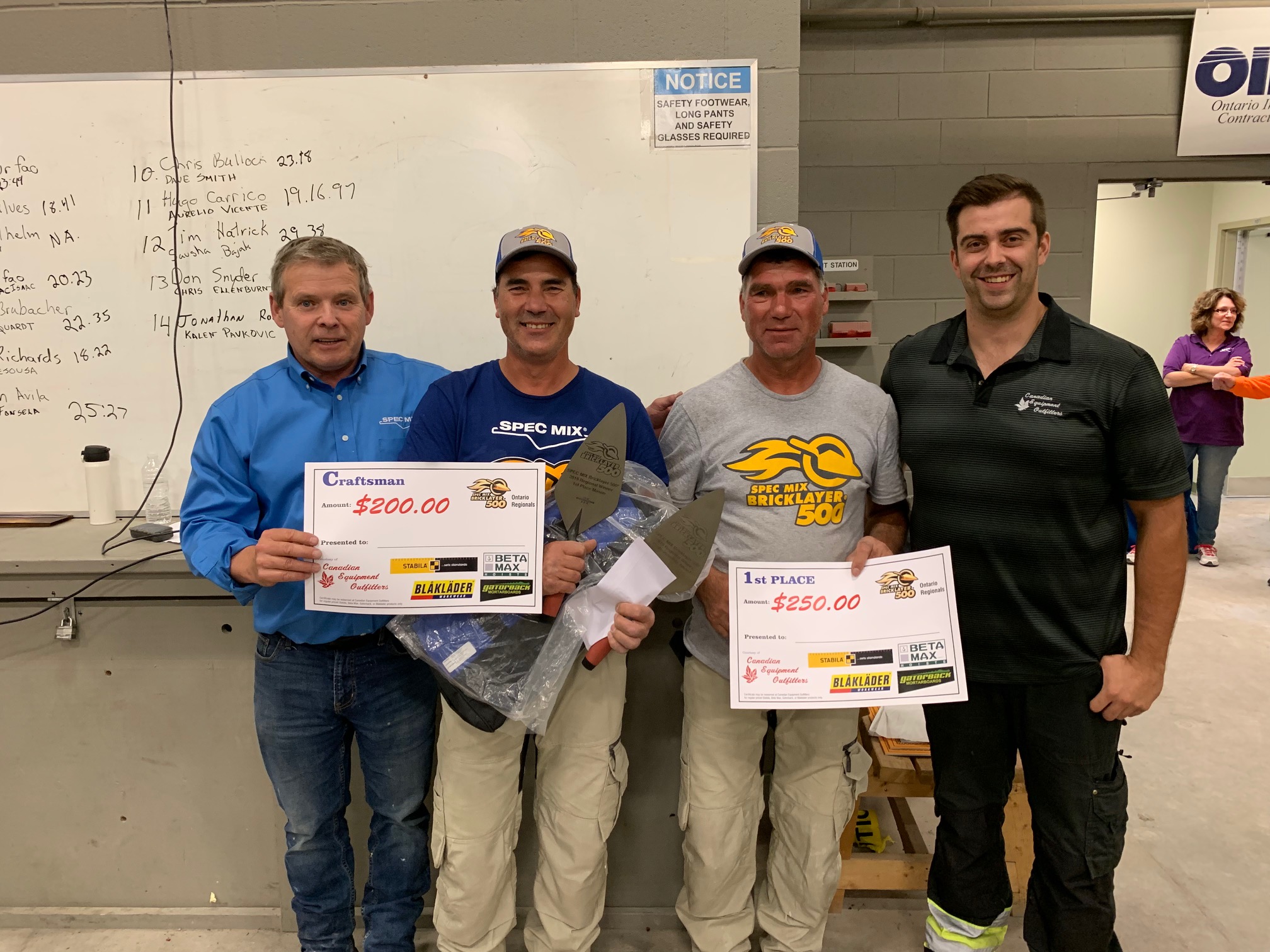 Lyndon Brubacher, Kalen Pavkovic and Keith Richards were among the 13 teams participating in the competition this year -- all three completed the Brick and Stone Mason (Apprenticeship) program at Conestoga.

Established in 2003, the Spec Mix Bricklayer 500 competition showcases the skill and craftsmanship of professional masons to help drive workforce development and promote the industry. Conestoga is one of just four Canadian locations to host a regional series event where competitors are required to build a 26 ft. wall in one hour. The team able to lay the most bricks advances to the World Championship.

Mason Filipe Orfao and tender Jose Orfao of Res Masonry in Cookstown finished in first place with a brick count of 683. The pair will compete at the Spec Mix Bricklayer 500 World Championship in Las Vegas in February where they will take on regional winners from 23 other locations throughout North America, as well as the defending world champion, mason Mario Alves.

After placing first in the regional series at Conestoga last year, Alves, with the help of his brother and mason tender Michael, took home top honour at the World Championship -- the first Canadian to do so in the competition’s history.

This is the twelfth year Conestoga has hosted the Bricklayer 500 Ontario regional series. In addition to graduate participation, the event also involved students from the college’s Brick and Stone Fundamentals program who assisted with setup, mixed mortar and moved material during the competition. The event also gave students a chance to connect with local masons and meet with industry partners.