More than 220 awards valued at over $343,000 were presented to students at Conestoga’s tenth annual Trades & Apprenticeship Awards on May 22. Hosted at the John W. Tibbits campus in Waterloo, the event recognized outstanding achievement in the motive power, construction and industrial trades. 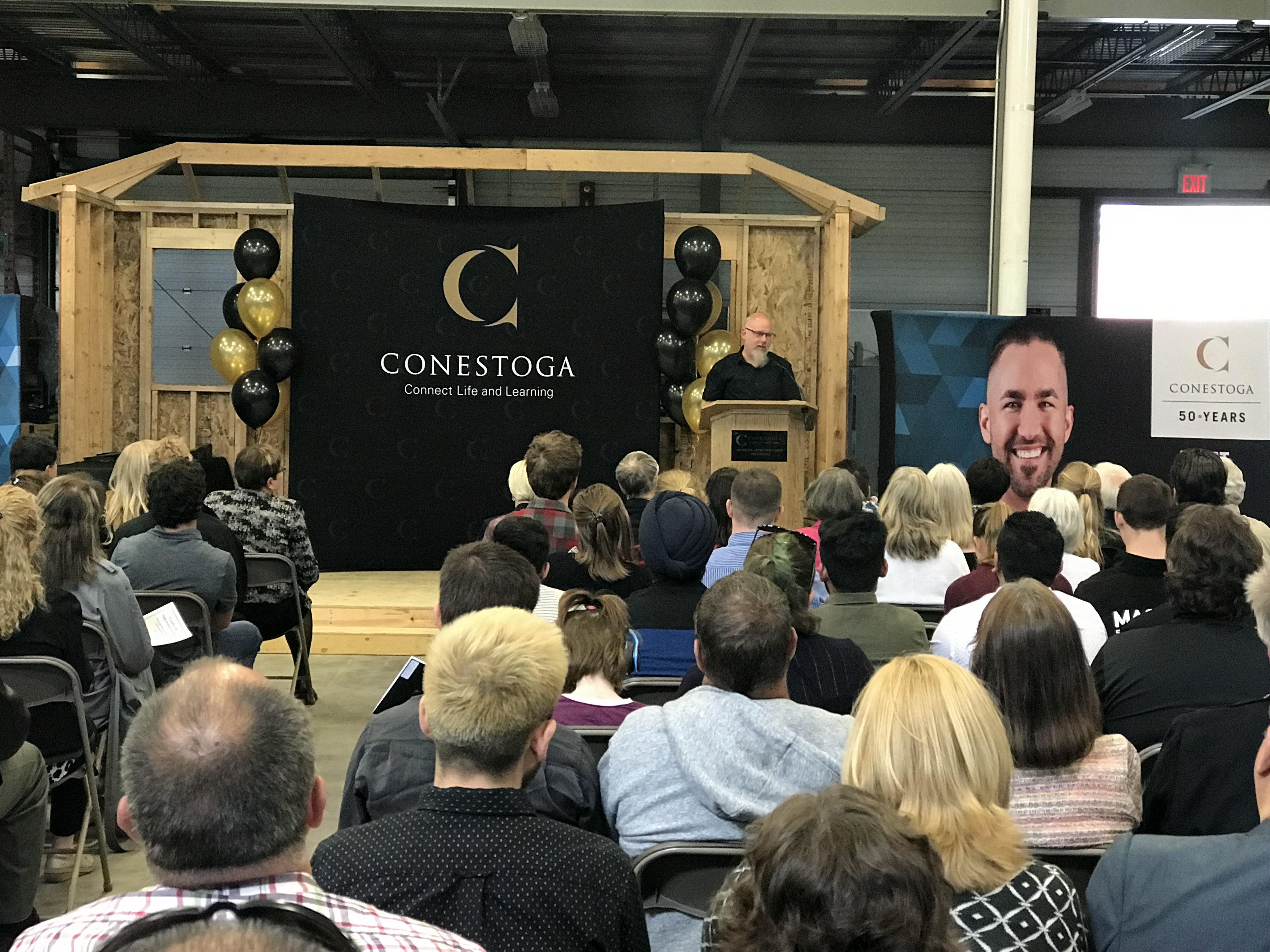 Grant Schwartz, a 1994 graduate of the Welding/Fitting apprenticeship program and 2017 Alumni of Distinction recipient, delivered the keynote address at the tenth annual Trades & Apprenticeship Awards on May 22.

Conestoga President John Tibbits welcomed students and their families, donors, and members of the college community to the event, which is believed to be the largest awards presentation of its kind in Canada. He also thanked industry partners and sponsors for their support, which has resulted in more than $1.3 million in awards directed to students through the event over the last ten years.

New to the awards presented this year was the Don Gosen Scholarship, awarded to students in the Electrical Technician -- Industrial program with the highest marks at the end of their second year. A two-time graduate of Conestoga, Don Gosen has been described as the Ontario apprenticeship program’s biggest champion. He sponsored more than 70 apprentices throughout his four decades as president of Gosen Electric before ceding the company to three of his former trainees. The scholarship was established in honour of Gosen’s 2018 Premier’s Award.

Grant Schwartz, a 1994 graduate of the Welding/Fitting apprenticeship program, delivered the keynote address. Owner and custom metal fabricator at Schwartz Inc. in Elmira, he was featured for two seasons on the Discovery Channel’s reality show, Vegas Rat Rods. Schwartz was presented with Conestoga’s Alumni of Distinction award in 2017 in recognition of his achievements and contributions to the community.

“Hard work, dedication and tenacity are why I’m here today,” said Schwartz. “Every day in the shop comes with a set of new challenges. I’ve become known as the go-to or problem-solving guy. I’ve earned that name by using my education, failures and victories to help find solutions.”

Addressing award recipients, Schwartz commended their choice to enter the skilled trades. “I believe the world belongs to those of us who are willing to get our hands dirty,” said Schwartz. “The world will always need people to physically do the work. You guys have taken up that challenge and I’m proud to be one of you.”

Visit the School of Trades & Apprenticeship for more information and to view the list of award winners.

Trades Awards 2019 from School of Media and Design on Vimeo.