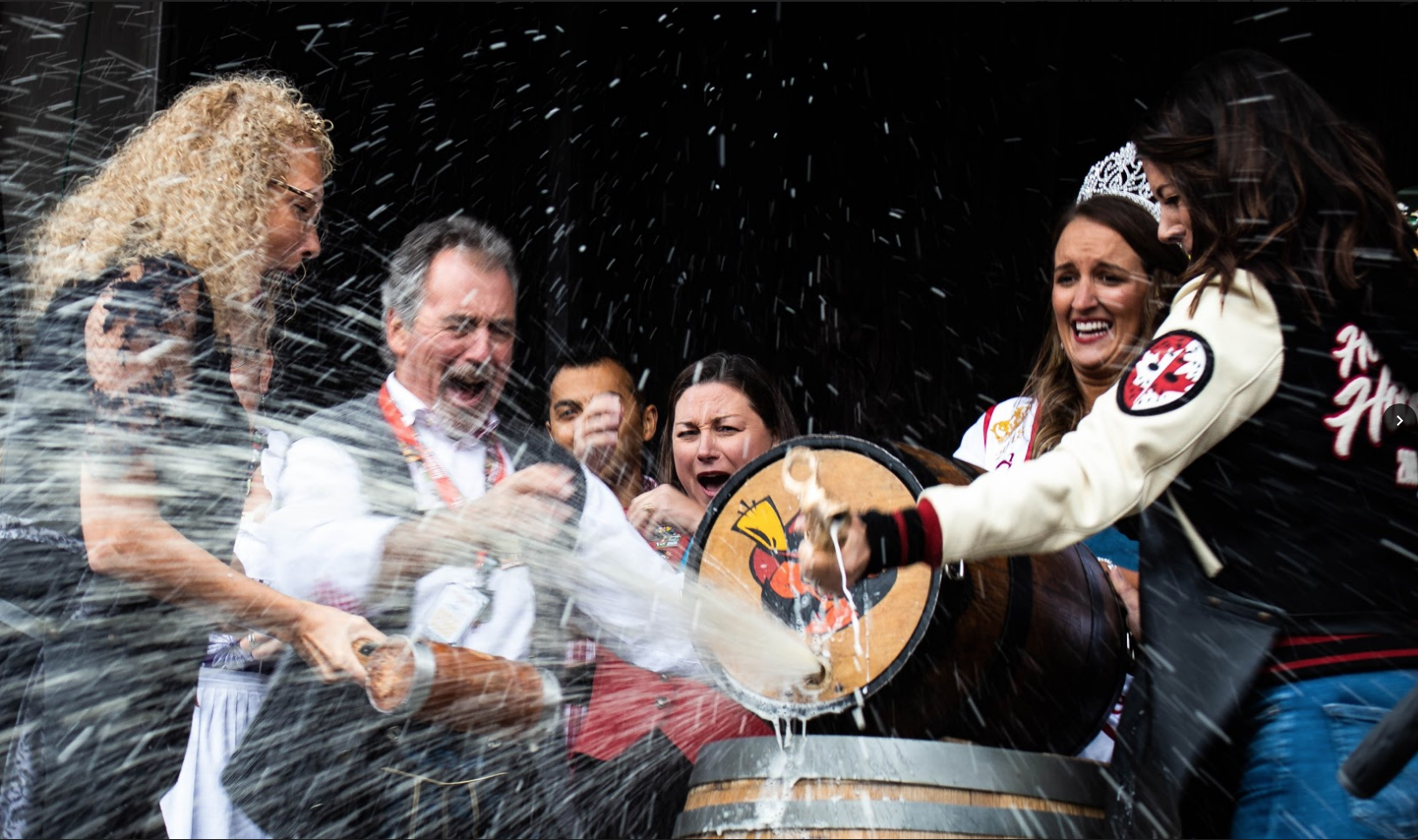 In addition to Gerard Browne's first place win, Journalism student Nathan Timmerman also received an honourable mention in the individual photograph category for his image of the Oktoberfest keg tapping.

The CME awards recognize the unique combination of creativity and technical excellence demonstrated by students in radio, television/video, photography and animation who attend CME member institutions. This year, judges reviewed more than 140 entries from across the country.

Faculty member Graham Folkena said Browne not only directed and produced the music video titled Moving On, but also wrote and performed the song featured in it.

“It's a compelling snapshot into the past and present life of Gerard and how he embraces what life throws at him,” explained Folkema. “The video juxtaposes his past in Trinidad to the artist he has now become in Canada. His storytelling and emotion are cleverly crafted together to document how he is ‘moving on.’ I'm very proud of his hard work and efforts on this project. He had several unforeseen challenges, but rose above them to share his story, his way. I'm excited to see how he continues to develop his talent.”

In addition to Browne's win, Journalism student Nathan Timmerman received an honourable mention in the individual photograph category for his image of the Oktoberfest keg tapping, and Television and Independent Production student Mac Elsley won the honourable mention for the corporate/client-based video he produced for the Sunshine Montessori School.

Conestoga’s Broadcasting - Television and Independent Production two-year diploma program prepares students for most entry-level jobs in the industry and prepares graduates to navigate the world of freelance and contract employment, or create their own jobs through entrepreneurship. In the final semester, students have the opportunity to secure an industry placement and choose from a number of program specializations, including short narrative film, sports mobile, freelance video, and series development.

Visit the School of Media & Design for more information.