United Way Waterloo Region Communities named Conestoga a recipient of the Rising Star award at the organization’s Spirit Awards, held on May 9. 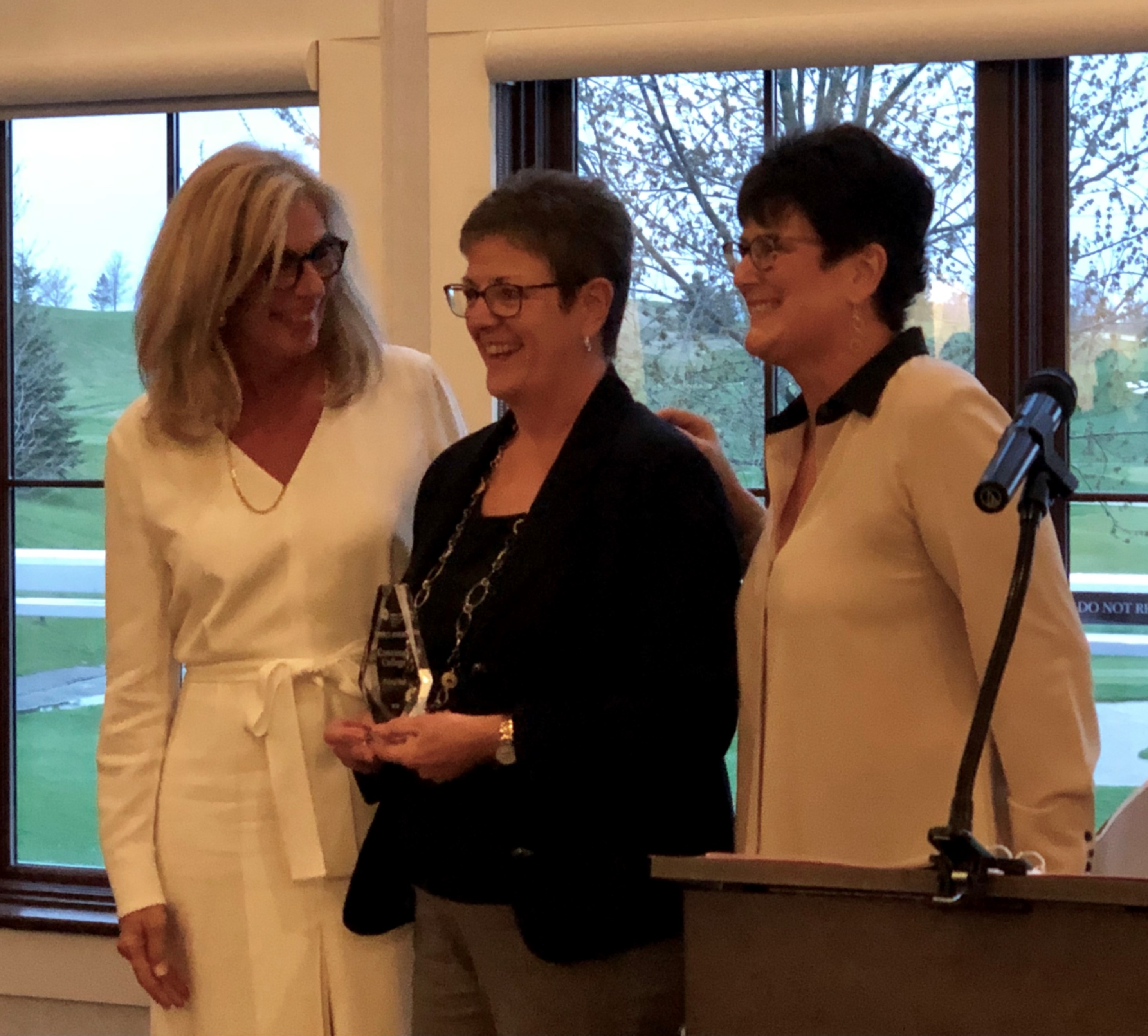 Shelley Schenk (centre), associate vice-president, human resources at Conestoga, accepted the Rising Star award on behalf of the college at the United Way Waterloo Region Communities Spirit Awards on May 9.

Presented to the college by Stephanie Pollard, a campaign cabinet member at the organization and vice president administration at Toyota Motor Manufacturing Canada, the award recognizes a new or returning campaign and/or employee campaign manager that has demonstrated outstanding initiative and visible growth throughout the year’s campaign efforts.

“Conestoga College knows that students reach their potential when they feel safe, secure and connected to their peers, family and community,” said Pollard. “By partnering with United Way, Conestoga employees helped fulfill the goal of well-being for each and every student during their learning, and exemplified leadership by running their most successful campaign in years.”

United Way Waterloo Region Communities’ campaign “Are you the One?” aims to bring awareness to alarming statistics and highlight the on-the-ground services that tackle persistent social issues at their root. The organization targets investments to produce a direct and lasting impact in three key areas: vulnerable children and youth, poverty, and neighbourhoods.

Volunteers from the college, led by campaign coordinator Monica Himmelman, kicked off a month-long employee fundraiser in November 2018. Through various activities that included a travelling photo booth, prize draws and chocolate sales, the college community raised $39,127.44 to support United Way, exceeding a $30,000 goal and increasing employee giving by 61 per cent.

“At Conestoga, we are committed to serving the whole community, and we recognize that there are many people here in our region who need some support and assistance,” said Conestoga President John Tibbits. “I am very proud that our college community has reached out and raised money that will assist the most vulnerable members of our society and help build a stronger, more vibrant community for everyone.”

United Way Waterloo Region Communities is dedicated to helping people live better lives in the seven communities they serve, supporting a network of agencies whose programs and services are locally focused, informed, connected and deeply invested in helping people reach their full potential.