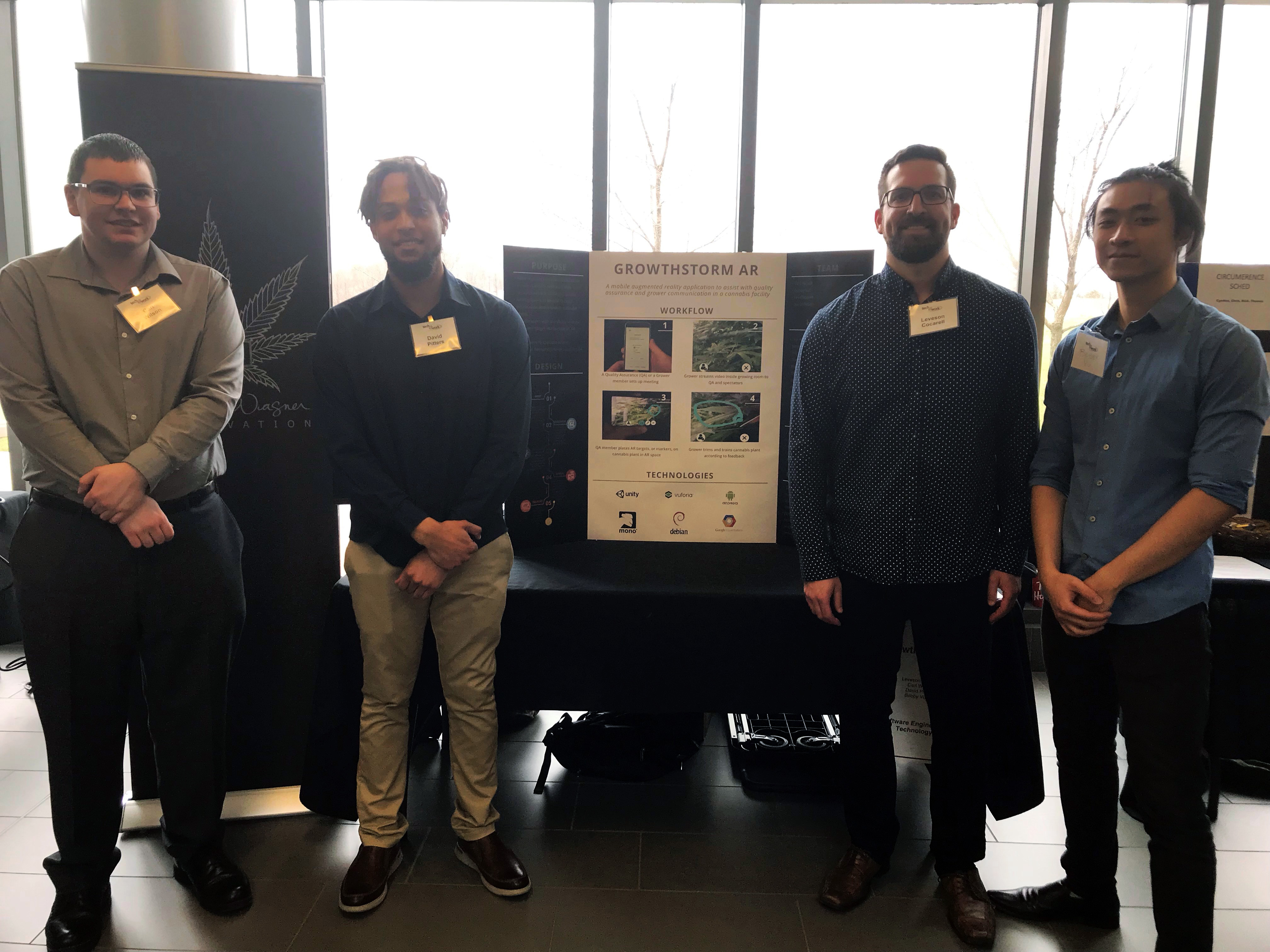 Hosted at the Cambridge campus, students demonstrated work created as final-year projects to family, friends and industry partners while judges scored the best-of-program projects on innovation, creativity, skills and quality.

GrowthStorm AR was developed to solve long-distance communication issues between growers and members of the quality assurance team, allowing multiple users to communicate in near real-time from remote locations in JWC facilities.

“The problem we were presented with was unique,” said Vu. “It’s not easy to relay information about specific cannabis plants. We needed to create a way to allow users to communicate with visual markers.” Through the application, users can create an online meeting to stream a video from the facility, allowing quality assurance team members to place target markers on plants in augmented reality. The grower is then able trim and train the plant according to feedback.

As a result of their top honour, Cocarell, Pitters, Vu and Wilson will be presented with the college’s Mastercraft Award at convocation this June. Established in 1980 by former Conestoga president Kenneth E. Hunter, the award includes a Coat of Arms and a cash prize of $1,000.

The annual Tech@Work exhibition showcases the best final-year projects from a number of technical programs in the Schools of Engineering & Technology and Applied Computer Science & Information Technology, capturing the full set of skills acquired by students throughout the course of their program.