A new Language Technology Lab at Conestoga’s John W. Tibbits campus in Waterloo has been named in recognition of Toyota Motor Manufacturing Canada (TMMC), a long-term partner and supporter of the college, its programs and its students. 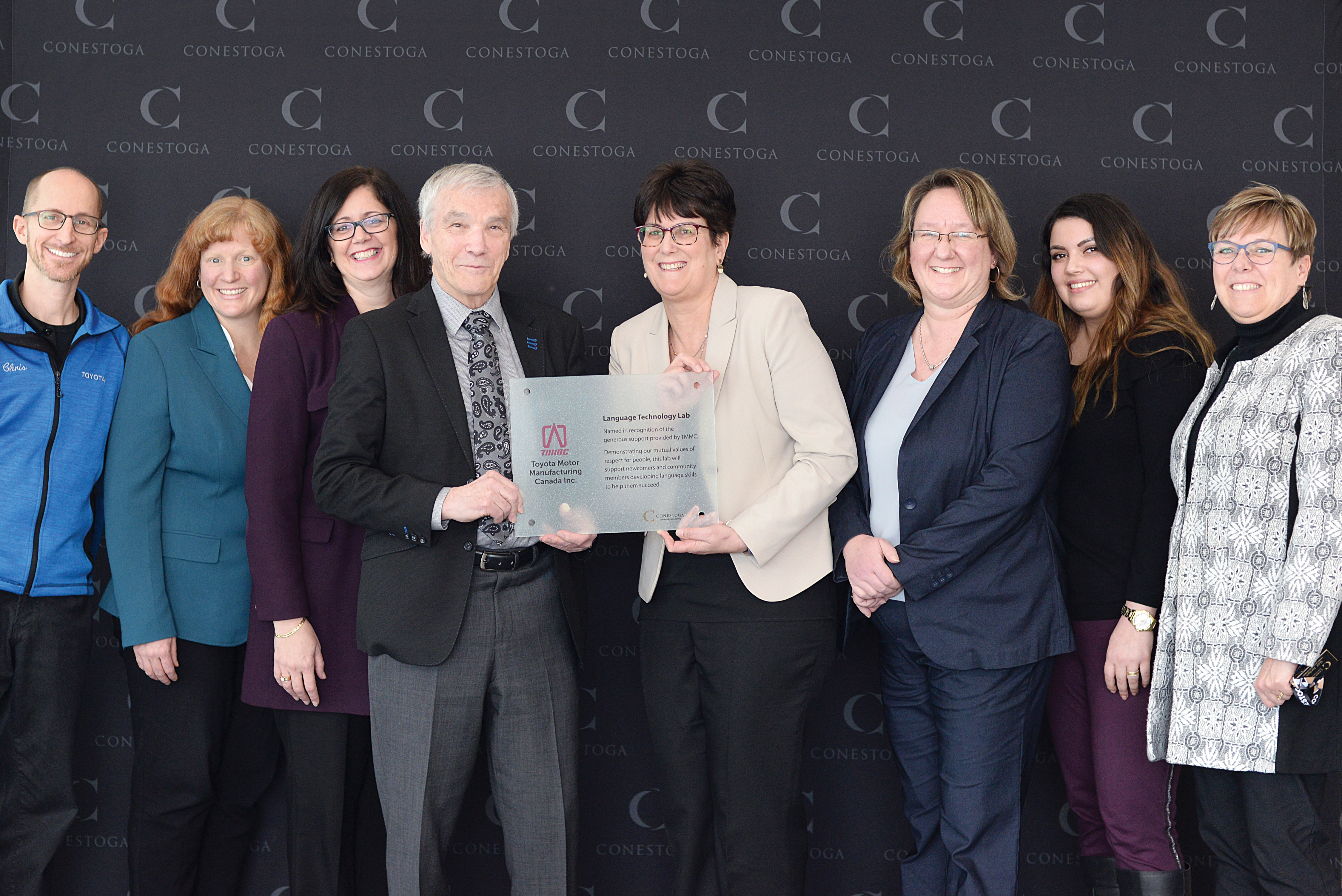 On February 11, a new Language Technology Lab at Conestoga’s Waterloo campus was named in recognition of Toyota Motor Manufacturing Canada for its support of the college, its programs and its students.

The announcement was made by President John Tibbits at a special event held on February 11, 2019. The naming recognizes a $100,000 gift provided by TMMC for the recently completed expansion and re-development of the campus.

"We are very grateful for the generous support that TMMC has provided for Conestoga," Tibbits said.  “Our relationship - which dates back close to 30 years - has yielded tremendous benefits for Conestoga’s students and programs, as well as for the community.”

In addition to support provided for the Waterloo campus development, TMMC was instrumental in the establishment of the Power Engineering Centre at Conestoga’s Doon campus, has provided scholarships and awards as well as substantial donations of equipment to support student learning, and contributed to the enhancement of Aboriginal programming and services across the college.

The TMMC Language Technology Lab is an essential resource for the delivery of Conestoga’s Language Instruction for Newcomers to Canada (LINC) programming. In addition to developing language skills, LINC participants have the opportunity to improve their computer literacy, research and job search skills as they transition to new lives in Canada.

Child-minding and transportation services for participants remove traditional barriers to participation, and programming is delivered at no cost to participants thanks to support provided through Immigration, Refugees and Citizenship Canada.

“The Learning Technology Lab at Conestoga is a direct reflection of TMMC’s values, including our respect for individuals and our commitment to both workplace diversity and continuous improvement,” said Stephanie Pollard, vice president of administration. “We are very pleased to invest in this initiative, which will play an essential role in supporting newcomers and contributing to the future of our community.”

Rema Thibeh, one of Conestoga’s LINC students, provided insights into the impact of LINC training for newcomers. Thibeh, who arrived in Canada from Jordan one year ago, held a Bachelor’s degree in Information Technology, but lacked the language skills to transfer her knowledge to a career in her new home. She credited the LINC training she’s received at Conestoga for helping her build career skills as well as language skills.

With her partner, she has recently launched a company focused on repairing and refurbishing small electronic devices.