Woodworking Centre of Ontario is "a hidden gem"

At approximately 52,000 square feet, Conestoga’s Woodworking Centre of Ontario is the largest facility of its kind in North America and ranks among the world’s top woodworking training centres. 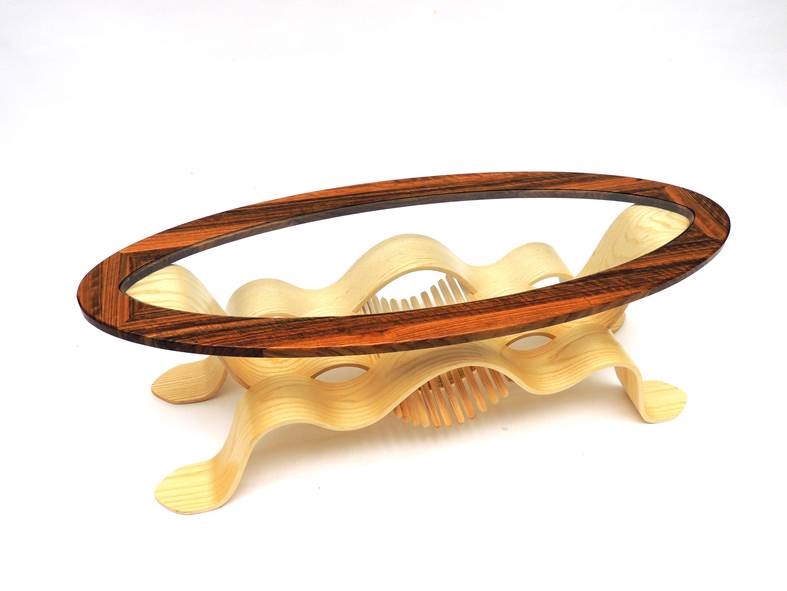 Conestoga woodworking students produce remarkable pieces of work that have gone on to win provincial and national awards. The wave table was crafted by Dylan Horst.

"This place is a hidden gem," said student Ryan Korczak in an article published in the Waterloo Region Record on November 25. Korczak lives in Hamilton and said he never imagined to find an advanced training facility so close to home. He turned to Conestoga after working on Toyota’s assembly line for 16 years and now plans to become a master cabinetmaker.

Conestoga’s woodworking facility opened in 1988 and celebrates its thirtieth anniversary this year.

The college accepts about 90 new first-year students every year to help meet the employment demands of the industry. According to the Conference Board of Canada, approximately 84 per cent of major employers in the wood product manufacturing sector reported an inadequate supply of skilled workers, while 76 per cent said they had difficulty attracting applicants.

Visit The Record to read the full story.