Eight of Conestoga’s outstanding alumni were recognized for their contributions to their professions and their community at the college’s Alumni of Distinction Awards event held at the John W. Tibbits campus in Waterloo on Wednesday, November 21. 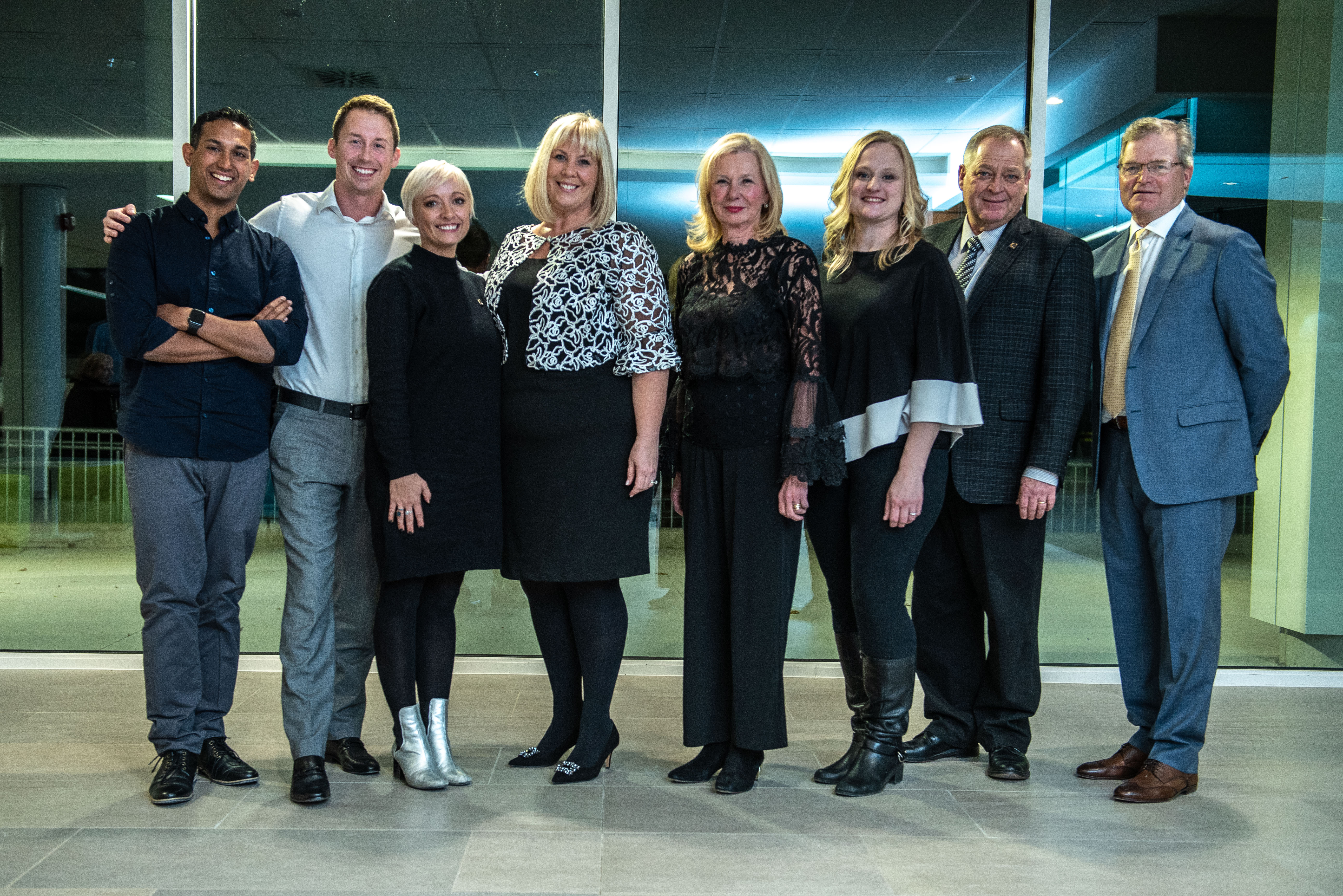 “Conestoga alumni make a difference,” said Mike Cybulski, president of Conestoga Alumni Council. “They are the people that shape our community and touch our lives every day.”

“Tonight’s award recipients come from a variety of backgrounds and academic achievements, but what they all have in common is the unwavering commitment to excellence that has helped them reach their individual goals, made their workplaces more effective and their communities better places to live,” Cybulski continued.

In recognition of their career achievements and contributions to the community, the newest Alumni of Distinction award recipients are:

In his remarks, Conestoga president John Tibbits pointed out that the majority of the college’s 130,000+ graduates live in the local community, making a tremendous contribution to the prosperity and well-being of the region. Almost 55 per cent of the local adult population has participated in Conestoga’s education and training programs.

According to a recent analysis, Conestoga graduates own more than 3,500 local businesses and contribute more than $2.3 billion to the regional economy each year.

More than 200 outstanding Conestoga graduates have been recognized through the college’s Alumni of Distinction program since it was established in 1997.