During a gala event held at the Fairmont Royal York hotel on October 29, Culinary Management students Sydney Lutz and Celina do Souto were named the silver medal winners of Taste Canada’s student competition. 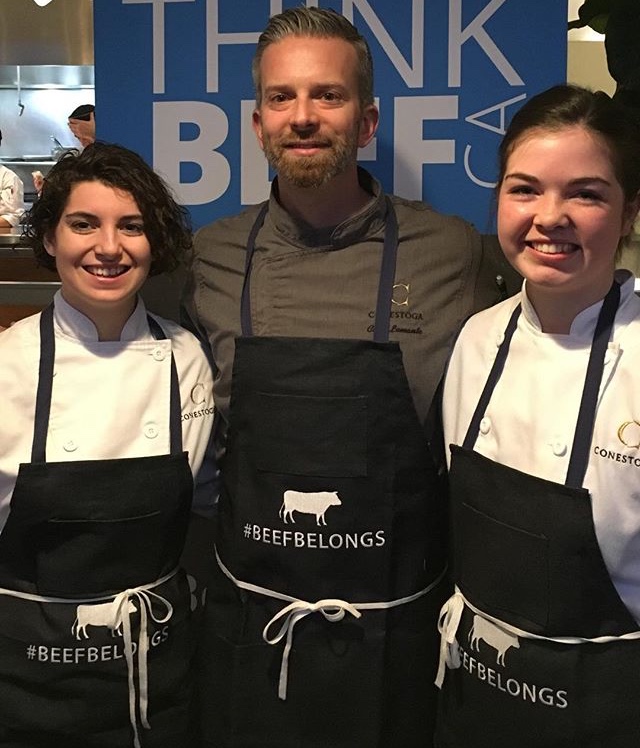 Cooks the Books - A Student Chef Battle, was open to culinary students across the country who competed to win the title of Canada’s Best New Student Chef. The competition was held October 28 at Mildred’s Temple Kitchen in Toronto and was presented in partnership with the Alberta Canola Producers Commission and sponsored by Summer Fresh and ThinkBeef.ca.

“We really wanted to ensure we went for the Canadian theme that was given to us so every single ingredient was sourced locally or from somewhere in Canada,” explained do Souto. “Even down to the salt - we used a Newfoundland sea salt - and we used a Niagara vinegar instead of lemon, and didn’t use ground pepper since it is not produced in Canada.”

Lutz and do Souto had to create a recipe in advance based on specific guidelines and were given 45 minutes to execute it and plate five identical dishes during the competition. There was also a black box component that required them to incorporate select products into their dish.

“Chef Brad was our mentor and he was really great,” said Lutz. “He helped us with everything and was really supportive. We couldn’t have done it without him.”

“He helped us get our vision on the plate and veered us in a different direction when we got stuck. We couldn’t have done it without his help,” agreed do Souto.

As the silver medal winners, both students received a food processor and a selection of cookbooks.

“The best prize of all was that silver win for me and Celina,” said Lutz. “I’m very proud of what we did.”