The Conestoga College United Way Campaign kicked off November 1 with a travelling awareness event in support of the month-long employee fundraiser. 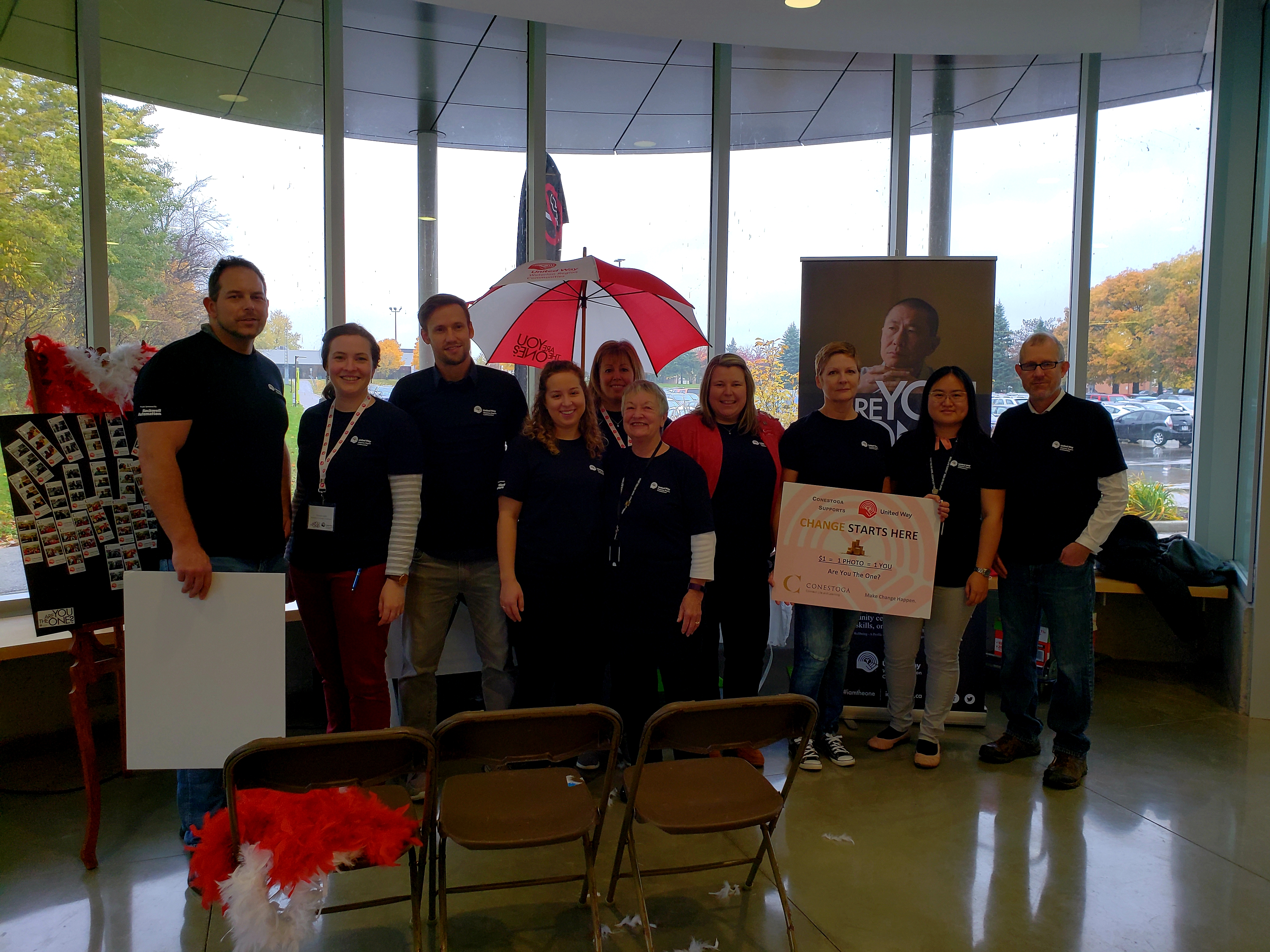 Conestoga United Way Campaign volunteers kicked off the fundraiser with a travelling photo booth, encouraging students and employees to stop and learn about the organization and the programs they support.

Volunteers from the college and United Way Waterloo Region Communities travelled to Conestoga’s Cambridge, Doon and Waterloo campuses with a photo booth, encouraging students and employees to stop and learn about the organization and the programs they support.

“United Way is a fundraiser,” said Marie Dennison, Donor Relation Specialist at United Way Waterloo Region Communities. “We support a network of services here in the community through 47 partner agencies, and we’re the largest funder next to the government.”

The organization’s new campaign “Are you the One?” aims to bring awareness to alarming statistics and highlight the on-the-ground services that tackle persistent social issues at their root. United Way Waterloo Region Communities targets investments to produce a direct and lasting impact in three key areas: vulnerable children and youth, poverty, and neighbourhoods.

According to Dennison, even with an $8 million goal this year, United Way Waterloo Region Communities knows it still won’t meet all the needs of the community -- that’s where Conestoga comes in. “We’re finding that a lot of students don’t know what United Way does,” said Dennison. “These kick-off events are helping to spread awareness, highlighting that United Way brings the community together and that you never know who is using these services or who will require them in the future.”

Monica Himmelman, Conestoga’s United Way Campaign coordinator, has a long history supporting the organization. Her 40-year affiliation includes running the college’s campaign before her retirement from Conestoga. This year, she was asked to lead a team of 25 volunteers towards a $30,000 pledge goal.

Himmelman sees this campaign as a way of giving back to a community that supports the college. “Our community embraces what we do at Conestoga,” said Himmelman. “Community support and partnerships help us produce graduates —- Conestoga is part of this community, and there is no one in the community the United Way doesn’t touch.”

Other activities planned for this year’s campaign include the sale of Rhéo Thompson Mint Smoothies, prize draws and a wrap-up event on November 30. Conestoga employees will be invited to pledge.

In addition to this campaign, Conestoga’s Brantford campus will also raise funds for the local organization that serves their community, Brant United Way.

Karen Towler, Operations and Program Planning manager at the Brantford campus, hopes the campaign resonates with employees. “Brant United Way supports 18 agencies in our community, helping over 25,000 people a year -- that may include our students,” said Towler. “United Way brings people together to make things better.”

The campaign team at Brantford has a goal of raising $2,500. Planned activities include a Crock Pot Lunch event, paint night and a Wear Red for United Way day. Those looking for more information are invited to contact Chantal Hammond.

United Way Waterloo Region Communities is dedicated to helping people live better lives in the seven communities they serve, supporting a network of agencies whose programs and services are locally focused, informed, connected and deeply invested in helping people reach their full potential.

Brant United Way is bringing people together to make things better, forming a network of giving that has made a stronger, safer community for people to grow, play and belong.