Seven Conestoga graduates have been nominated for the 2018 Premier’s Awards. Established in 1992 to mark the 25th anniversary of Ontario’s colleges, the annual awards honour and recognize the social and economic contribution that Ontario college graduates make to the province and beyond. 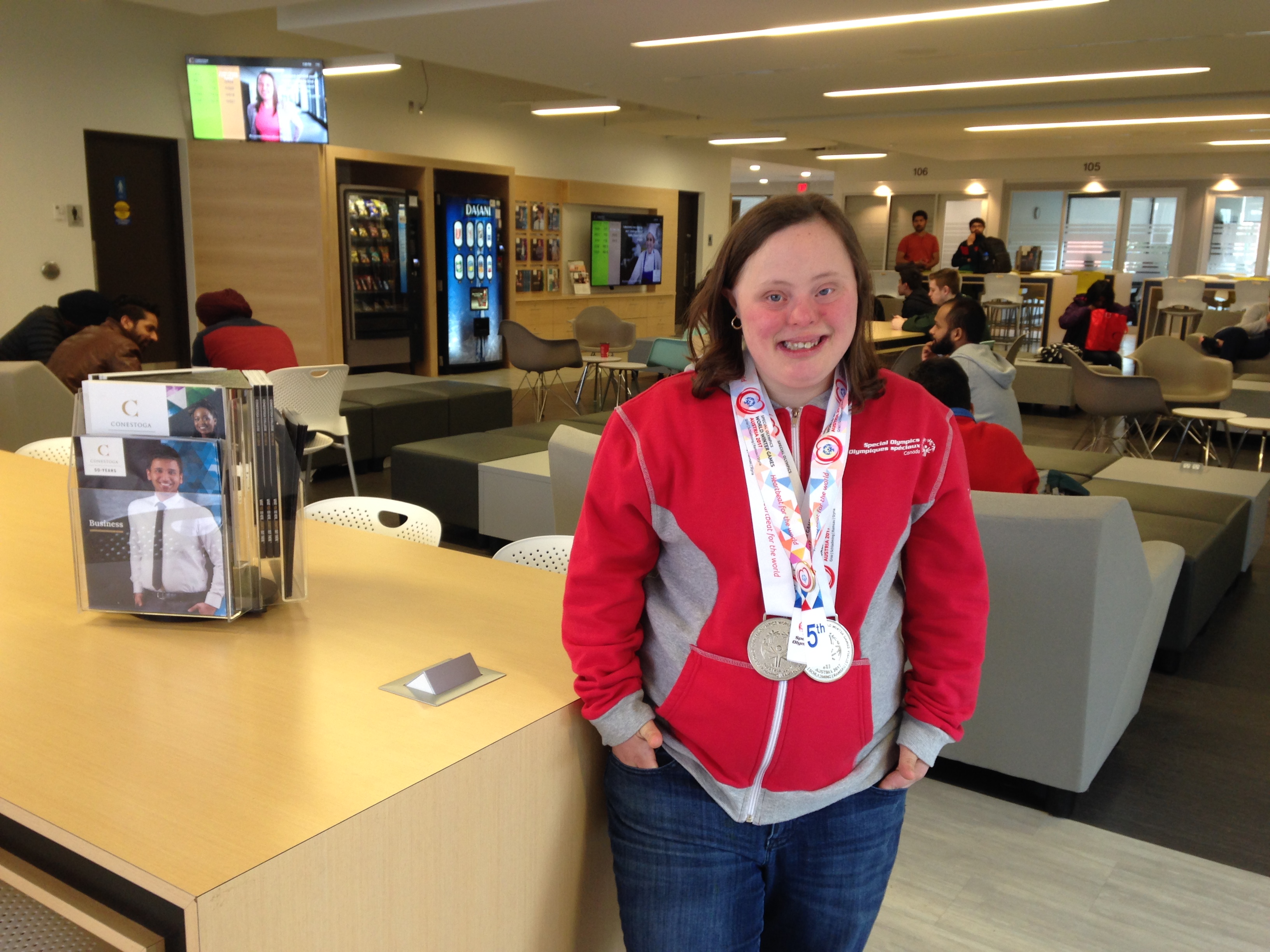 Allie Libertini, a 2017 CICE graduate and special olympian, is one of seven Conestoga graduates nominated for the 2018 Premier's Awards.

The 2018 Premier’s Awards gala will take place on November 26 at the Sheraton Centre Hotel in Toronto. More information and a full list of 2018 nominees is available through Colleges Ontario.