The Conestoga community kicked off Celebrating Cultural Diversity Week on October 15 with opening ceremonies at the Doon campus. The week-long event is presented by Student Engagement in partnership with various college service areas to celebrate Conestoga's diverse student population. 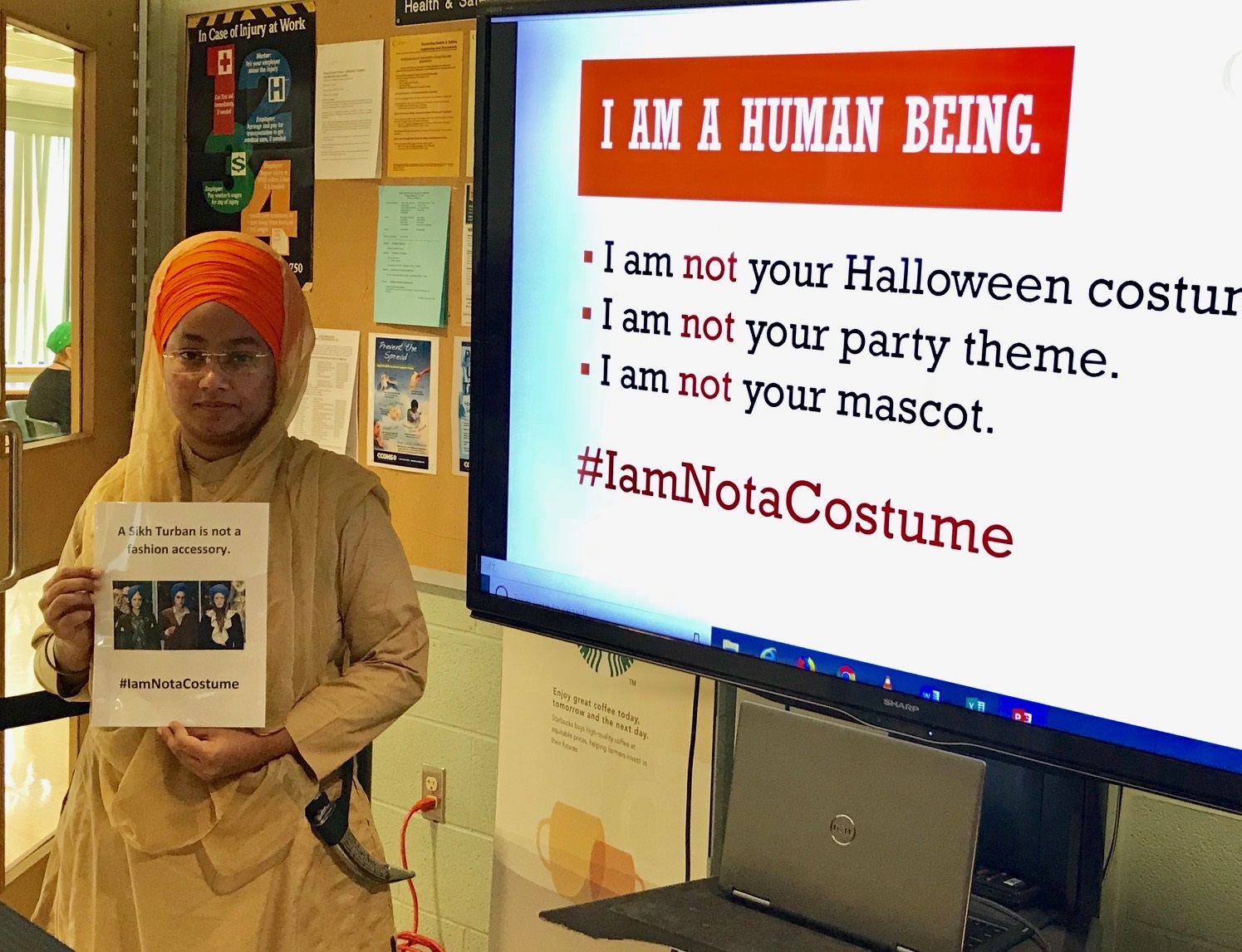 Harcharan Kaur, a Web Design and Development student, took part in a living art exhibit that aims to draw awareness to the problematic nature of some Halloween costumes and encourage the Conestoga community to learn more about cultural appropriation.

Harcharan Kaur is from Punjab, India and started the Web Design and Development program at Conestoga in September.

“It’s amazing,” said Kaur when asked about Cultural Diversity Week. “It’s a good way to spread information and learn from each other.”

Kaur is part of a living art exhibit on display at the Doon campus throughout the week titled “We’re a culture; not a costume.” Organized by the college’s Student Rights and Responsibilities team, Aboriginal Services and International Office, the campaign aims to draw awareness to the problematic nature of many Halloween costumes and encourages community members to be aware of cultural appropriation and avoid costumes and theme parties or events that may perpetuate harmful stereotypes.

“I have a unique culture and traditions and I want to represent them,” explained Kaur. “This is a way for others to learn about my religion and my dress.”

The exhibit will run throughout the week; other activities scheduled to celebrate diversity at the college include Bhangra dance classes, cultural expos, English conversation circles and the college’s first Indigenous Music Fest. Hosted by Aboriginal Services on October 19, the free event will be held in The Venue at Doon and features Indigenous artists from the region and the Greater Toronto Area, as well as Indigenous student performers.