Conestoga faculty member Susan Chilton is one of Waterloo Region’s top fundraisers for the 2018 Canadian Cancer Society CIBC Run for the Cure. She’s completed four runs in the past to support friends, but this year her motivation is a little different - this year, Chilton will participate as a recent breast cancer survivor. 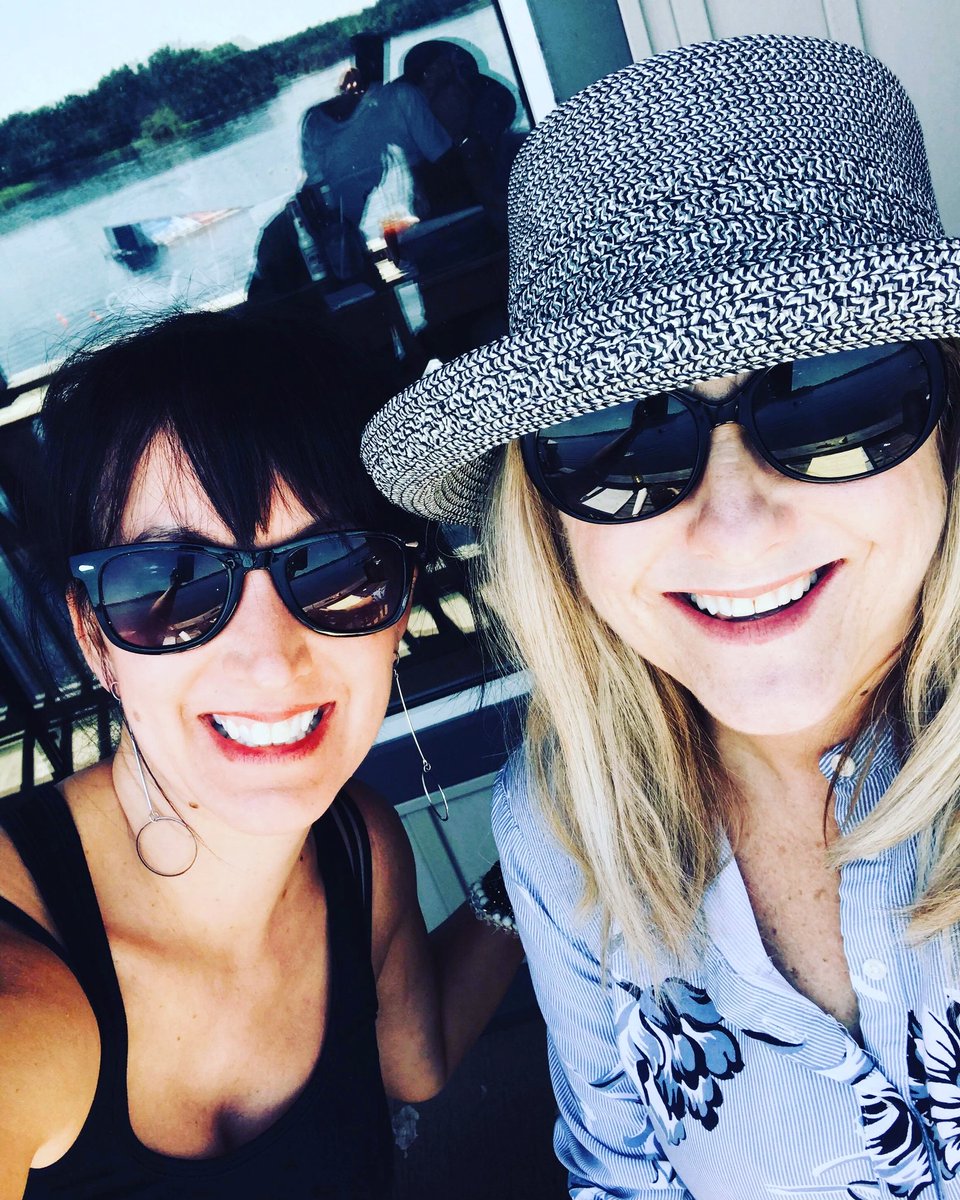 Faculty members and breast cancer survivors Melissa Smith and Susan Chilton will Run for the Cure at Conestoga's Doon campus on September 30.

“I’ve learned that we are all stronger than we may think we are,” said Chilton at Conestoga’s Doon campus where she teaches communication courses.

Chilton’s journey with breast cancer began March 12 when a routine mammogram showed calcification in her left breast. She lost her friend Ann to the disease, and recently supported two other friends who were diagnosed.

The thought of having breast cancer herself never crossed her mind, but a series of biopsies and other tests following her mammogram confirmed the worst.

“It was a stunning blow,” said Chilton. “It was so important to me to get through Capstones and finish the term with my students though. Capstones finished on April 25; I was booked for surgery the next day.”

She spent July receiving radiation daily at the Grand River Cancer Centre, but was back on campus September 4 for the start of the fall term. Despite her summer, she said the timing couldn’t have been better.

“Having something to look forward to lifted my spirits. I feel fantastic and my energy levels are high,” said Chilton. “My students always renew me and I couldn’t wait to be back.”

Chilton has shared much of her cancer journey through social media to connect with others going through the same experience, to show that there is hope after a diagnosis, and to encourage others to go for mammograms. Her students have taken notice.

On September 30, Chilton will complete her Run for the Cure at Conestoga’s Doon campus - one of 56 locations across the country to host the event. As Canada’s largest single-day, volunteer-led event in support of the breast cancer cause, the run has directed more than $360 million to breast cancer research over the last 20 years, funding more than 1,400 scientific and community grants.

Chilton has organized a team of 25 members for the run that include the family and friends who have been supporting her through the summer, as well as some current and several past students. Many former students have also helped her fundraising efforts - she surpassed her original goal of $2,500 on September 6 and is now aiming to raise $3,000. Her team goal has been set at $10,000.

“My students and colleagues have been so supportive. It’s really meant the world to me.”

Also joining Chilton at the event will be Melissa Smith, a friend and fellow faculty member at the college who Chilton said has lent “amazing support.”

“My heart just sank for her,” said Smith when describing her reaction to Chilton’s diagnosis. “I immediately reached out and assured her that she’d get through it.”

Smith said she’s passed along as much advice to Chilton as she can - she had her own breast cancer fight 12 years ago at the age of 36.

“I remember every second of the phone call from the doctor,” said Smith. At the time, her children were five and eight and, like Chilton, there was no family history of the disease.

Chilton said she’s also heard from a former student who carries the BRCA2 genetic mutation which results in an 85 per cent lifetime risk for breast cancer. The student said Chilton’s openness and humour about her cancer journey was what she needed to schedule a meeting with a genetic counselor to consider next steps.

“I’m not one for inspirational quotes,” said Chilton, “but I wrote this one down from John Diamond: cancer is a word, not a sentence.”

“I’ve learned the importance of spending time with family and friends, letting them help you when you need it, and to just really appreciate the everyday things.”

In Canada, one in eight women will be diagnosed with breast cancer in their lifetime.

Visit the CIBC Run for the Cure to learn more about the event in Kitchener-Waterloo and to support Susan Chilton and Melissa Smith in their fundraising efforts.