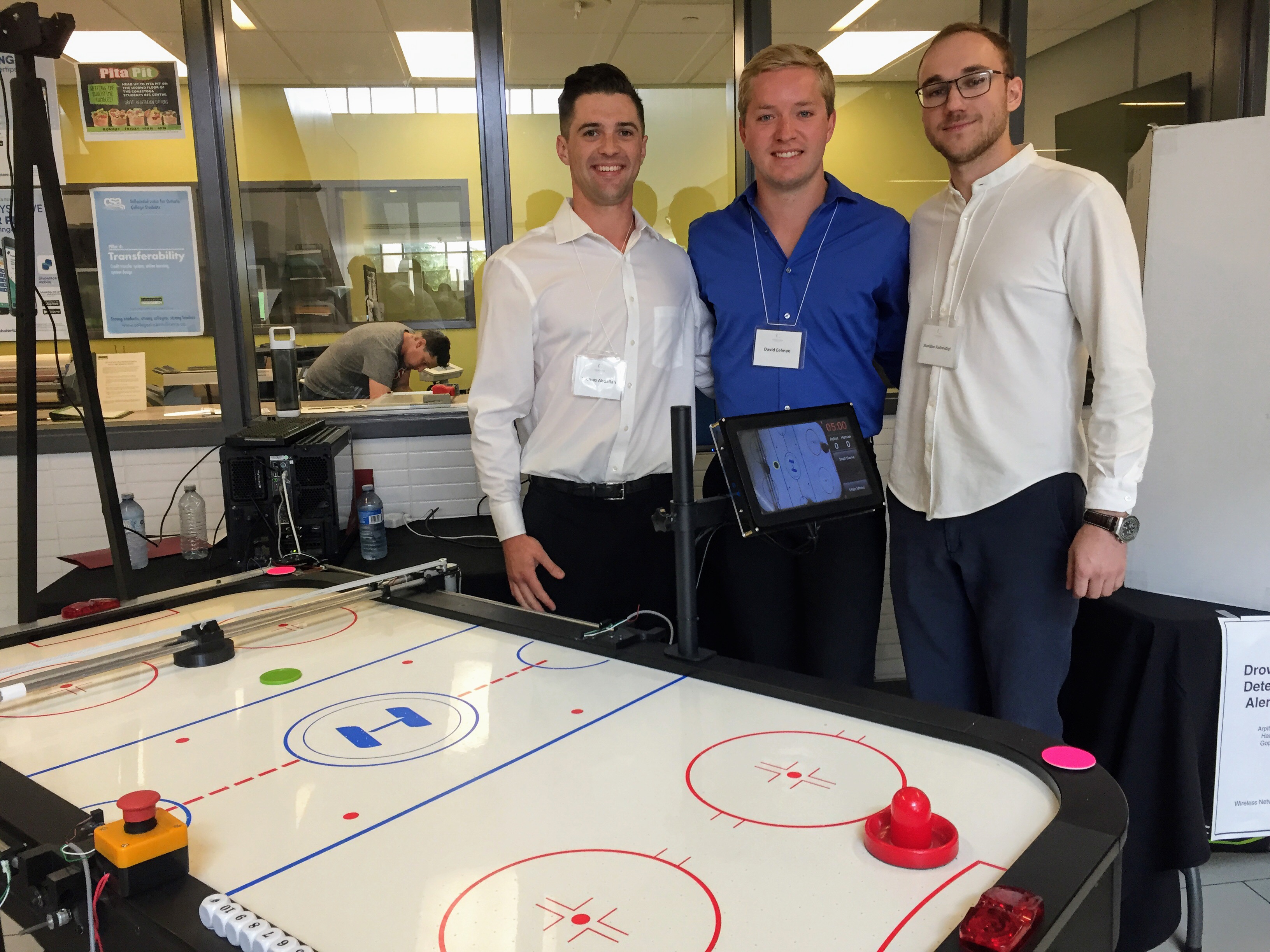 The annual showcase features best of program, final-year projects from 14 technology programs; winners are honoured with Conestoga’s Mastercraft Award which recognizes excellence in program-related skills. Established in 1980 by former Conestoga president Kenneth E. Hunter, the award includes a Coat of Arms and a cash award of $1,000.

“We were thrilled and excited to be selected as the best overall project,” said Eelman. “We are proud to represent the capabilities of the ESE program at the college-wide level.”

“The robot needed to be capable of reacting quickly and moving very fast to compete against a human player in the fast-paced game of air hockey,” explained Eelman. “To accomplish this we had to overcome two major technical hurdles. First, tracking the position of the puck required a high frame-rate camera and a powerful computer to process the images in real-time. Second, to move the robot at high speeds we designed and built our own motor drivers to support the high power motors that were needed to match the speed of a human. Both of these tasks were great technical challenges that allowed us to apply what we learned in the ESE program to real-world problems.”