On July 19, the Conestoga community, along with industry partners, celebrated the graduation of a group of students who completed an intensive eight-week powerline pre-trade program at Conestoga’s Ingersoll facility. 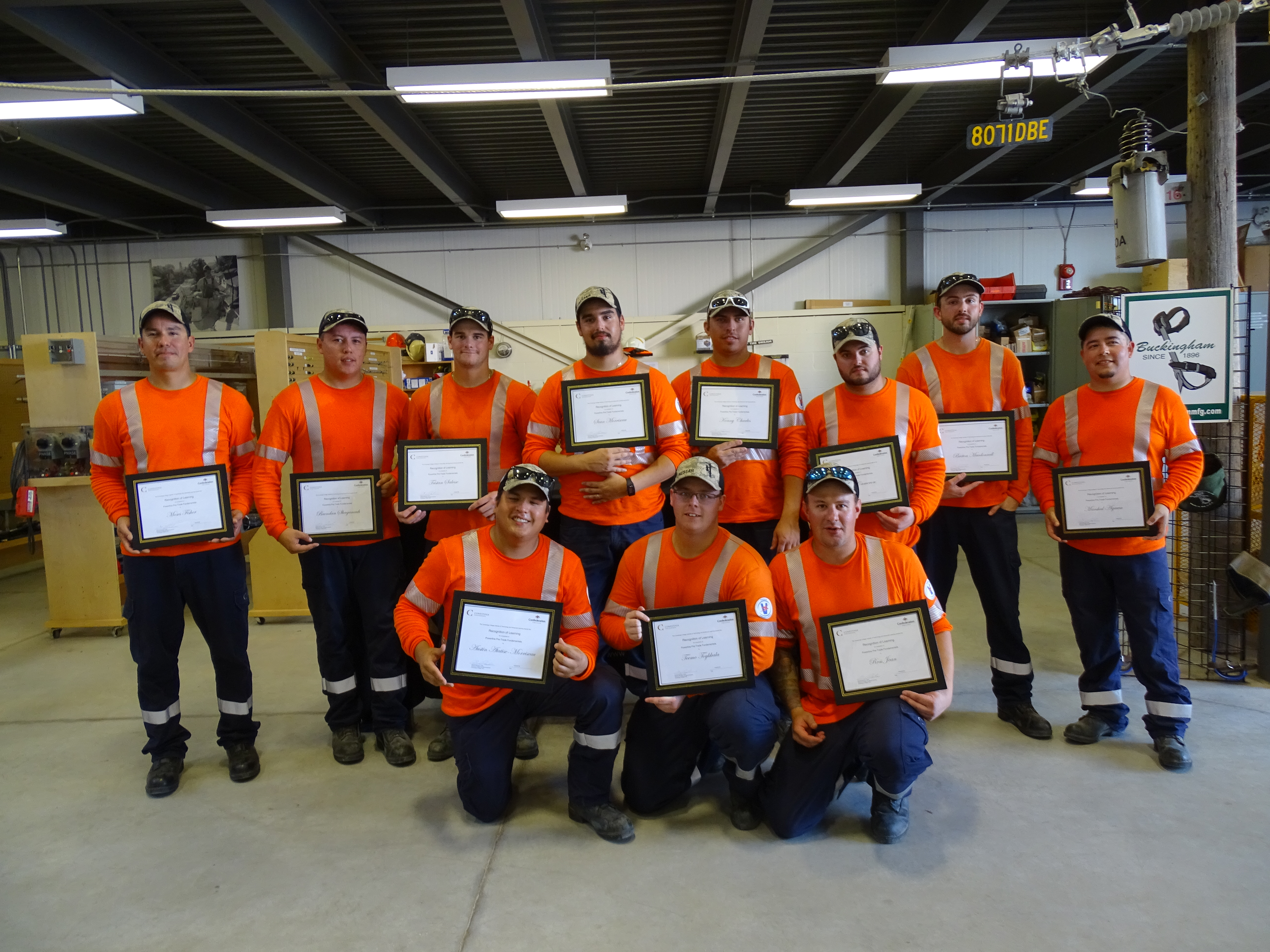 On June 19, the Conestoga community celebrated the graduation of a group of students who completed an intensive eight-week powerline pre-trade program at Conestoga’s Ingersoll facility.

The students were part of an initiative delivered by Conestoga in partnership with Confederation College, SuperCom, Alectra and Hydro One, and with the support of the Town of Ingersoll. The students will now train with Hydro One at its Kleinburg facility to prepare them to work on one of Ontario’s highest priority transmission lines, the East-West tie on the north shore of Lake Superior linking Wawa to Thunder Bay -- a 450 km line that is expected to take 26 months to complete.

Supercom selected the participants for the program which were drawn from the six First Nation communities that will be affected by the line.

“We’re really lucky to be here,” said graduate Moses Fisher of Biigtigong Nishnaabeg. “Thank you to everyone who helped make this possible - it’s a tremendous opportunity.”

The graduation celebration began with a smudging ceremony led by Christina Restoule, manager of Aboriginal Services at Conestoga, and was followed by a skills demonstration where graduates performed various tasks including a pole top rescue.

“It’s hard to believe you started just eight weeks ago,” said Rachel Banham, chair, Trades & Apprenticeship, before presenting certificates to the graduates. “It’s an honour to recognize what you have achieved here.”