An endowed memorial award established in the name of Conestoga graduate Gregory Peltz will help support students in the college’s Mechanical Technician - General Machinist two-year co-op diploma program. The awards were made possible through a bequest Peltz left to the college and will provide two $4,500 awards annually. 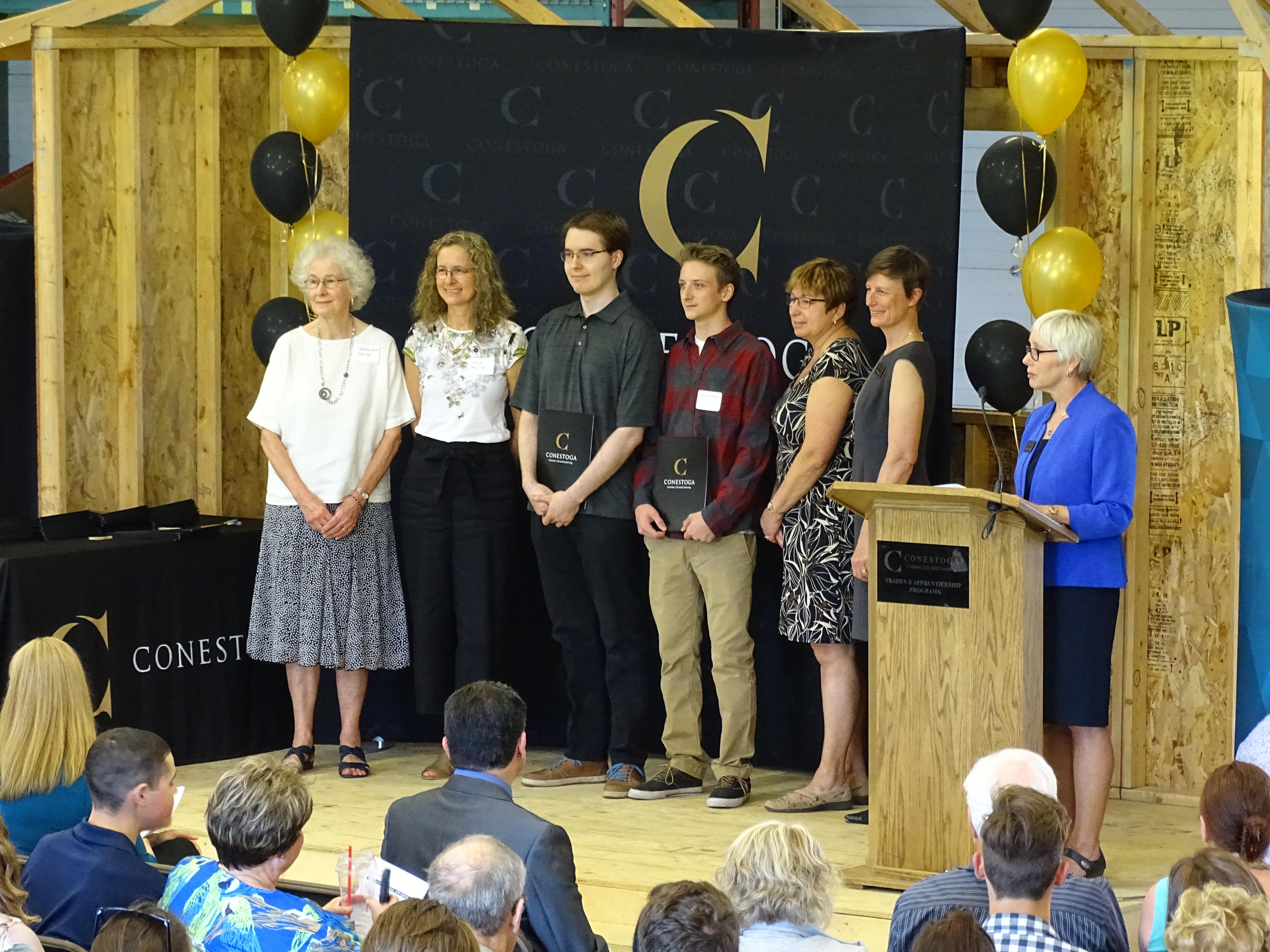 The Gregory Peltz Memorial Awards were presented at the 2018 Trades & Apprenticeship Awards ceremony by Peltz's mother, Geri, and sister, Julie.

Peltz, a 1982 graduate of the Machine Tool Setter Operator program, passed away in July 2017 at the age of 58 following a recurring struggle with cancer. His gift to the college will support future machining students in their desire to overcome obstacles and succeed.

“He had an incredible zest for life and was generous with his time,” said Peltz’s mother, Geri. “He was a hard worker and gave back to the trade by teaching and mentoring apprentices at his shop.”

Despite being dyslexic and having difficulty reading, Peltz turned to Conestoga on the advice of his father, a 1970 graduate of the Woodworking Technician program, who is said to have had a hand in building the Conestoga wagon.

“Greg could work with blueprints and numbers easily,” explained Geri. “After graduating he started a company with his partner and worked day and night. He was ambitious and wanted to be successful.”

Peltz’s partnership with Dave Dietrich was started on a handshake. Their company, Pro Machining Inc., has operated successfully for 30 years and their second company, Quality Valve, was built, operated and sold within that same trusted partnership. The business partners were known for the quality of their work and fair businesses practices.

Peltz also gave back to his profession by volunteering on national trades committees to set guidelines and exams for the next generation of machining students.

This year, the Gregory Peltz Memorial Awards were presented to students Nick Kuenzig and Chris Noel at Conestoga’s ninth annual Trades & Apprenticeship Awards presentation on May 23. Geri and her daughter Julie, who flew in from Ottawa, attended the event in Greg’s honour.

“Greg left this gift because he wanted to give other students a chance,” said Geri. “We both felt attending the awards presentation was special and we’re proud of the winners. We’d like to do this every year.”

The Trades & Apprenticeship Awards recognize outstanding student achievement in the motive power, construction and industrial trades. More than $1 million dollars has been distributed to students through the annual ceremony since 2010 thanks to the generosity of the industry partners, associations and individuals who support it.