On May 30, approximately 200 female students from nine school boards attended Conestoga’s Jill of all Trades at the Cambridge campus. The event featured hands-on workshops led by female mentors to help young women in grades nine to 12 develop a better understanding of the potential of skilled trades careers. 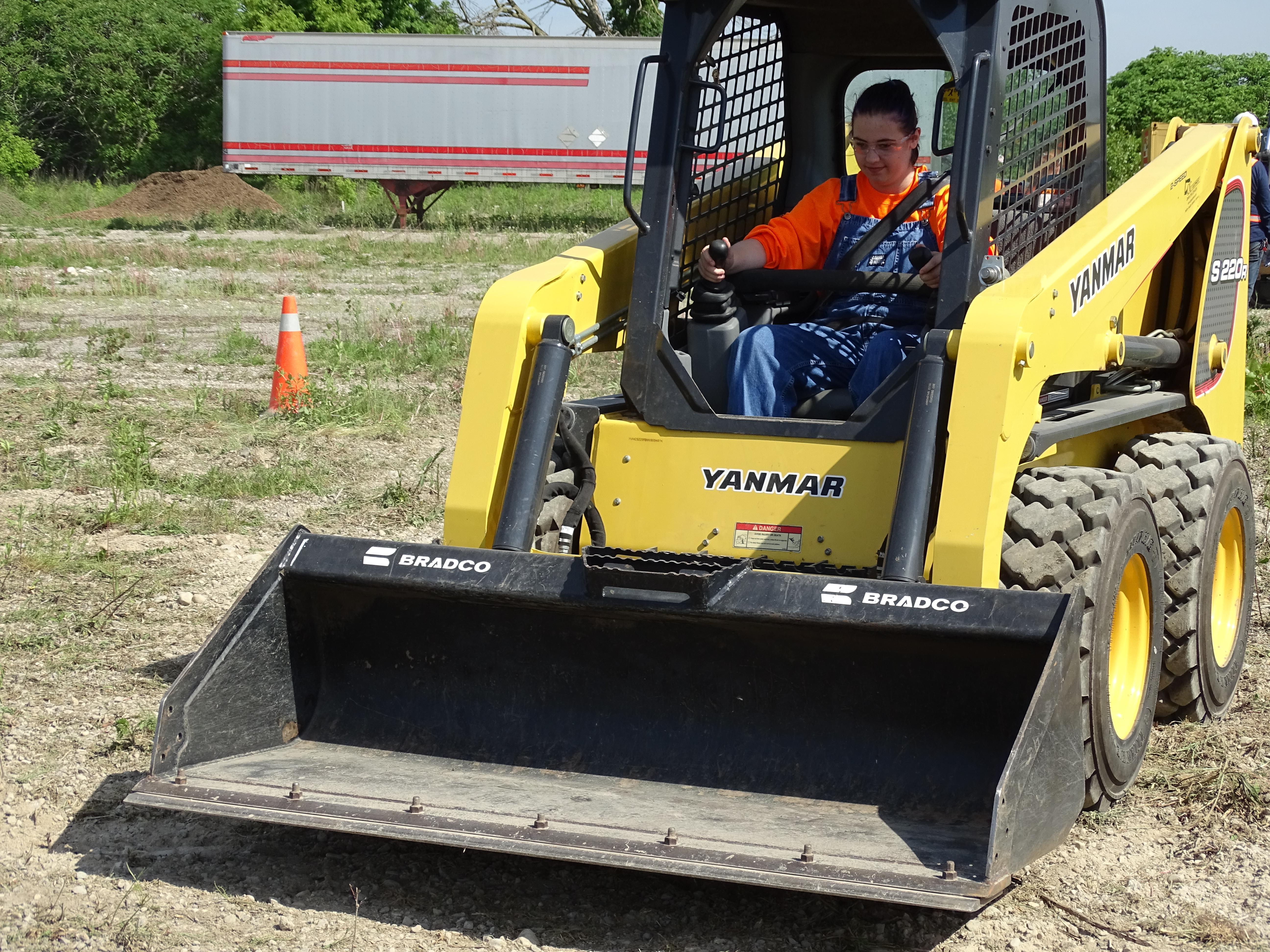 Through the hands-on workshops available at Jill of all Trades on May 30, female students in grades nine to 12 had an opportunity to explore different careers in the trades.

The event is now in its fifth year and had the support of more than 100 volunteers including current students, alumni, faculty and technicians who delivered 12 workshops. While participating in activities like welding, masonry, electrical and plumbing, visiting students were able to meet women working in various sectors and learn more about Conestoga’s Trades & Apprenticeship programs.

During her welcome to participants, Julia Biedermann, executive dean, School of Engineering & IT, School of Trades & Apprenticeship, and Institute for Food Processing Technology, told participants the event aims to address the underrepresentation of women in the trades by encouraging and inspiring more young women to consider the trades as a career choice. She also reminded students they have the opportunity to help address the province’s expected shortage of skilled trades workers over the coming years.

Keynote speaker and trades advocate Mandy Rennehan, founder of Freshco, a full-service reconstruction and retail maintenance provider, and co-founder of RennDuPrat, an interior design firm based in Yarmouth, N.S., shared her story and the experiences she’s had as a woman in the trades.

As a trailblazer in the Canadian construction industry Rennehan was honoured as a recipient of the RBC Canadian Women Entrepreneur award in 2017, and was named one of Atlantic Canada’s top 50 CEOs the same year. The Women’s Executive Network named her one of the 100 most powerful women in 2015, 2016 and 2017, and in 2015 and 2016 she made Profit’s W100 list of Canada’s top female entrepreneurs.

“The idea behind redefining the collar blue is that we need to bring the dignity and the pride back to the trades … we need people like you that are innovative, that are creative, that understand the technology being built today and how you use it,” said Rennehan. “And here’s the other thing, girls, you’re going to be a mentor to every young guy sitting next to you … women are becoming powerhouses.”

Frescho has provided bursaries to students in Conestoga’s Women in Skilled Trades (WIST) program and supports Jill of all Trades and the college’s TNT Days - both events encourage young women  to visit Conestoga for hands-on workshops related to the skilled trades.

Conestoga delivers comprehensive programming that includes a wide range of post-secondary trades programs that provide pathways to employment in skilled trades careers as well as pre-apprenticeship training and in-school training for apprentices.

Visit the School of Trades & Apprenticeship for more information.

Applications are still open for the September intake of Conestoga’s WIST program. Details about upcoming information sessions are available through the college's event calendar.