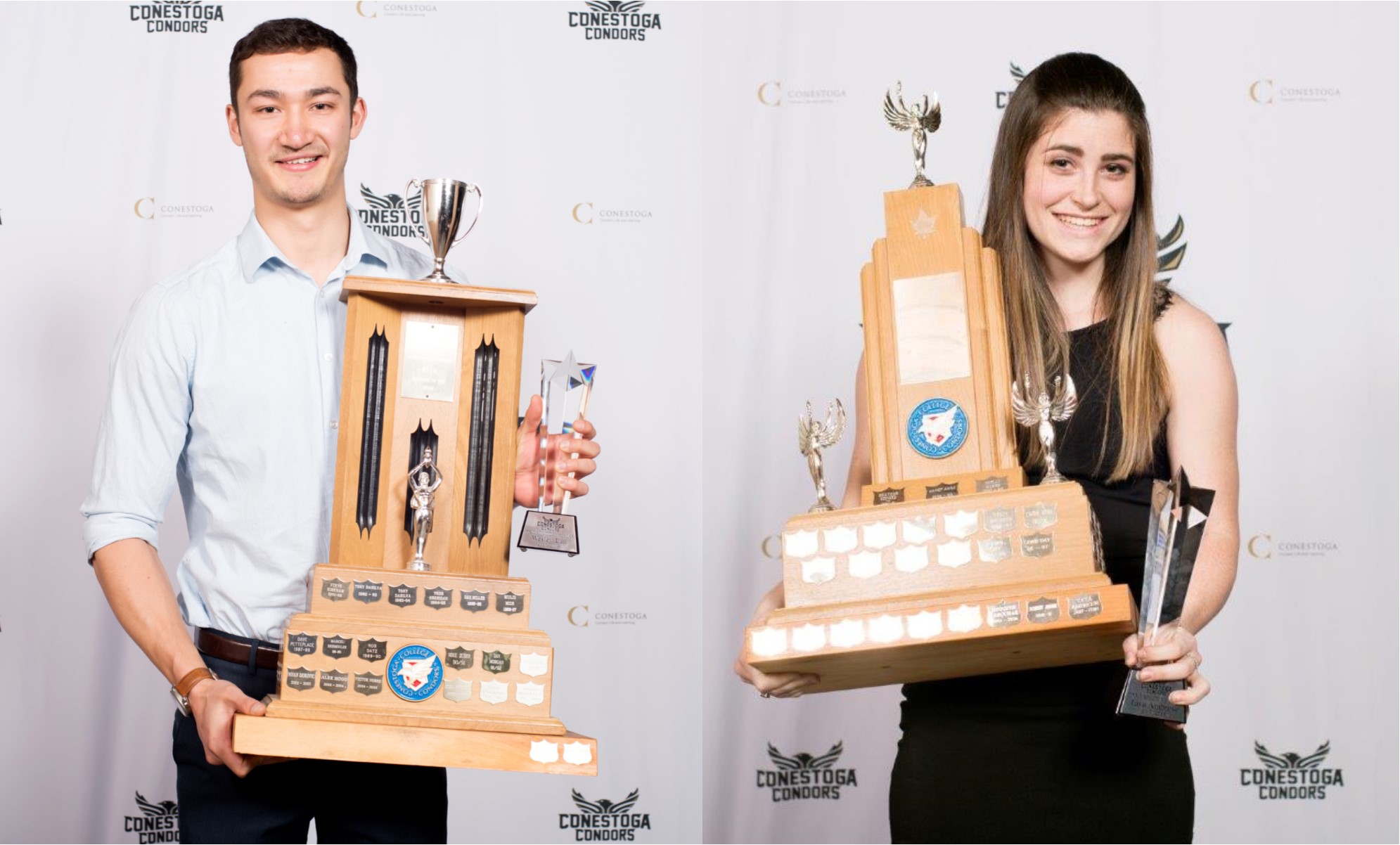 Wesley Lau, a student in the Bachelor of Applied Technology (Honours) - Architecture - Project and Facility Management program, was named Male Athlete of the Year. Lau was a key player on the varsity volleyball team, scoring 215 points, averaging 4.0 points per set, helping the team earn a berth to the OCAA championships for the first time.

“I won Male Athlete of the Year in my first season here at Conestoga, so to win it again is quite surreal,” said Lau. “I am very appreciative of this award as I know we have many great athletes here at Conestoga.”

Police Foundations student Taya Ambrose was named Female Athlete of the Year. Ambrose, a key defender in her third year as a varsity soccer player, is also an Athletic Scholarship recipient.

“I was very surprised to receive this award, I am truly humbled by it and appreciate this distinguished honour,” said Ambrose. “I am a very proud Condor.”

Ambrose also adds Women’s Indoor Soccer MVP and OCAA All-Academic Award winner to her list of honours from the event.

The 2018 Athletes of the Year each received a plaque and a $500 cheque in recognition of their leadership and accomplishments.

Conestoga's Athletics and Recreation department offers programming and facilities designed to engage students and enhance their health and wellness through varsity and extramural athletics, intramural sports and fitness classes. The Recreation Centre at the Doon campus provides a full range of recreation and athletic services and houses a 35,000 square-foot fitness centre outfitted with state-of-the art equipment. The Centre officially opened in 2016 and received a Design Excellence Award in 2017 by the Ontario Association of Architects.