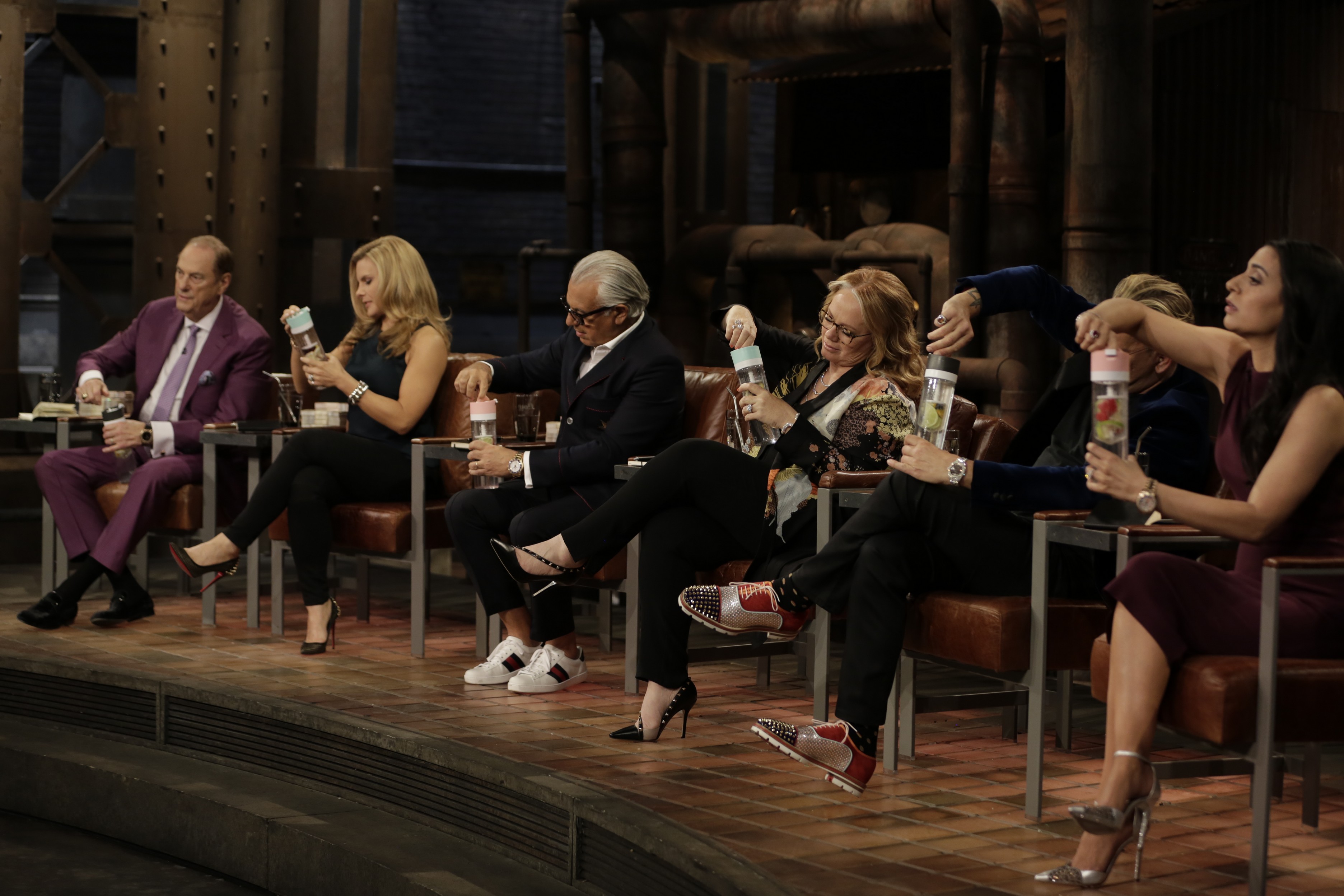 The brothers pitched a product they developed called the Pressa Bottle -- the first reusable water bottle with a patented built-in twist-and-press system. While other water bottles may include a chamber for fruit to sit in, the Pressa Bottle works like a cold juice press to actually squeeze and diffuse fresh fruit and vegetable juices into plain water.

“They grew up watching Dragons’ Den so it’s pretty amazing to be here and be able to watch them on the show,” said Dave Hambly, the brothers’ dad, on set at the taping. “We’re very, very proud of them.”

After their pitch, the Hamblys received four offers, but agreed to strike a deal with Treliving who offered an investment of $150,000 in exchange for 25 per cent of the company. The episode was taped in March 2017 and since then distribution of the bottle has expanded into North American Saks Fifth Avenue locations as well as Staples and Home Depot locations and more than 100 small retailers throughout the U.S. The Pressa Bottle is also available online.

“That’s really how you should be building a business these days,” said Michelle Romanow, a Dragon on the show and co-founder of Buytopia.ca, after learning the Hamblys started Pressa Bottle with 3D-printed prototypes and a Kickstarter campaign. “Find out if people want it and then get to scale and grow from there.”

Dragons’ Den, now in its twelfth season, gives entrepreneurs an opportunity to pitch their product to a panel of Canadian business moguls who have the knowledge and resources to help turn their ideas into thriving businesses.

The Pressa Bottle pitch aired February 1 and is available online.

During 2016-17, more than 1,000 students were engaged in entrepreneurial learning initiatives at Conestoga. C4E supports the ongoing education and exploration of entrepreneurship as an opportunity for students through a variety of programs, workshops and events at Conestoga including the college’s Pitch Day competition and the Rising Stars culinary entrepreneurship showcase in partnership with the Kitchener Market.