Luke Hambly, a 2015 Mechanical Engineering Technology - Automated Manufacturing graduate, will appear on CBC’s Dragons’ Den on February 1 to pitch the Pressa Bottle - a product he developed in partnership with his brother, Jesse. 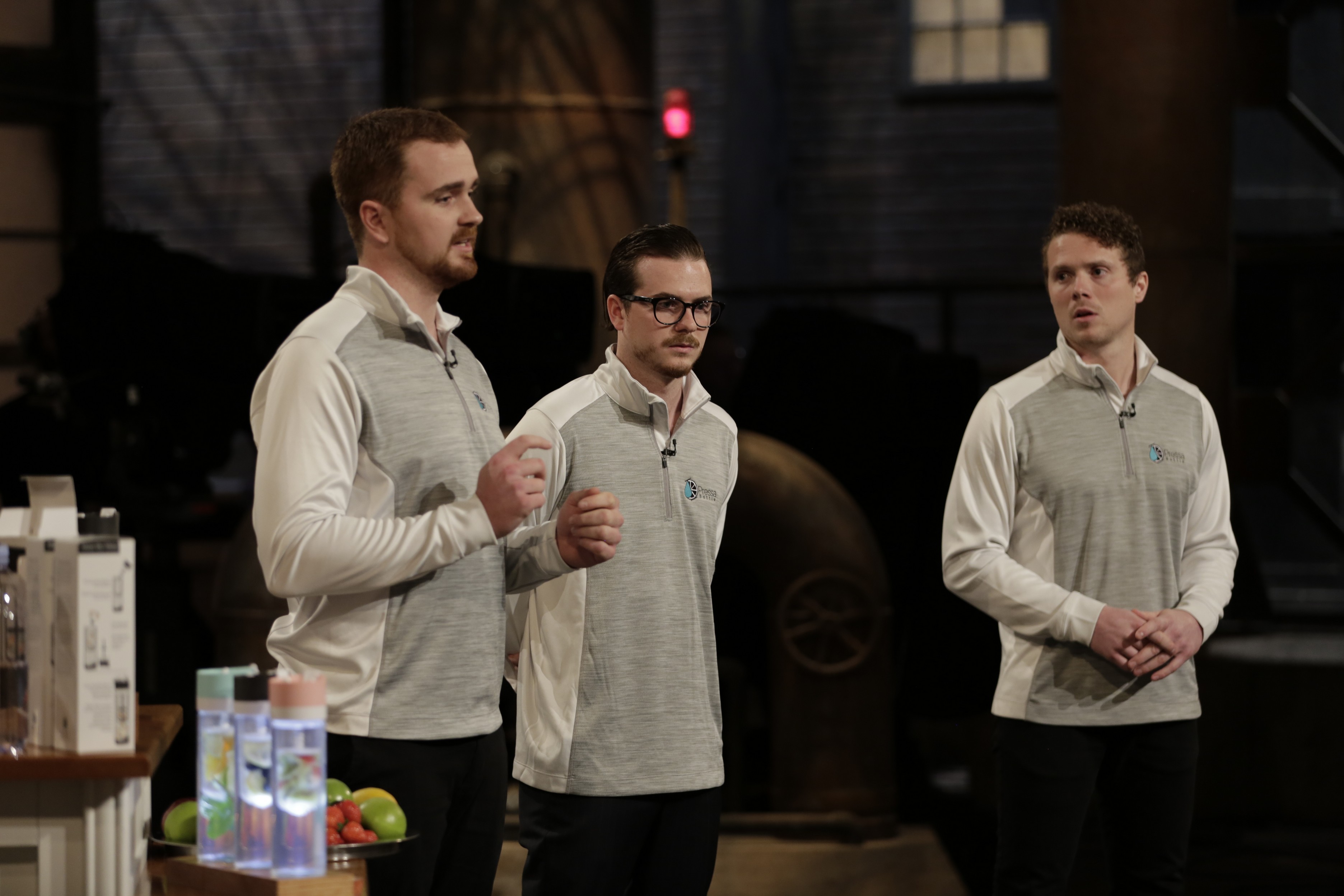 Luke Hambly, a 2015 Mechanical Engineering Technology - Automated Manufacturing graduate, and his brothers will pitch the Pressa Bottle on Dragons' Den on Thursday, February 1 at 8:00 p.m.

Pressa Bottle is the first reusable water bottle with a patented built-in twist-and-press system. Other water bottles may include a chamber for fruit to sit in, but the Pressa Bottle works like a cold juice press to actually squeeze and diffuse fresh fruit and vegetable juices into plain water to flavour it naturally. The bottles hold 24 oz. of water, are dishwasher safe, come in either plastic or glass, and are available for sale through the Pressa Bottle website.

Dragons’ Den, now in its twelfth season, gives entrepreneurs an opportunity to pitch their product to a panel of Canadian business moguls who have the knowledge and resources to help turn their ideas into thriving businesses. The Pressa Bottle pitch will air Thursday, February 1 at 8:00 p.m. on CBC. In a recent interview with the Waterloo Chronicle, the brothers - who have since partnered with their youngest brother, Mason - said they were pleased with the outcome, but cannot reveal more until the program airs.

The Hamblys began their Pressa Bottle journey with Conestoga’s Centre for Entrepreneurship (C4E) where they were introduced to community partners and received assistance with the creation of the Pressa Bottle prototype. They were also accepted into the JumpStart program - a partnership between Conestoga, the Accelerator Centre in Waterloo, Wilfrid Laurier University and the University of Waterloo that connects starups with essential resources and experts.

During 2016-17, more than 1,000 students were engaged in entrepreneurial learning initiatives at Conestoga. C4E supports the ongoing education and exploration of entrepreneurship as an opportunity for students through a variety of programs, workshops and events at Conestoga including the college’s Pitch Day competition and the Rising Stars culinary entrepreneurship showcase in partnership with the Kitchener Market.