Two members of the Conestoga community were recognized among the 2017 K-W Oktoberfest Rogers Women of the Year at an awards ceremony held October 5. 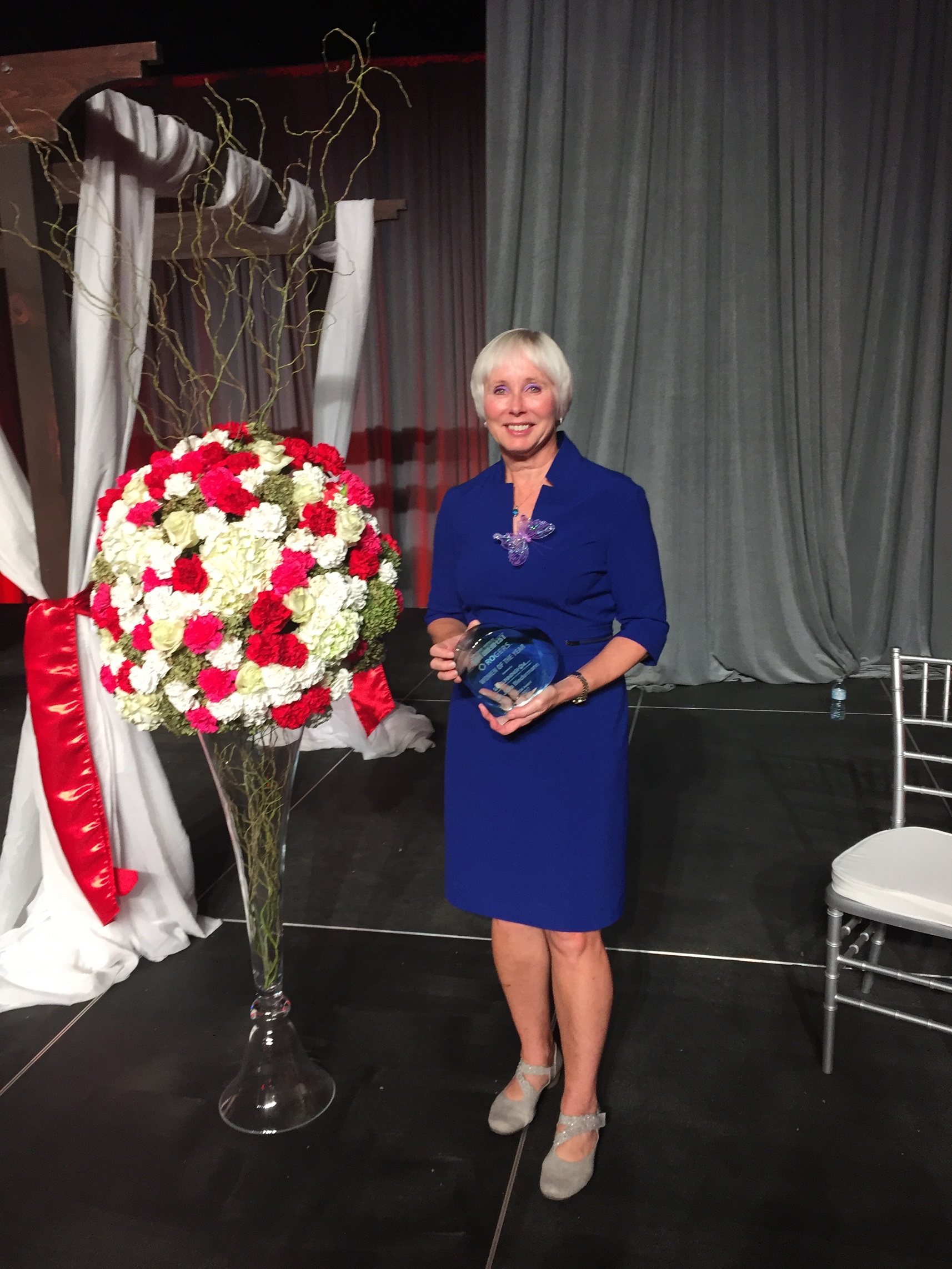 Dr. Julia Biedermann, executive dean of Conestoga’s Schools of Engineering, Information Technology, Trades & Apprenticeship and the Institute of Food Processing Technology, was honoured with a 2017 K-W Oktoberfest Rogers Women of the Year award in the STEM category.

The annual awards recognize and pay tribute to outstanding women in the community in eight categories. This year, Board of Governors member and 2012 Alumni of Distinction award recipient Jennifer Knapp was honoured with the Entrepreneur award. Dr. Julia Biedermann, executive dean of Conestoga’s Schools of Engineering & Information Technology, Trades & Apprenticeship and the Institute of Food Processing Technology, received the Science, Technology, Engineering & Math (STEM) award.

Knapp has been recognized with numerous awards, most recently BMO’s Celebrating Women Award for Innovation & Global Growth and the Cambridge Chamber of Commerce Chairs Award in 2016.

Dr. Julia Biedermann holds a BASc, MASc and PhD in civil engineering and is a professional engineer. She began teaching at Conestoga in 1997 in the Civil Engineering Technology program and assumed the role of Chair of Engineering & Information Technology in 2005. In 2013, she was promoted to the position of Executive Dean for the Schools of Engineering, Technology and Trades.

Biedermann has dedicated her educational and career endeavours to the STEM fields and sits on numerous STEM-related councils and boards at the local, provincial and national levels. She strives to increase enrolment of women into Conestoga’s STEM programs and supports numerous initiatives and outreach activities to support this. The college’s Trades and Technology days, Jill of All Trades, Go ENG Girl and Go CODE Girl events are held at Conestoga campuses for young women to learn more about careers and opportunities in engineering, technology and the skilled trades.

The Women of the Year awards are held annually during the region’s Oktoberfest celebrations. Nominees who are involved in the community, inspire and motivate others, and demonstrate initiative and are drawn from the region.

For more information, visit the K-W Oktoberfest Rogers Women of the Year website.