On October 5, the Conestoga community welcomed the arrival of the Amazing 50 trailer. The unique 42-foot trailer has been making stops at each of Ontario’s 24 colleges as part of a province-wide tour coordinated by Colleges Ontario to commemorate the 50th anniversary of Ontario’s college system. 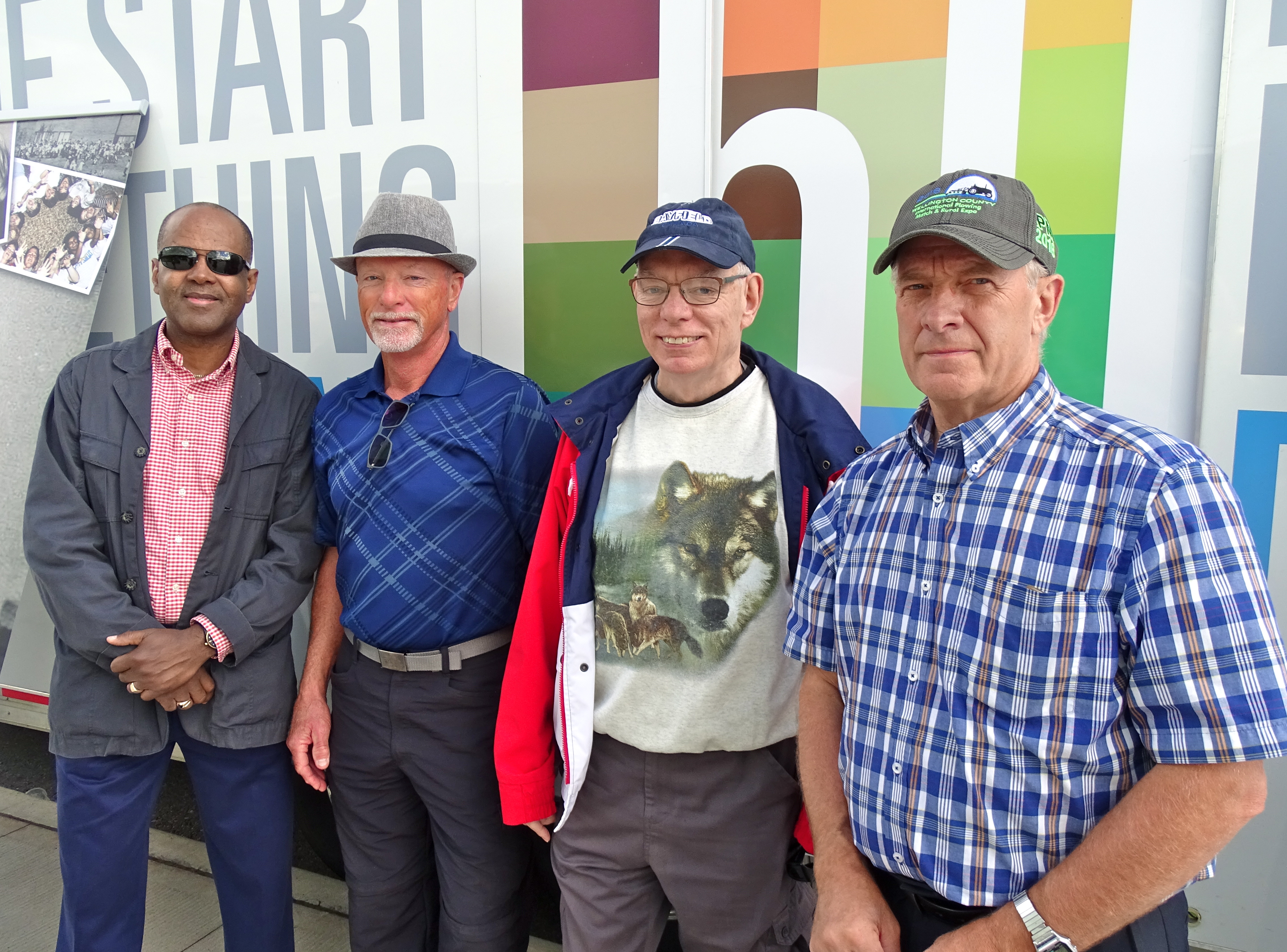 The tour celebrates the vital role colleges have played in delivering post-secondary education, recognizes the contributions college graduates are making at home and around the world, and highlights the partnerships between colleges and industry that have led to economic prosperity throughout Ontario’s communities.

During the Conestoga event, president John Tibbits welcomed guests and remarked on the growth of the college since its establishment in 1967. He highlighted the broad range of degree programs now available at Conestoga as well as the college’s role as a provincial leader in the delivery of trades and apprenticeship training.

Aimee Calma, president of CSI, Conestoga’s student association, reflected on the developments at CSI since it was first established in the late 60s as the Doon Student Association.

“We have certainly come a long way and our immense growth over the decades has always been driven by student feedback,” said Calma. “I hope you will find some joy today as we reflect on where we came from. CSI continues to be tremendously proud of our talented student community and all that we collectively accomplish annually.” 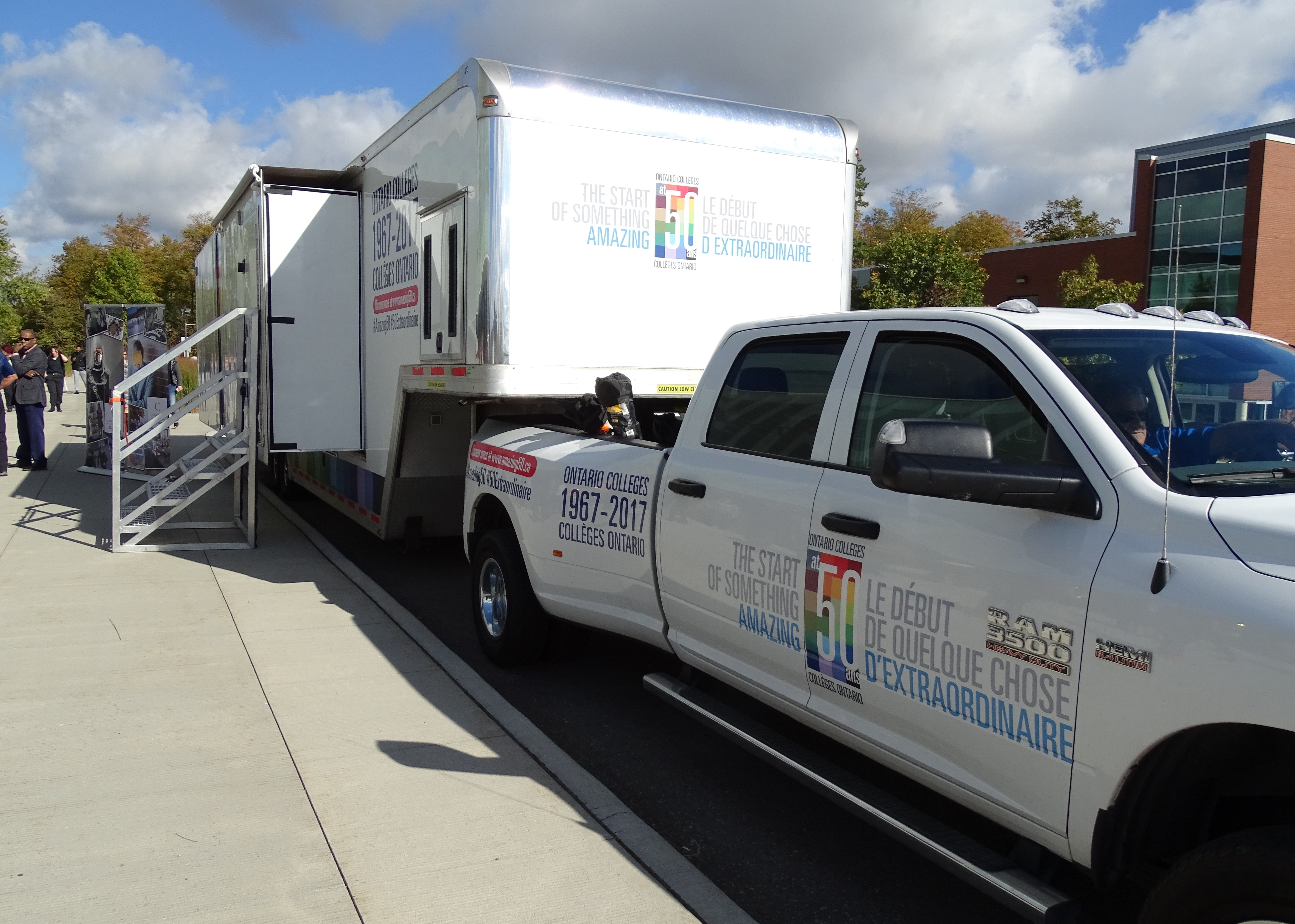 The Amazing 50 trailer celebrates the 50th anniversary of Ontario's college system. It will make stops at each of the province's 24 colleges this fall.

Guests at the event -- which included Conestoga students, employees, graduates and retirees -- were invited to enjoy a BBQ hosted by CSI and tour the Amazing 50 trailer. It featured a timeline highlighting Ontario college milestones over the past 50 years, a spotlight on leading-edge innovations at Ontario’s colleges, profiles of graduates’ successes in Canada and abroad, and a quiz to test visitors’ knowledge of the college system.

Guests were also invited to a cast a vote for one of the top ten finalists in the William G. Davis Innovation Fund contest, named after the former premier who served as Ontario’s education minister from 1962 to 1971 and introduced the legislation that established the college system.

Zoey Ross, a 2011 graduate of Conestoga’s Broadcast - Television program was named a finalist for his submission titled Kawartha Adventure Agency. Online voting through the Amazing50 website continues until November 5. The winner, who will receive $15,000 to fund their project, will be announced November 10.

The Amazing 50 tour started September 8 and will make stops at Ontario colleges until November 3.