Videography graduate Rachel Schoutsen has landed her dream job as the host of The Weather Network’s Toronto morning show and insists luck had nothing to do with it. 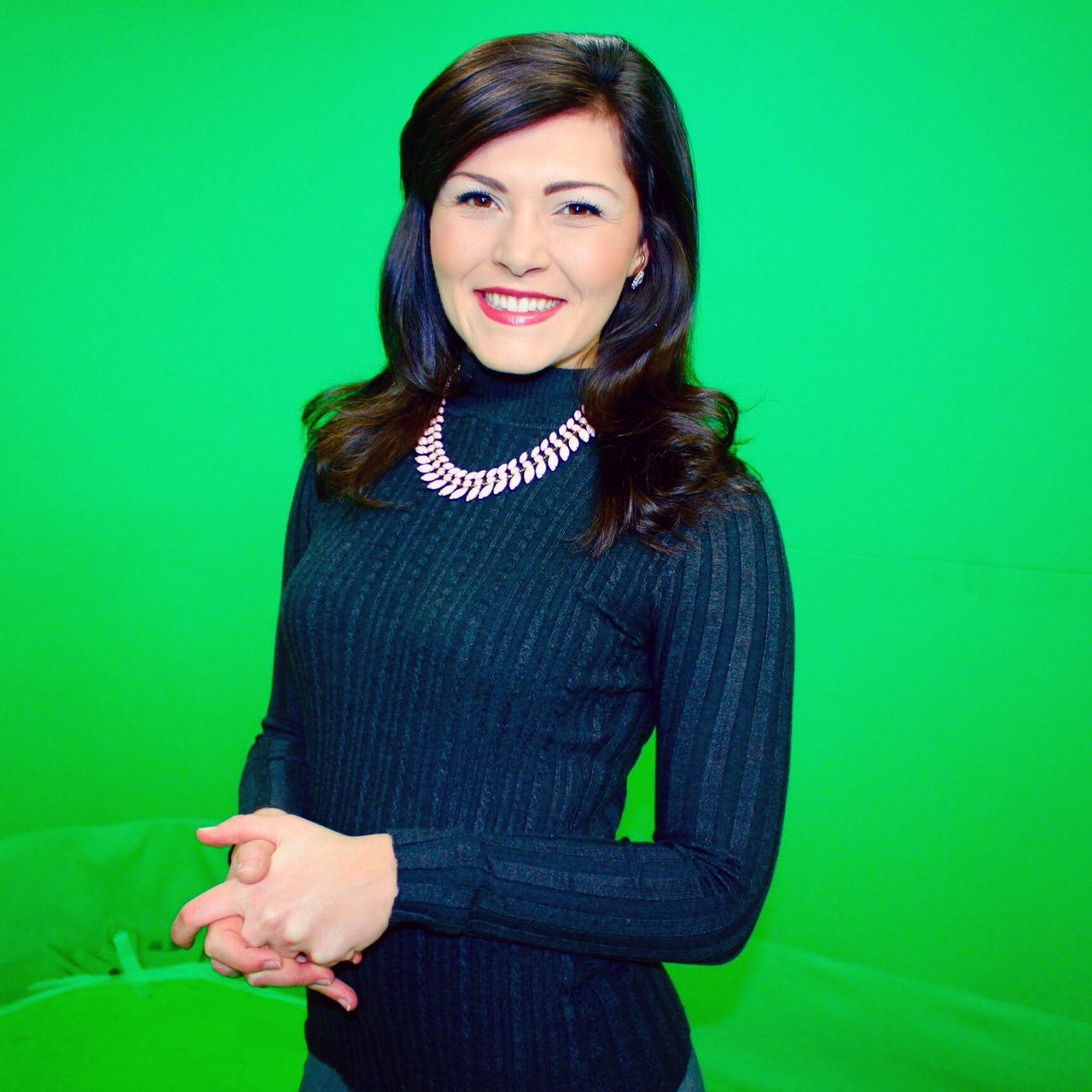 “Luck is preparation meeting the moment of opportunity,” explained Schoutsen during an interview at The Weather Network studio earlier this year.

She shared a similar sentiment during one of Conestoga’s spring 2015 convocation ceremonies when she provided an address to one of the graduating classes.

The phrase about luck was one she had picked up from an episode of Oprah, and said it was her own “a-ha moment,” explaining she finally had something to say to those who insisted her career was just a lucky break.

Schoutsen earned her dream job thanks to years of determination. “I had a goal—I’ve known since I was 11 that I wanted to be a weather presenter—and I kept working towards that goal. When the opportunity came I was ready.”

She first studied broadcast journalism at Wilfrid Laurier University and then completed a post-graduate program in videography at Conestoga. “I was the first video journalist hired at The Weather Network and that was a direct result of being at Conestoga,” said Schoutsen. “The program put me out of my comfort zone—in a good way.”

In 2011, while studying at Conestoga, Schoutsen began interning at The Weather Network and credits the multiple skills she learned at the college for helping her succeed past the internship. “I learned to work the camera, but I could also interview and build a story and that made a difference.”

With her dream job under her belt, Schoutsen now plans to further develop her lifestyle website, rachelschoutsen.com, and continues to advocate for running as a form of mental and physical strength. She has completed two full marathons and 10 half marathons and has inspired her followers—many of whom she connects with through Twitter—to start and keep running. She also hopes to inspire the next generation of broadcasters.

“You really have to put yourself out there,” said Schoutsen when asked what advice she’d give to students now. “Learn everything because one person is expected to do multiple jobs. You need to be able to interview and tell a story, as well as write a web story. And volunteer. While I was in school I started volunteering at Rogers Brantford and I learned so much. I went on air within the first month.”

This year, Schoutsen was one of six Conestoga alumni nominated for a Premier’s Award. Established in 1992 and presented annually, the awards honour and recognize the social and economic contribution that Ontario college graduates make to the province and beyond.

The 2017 Premier’s Awards gala will take place on November 27.