Conestoga students Tim Deslauriers and Sam Todd have finished this year's Skills Canada National Competition with silver medal wins. The event was held June 1 to 3 in Winnipeg and is Canada's only national, multi-trade and technology competition for students and apprentices. 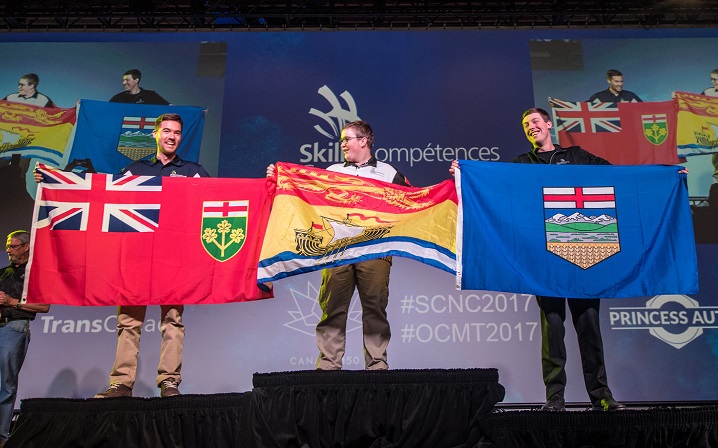 Deslauriers and Todd were among 550 of the country's most talented trades students. They participated in more than 40 competitions in categories that included robotics, cabinetmaking, welding and mechanical CADD.

The Conestoga students were presented with their medals at the Skills Canada closing ceremonies on June 3. They both earned their spots on Team Ontario after winning gold at the Ontario Skills Competition, held May 1 to 3 in Toronto. Deslauriers won in the Welding competition and Todd received his medal in Automotive Service.

Skills Canada was founded in 1989 as a national, not‐for‐profit organization that works with employers, educators, labour groups and governments to promote skilled trades and technology careers among Canadian youth.