Conestoga Connected, a weekly TV show produced by second-year students in the Broadcasting - Television and Independent Production program, has been awarded best News Magazine by the Broadcast Educators Association of Canada (BEAC), a national organization dedicated to promoting excellence in media education. 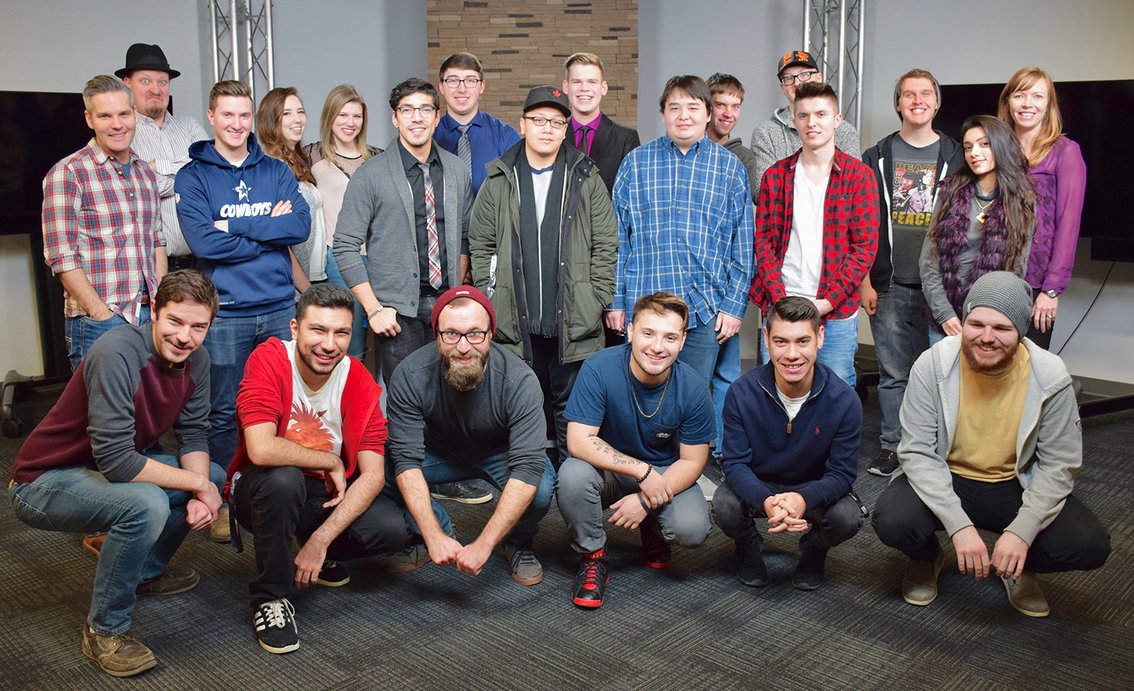 The Broadcast Educators Association of Canada has named Conestoga Connected the best student TV news magazine in Canada. The program is produced by second-year Broadcasting - Television and Independent Production students.

“Your entry was chosen as the best in Canada, a great accomplishment and a testament to your hard work and dedication,” said Ashif Jivraj, BEAC president, in a letter to Sam Murray-Brooks, one of the student producers of Conestoga Connected.

The award will be presented at the National Student Awards Gala on May 26 at the Sheraton Centre Hotel in Toronto.

Conestoga Connected is a half-hour show produced jointly by TV and Independent Production students in the Writer-Producer specialization and in the ENG-Videographer specialization. It started in 2009 as a web series and has been broadcast on Rogers TV since 2011. The show’s main host is Brandan Dietrich and the show’s senior editors are Connor Mallett and James McVicar.

This year’s show was made up of six regular segments, including Jamland TV (performances and interviews with musicians); Player Versus Player (a competition between two hosts); Parkways, People and Places (local travel destinations); Techscovery (profiles of technology start-ups); Tri-City Tales (local stories about interesting people); as well as one feature.

Students write proposals and then pitch segment ideas to executives at Rogers TV. Once the segments are approved, they work in teams to book interviews and locations, shoot, write and edit all components of the show. It’s the hands-on nature of the courses that prepares students for the field after graduation.

“This experience prepared me for the industry because, as the senior editor, I was always working on a deadline to get the show ready -- and fix anything that may have gone wrong -- in order to send it to the broadcasting station,” said Mallett.

Conestoga Connected in the TV and Independent Production program is taught under the direction of professors Kyle Christie and Rachelle Cooper, who act as executive producers of the show and ensure the quality meets the standards of the program and of Rogers TV, Cable 20, where the show airs several times each week.

Spaces are still available for Fall 2017 entry. For more information or to apply, visit the Conestoga website