Athletes of the Year honoured at awards banquet 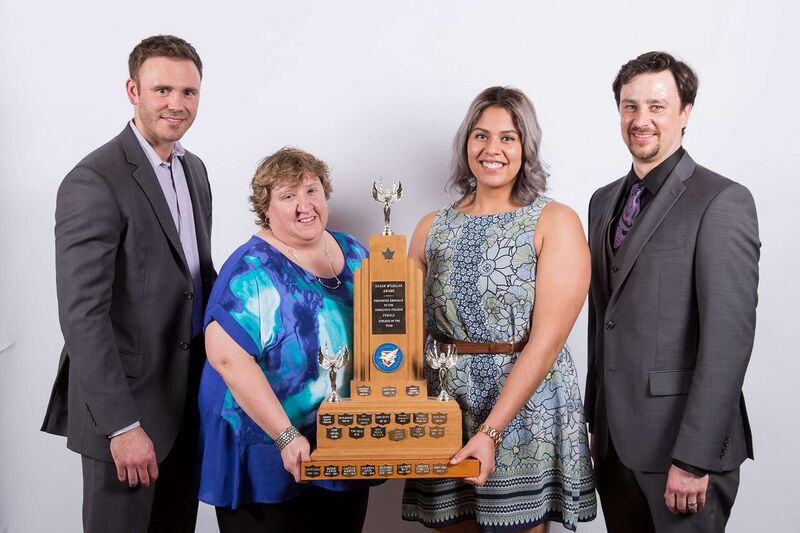 Rugby Sevens player Scarlett Jarquin, a student in the Bachelor of Science Nursing program, was named the Female Athlete of the Year. Jarquin played forward and was a league leader in scoring throughout the season, contributing two tries and 17 converts for 44 points in 15 matches. This year marked Jarquin’s third season with the Condors. She was also named the Rugby Sevens Player of the Year by the OCAA, received the Women's Rugby Coaches award, and her team finished the season as silver medalists.

“I was definitely surprised when my name was announced; there are so many amazing athletes at the college and I couldn't believe that I was chosen,” said Jarquin. “I'm filled with various emotions and I couldn't be happier to receive this award.” 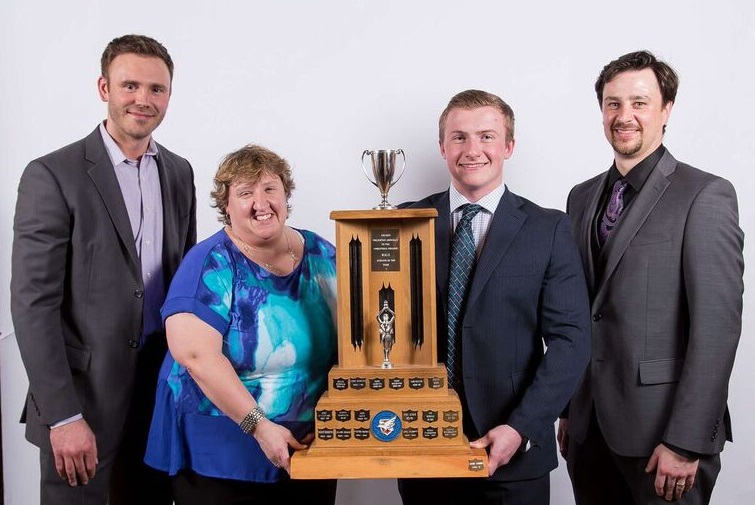 David Stumpf (third from left), a three-year veteran with the Men's Rugby team, was named Conestoga's Male Athlete of the Year.

Advanced Police Studies student David Stumpf was named the Male Athlete of the Year. Stumpf, a three-year veteran of the Men's Rugby team, plays the hooker position and battled injuries throughout the season.

Head coach Greg Dawkins said Stumpf contributed positively in every game played during the season, showing "true grit" on and off the field.

Conestoga's Athletics and Recreation department offers programming and facilities designed to engage students and enhance their health and wellness through varsity and extramural athletics, intramural sports and fitness classes. The Recreation Centre at the Doon campus provides a full range of recreation and athletic services and houses a 35,000 square-foot fitness centre outfitted with state-of-the art equipment. The Centre officially opened in 2016 and received a Design Excellence Award in 2017 by the Ontario Association of Architects.