T-shirts decorated with messages of hope and empowerment hung throughout the Atrium at the Doon campus on April 6 in celebration of Conestoga’s Clothesline Project. The activity was hosted by the Respect Campaign and Security Services to promote healthy relationships and raise awareness about ending violence against women, children and trans individuals. 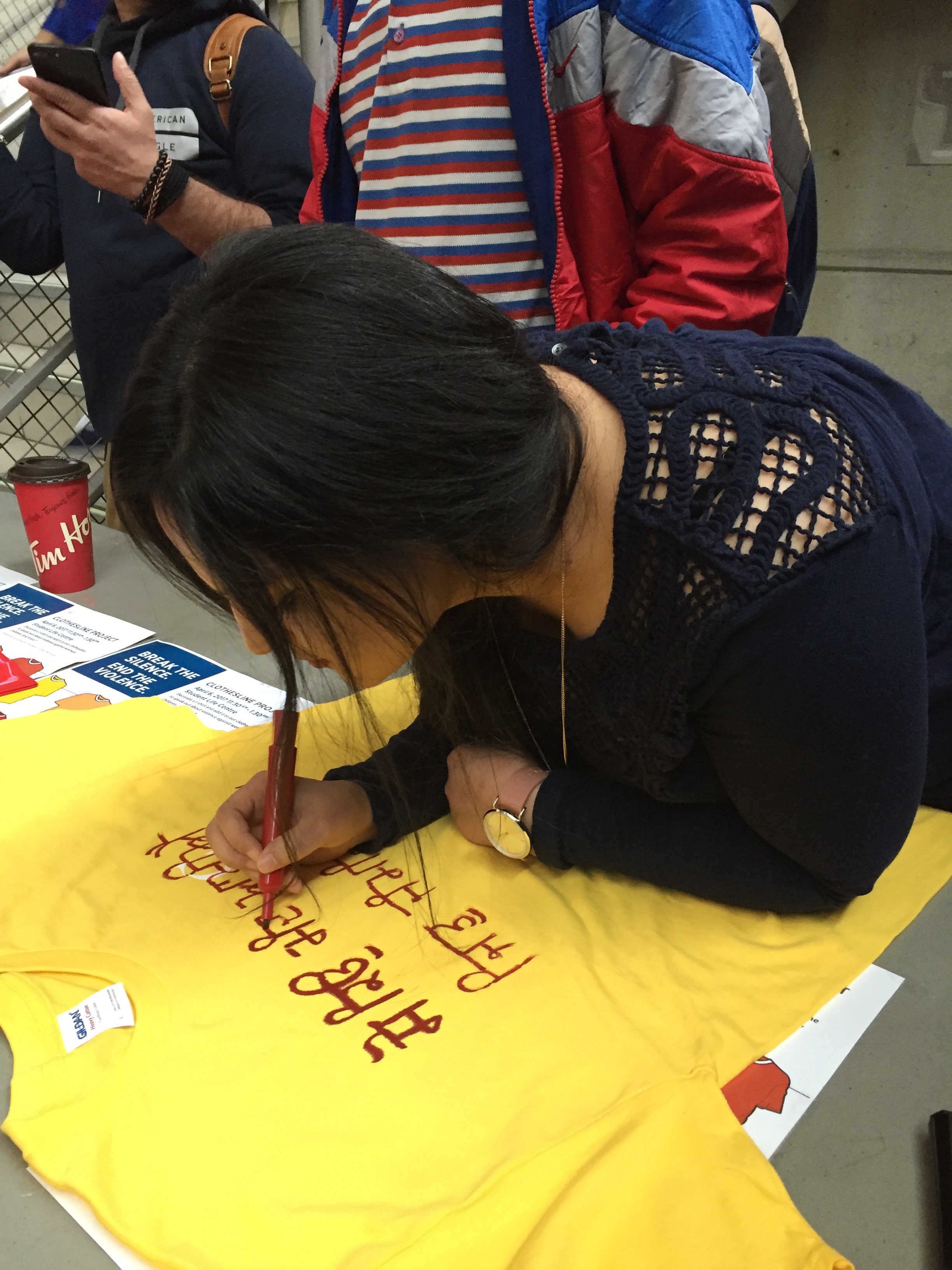 Fariba Khan works on a T-shirt for Conestoga's Clothesline Project on April 6. The quote, taken from the Sikh holy scripture, praises women.

The Clothesline Project started in the U.S. in 1990 to bring awareness to the issue of violence against women, representing survivors and victims by hanging t-shirts on a laundry line. Colleges and universities around the world have organized their own Clothesline Projects since then to raise awareness and help aid the healing process for those who have been affected by violent crimes against women.

“It's a busy time for students right now as they finish projects and prepare for exams, but we’re happy they could join us and spend some time working on a t-shirt. For many students, this exercise provides a wellness activity and a break from studying,” said Chrissy Orlowski, Student Life programmer - Community Initiatives. “We’re also pleased to have Security Services partner with us this year for the first time; they have been huge champions of the event. They provided supplies and Security staff decorated shirts and joined us today to support the event.”

Participants were provided with t-shirts and an assortment of paints and markers to decorate and customize them. “Love spreads peace” and “Break the silence” were among the messages that had been included on shirts. Employees and students at the Guelph, Waterloo and Cambridge campuses were also encouraged to decorate a shirt in advance so that it could be included in the display.

Like last year, Orlowski said quite a few International students were involved. Taranjit Singh shared a quote from the Sikh holy scripture on his shirt that praised women; he was joined by friends at the event who said participating in the Clothesline Project was important because they believed in equality for women and wanted to voice that.